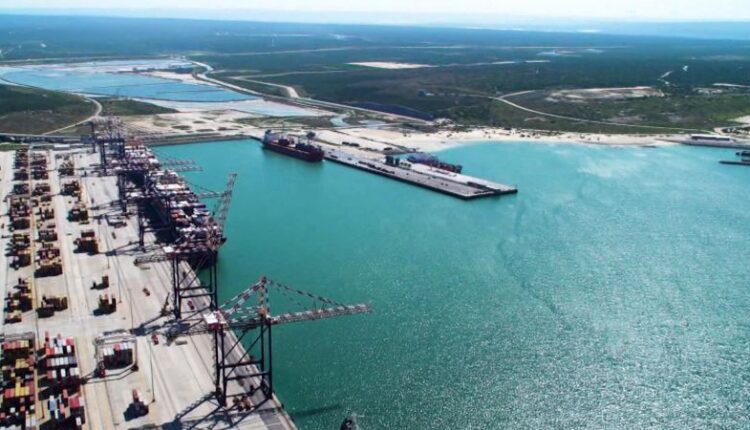 In Nelson Mandela Bay, in the Eastern Cape of South Africa, thousands of hectares of land could one day become the world’s largest green ammonia plant.

Ammonia, which is made up of nitrogen and hydrogen, is commonly used as a fertilizer. In the early 1910s scientists devised a way to synthesize it, but before then, the main agricultural fertilizer was guano, bat or bird excrement, which had to be obtained from tropical islands and was in short supply.

Production of ammonia at an industrial scale allowed agriculture to boom, and according to a study from the University of Manitoba, without it, we wouldn’t be able to produce roughly half of the world’s food today.

Ammonia is also used to manufacture explosives for the mining industry and is a key ingredient in many pharmaceutical and cleaning products. Currently, its production mainly involves fossil fuels and is responsible for 1.8% of global CO2 emissions. But by using renewable energy, “green” ammonia can be manufactured, slashing the carbon footprint of agricultural production and opening up the compound to further uses.

Prominent among them is the use of ammonia as fuel, which could help decarbonize the shipping sector. It is what the Mandela Bay plant will focus on. “It’ll start replacing heavy fuel oils on ships and it’ll replace diesel. That will become the fuel of the future, particularly in the maritime industry,” says Colin Loubser, managing director of Hive Energy Africa, which is building the plant.

The process to make green ammonia is quite simple, Loubser says, requiring just water, air and energy. Electrolysis is used to separate water into hydrogen and oxygen, and an air separation unit extracts nitrogen from the air. The hydrogen and nitrogen are then combined to produce ammonia.

“The process of making it green is that you’re using renewable energy for this. You’re not using fossil fuels, coal or gas to make it. It’s a completely green process,” says Loubser.

Projected to start operations in 2026, the plant will cost $4.6 billion. It will be powered by a nearby solar farm and will get its water — of which vast amounts are needed to make ammonia — from a local table salt factory that desalinates seawater.

At least 20,000 jobs will be created in the region over the lifespan of the project, according to Loubser.

It will be a welcome development for the area. “We were hit very hard by Covid,” says Asanda Xawuka of the Coega Development Corporation, the entity in charge of bringing employment to the region. “A number of jobs were lost in South Africa. For us in the Eastern Cape, the unemployment rate is sitting at over 50%. (This) means an investment of this nature with a number of jobs that are going to be created, it’s going to be very big.”

The shipping industry made up nearly 3% of global CO2 emissions in 2018. According to the International Energy Agency, ammonia will need to account for 45% of the global energy demand for shipping in 2050, for net zero scenarios to realize, which means it’s an essential component of a greener future. But green ammonia could also be burned in existing coal-fired power plants to quickly reduce their CO2 emissions, the study notes, or in plants customized to run entirely on ammonia.

One limiting factor is that ammonia is a pungent and toxic gas, so it needs to be handled by trained professionals. Using it as a fuel produces nitrogen oxides, which can act as greenhouse gases and cause air pollution, requiring additional technology to control emissions.

And many of the systems that will make use of green ammonia – including ship engines – are still under development, which is why production levels are low at the moment. However, production is expected to boom: according to a report by Precedence Research, the green ammonia market accounted for just $36 million in 2021, but will grow to $5.4 billion by 2030.