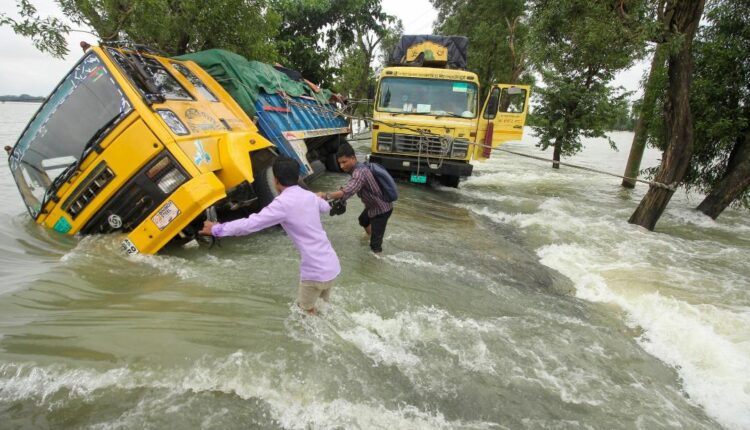 The South Asian nations, home to more than 1.3 billion people, have been particularly badly hit by the rains, prompting some of the worst flooding in the region in years, as extreme weather events become increasingly frequent due to the climate crisis.

In India, at least 48 people have died since June 14, after heavy rains battered the northeastern state of Assam, according to its disaster management authority, triggering landslides and causing river banks to swell. More than 5.5 million people have been affected in the state alone, the authority added.

Assam’s Chief Minister, Himanta Biswa Sarma, on Tuesday visited one of the 1,687 relief camps, housing more than 260,000 displaced people in the state.

“Our Govt will soon launch a portal for the affected people to register their livestock loss and other damages caused by floodwaters,” he wrote on Twitter. “A flood relief package too will be announced shortly.”

In the nearby state of Meghalaya, at least 25 people have died since June 9, with 11 still missing and 22 more injured, according to state officials.

In neighboring Bangladesh, flooding-related incidents, including electrocutions and landslides, have killed at least 22 people, according to officials.

As many as 4 million people, including 1.6 million children, have been stranded by the flash floods, according to UNICEF.

“The flooding is the worst in 122 years in the Sylhet region,” Atiqul Haque, Director General of Bangladesh’s Department of Disaster Management, told Reuters on Monday.

Health facilities have been inundated in Sylhet, while children were at heightened risk of drowning, according to UNICEF.

More than 36,000 children have sought refuge in overcrowded shelters, together with their families, UNICEF said.

Schools have been forced to close and exams have been canceled, further impacting their education following months of closures due to the coronavirus pandemic, it added.

Extreme weather events in South Asia are becoming increasingly frequent due to the climate crisis, with temperatures in parts of India and Pakistan reaching record levels during a heatwave in April and May. Scientists said the climate crisis had made the possibility of a record-breaking heatwave hitting India and Pakistan “100 times more likely.”
A 2022 report by the Intergovernmental Panel on Climate Change said they had medium confidence that heatwaves and humid stress would become more “intense and frequent,” and that “annual and summer monsoon precipitation will increase.”

Putin is back on the world stage in BRICS, China-hosted summit

5 Essential Dead Space Elements That Appear In The Callisto Protocol