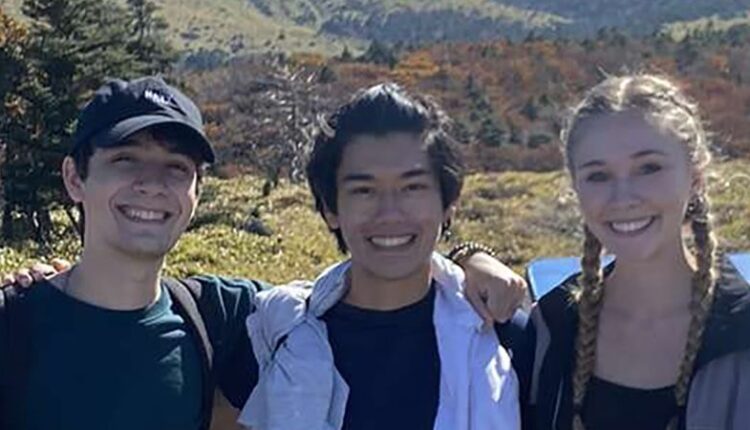 When he arrived in the South Korean city of Seoul in late August, American exchange student Steven Blesi quickly developed a wide circle of friends from around the world.

The 20-year-old from Atlanta was studying at the city’s Hangyang University, as part of a US study abroad program. He had planned to meet up with several people from the course on Saturday in the Itaewon district of Seoul, to celebrate Halloween with thousands of other young revelers.

But when he didn’t show up, his friends and family began a frantic search to track him down, before eventually learning that he had died in the crowd crush in an overcrowded alleyway which killed 156 mostly young people.

Blesi’s best friend on the program was Ian Chang, 21, from Florida, who was also his neighbor in their university dorms.

“We pretty much like adventures, doing spontaneous stuff,” Chang told CNN in an exclusive interview this week. “And just exploring the city.”

Blesi loved “dancing, drinking, having fun,” Chang said, and “every time he met someone new, he had a big impact on them.”

On Saturday night, Chang and Blesi were supposed to meet in the narrow streets of Itaewon, a popular district lined with nightclubs, bars and fast food outlets. The pair had been together earlier that day, then Chang had gone home to get changed.

“At the beginning we just wanted to go to Itaewon to see how it was, see what’s so special about Halloween there,” Chang said. “Because we heard from people (that) Itaewon is going to be big on Halloween.”

But when he arrived in Itaewon around 9:40 p.m., Chang began to realize the danger that was unfolding. He sent Blesi a Snapchat message at 10:17 p.m. urging him to avoid Itaewon, and to meet up in the neighborhood of Hongdae instead.

“It’s too packed. And there’s no place to go,” Chang’s message said.

As news spread of the horror that unfolded in the Itaewon alleyway over the next few hours, Blesi’s other friends also tried calling and messaging him.

“You can come to my place … it’s safe here. Where are you Steven?” messaged 24-year-old Belgian exchange student, Wassim Essebane, at around 1 a.m. on Sunday via KakaoTalk, a South Korean messaging app similar to WhatsApp.

Another friend, Stefanie Reuss, 22, was also trying to track Blesi down from her home more than 8,000 kilometers (4,970 miles) away in Austria. Reuss helped to raise the alarm, by posting messages on Instagram and Twitter trying to find him.

One of the people Reuss contacted was 19-year-old Olivia Kim from Houston, Texas, who had been dating Blesi for a few weeks. Kim had been planning to go to Itaewon on Saturday night, but changed plans at the last minute. She was due to go on a date with Blesi on Sunday afternoon.

“Steven and I have been talking to each other nearly everyday for about a month after going on our first date in early October,” Kim told CNN. “I immediately adored his emotional generosity, wit, adventurous spirit, and optimistic personality.”

Kim had lost contact with Blesi on Saturday, and when he still didn’t respond on Sunday morning, she began to worry that he was one of the victims.

“Maybe a half hour before this tragedy took place, I texted him in WhatsApp … ‘I know you’re out and about. Stay safe. I love you.’ And I never got a response back,” Blesi’s father said.

Over the next few hours, the repeated missed calls and messages went unanswered.

At around 6 a.m. on Sunday morning, Chang said Blesi’s mother had emailed him, looking for help in tracking down her son. Chang said they tried to call around the hospitals in Seoul, enlisting their Korean-speaking friends to help.

But around midday on Sunday, they all learned the news they feared the most, after being told by Blesi’s father, who had been informed by the US embassy.

Another American student from the program, 20-year-old Anne Gieske from Kentucky, also died in the crowd crush on Saturday night. She had been with Blesi earlier in the evening, although it’s not clear if they were together when they died.

Earlier in the evening, the young partygoers had thought the overpacked streets in the Itaewon district of Seoul were part of the fun of the Halloween experience.

“At the beginning we thought it was funny,” said Anne-Lou Chevalier, a 22-year-old French exchange student who survived the crowd crush. “We heard Halloween in Itaewon was amazing.”

But when an estimated 100,000 people eventually crammed into the narrow lanes and alleyways, panic began to set in.

“We (started) to be very, very stuck together and crushed, and then we heard some people screaming and crying,” Chevalier said.

“We were trying to help people, because there were a lot of people (who) couldn’t breathe,” said her friend 18-year-old Alice Sannier, also from France.

The friends got separated in the chaos of the crowd, and Chevalier fainted twice in the crush, adding that it felt “like dying.”

“I remember that I had no air, so I started suffocating,” Chevalier said. “Somehow I got evacuated with my friend, so I’m very, very lucky.”

The two friends said their slight frames made them more vulnerable.

“Because we are small in size, there (were) a lot of foreigners that were (much) taller and they were surrounding us, so at one point you cannot have some air, and then you start to freak out,” Chevalier said.

Sannier and several other eyewitnesses who spoke to CNN said that they saw multiple people pushing into the crowd, which is being investigated as a possible trigger for the domino effect that took place.

“Everyone was pushing, that’s why so many people were dying,” Sannier said, adding that they didn’t see any police officers when they were in the packed alleyway.

Records show eleven calls had been made to police to warn about the situation in Itaewon before the crush happened on Saturday evening, and the head of South Korea’s National Police Agency has said that the police response to those calls was “inadequate.” An investigation is underway.

Friends and families of the victims are only just beginning to process what happened to their loved ones, many of whom were just starting out in life.

“It is unimaginable,” Reuss told CNN.

Reuss had met Blesi when she spent three weeks traveling in Seoul in September. They had quickly become friends, partying together and doing karaoke and eating Korean barbecue, and they were making plans to travel together in Europe.

“He was curious about the world,” Reuss said. “He had so many dreams. I am very similar to him. It makes me sad.”

Blesi’s father said his son had “always been an adventurer.” He was an Eagle Scout, liked basketball and wanted to learn multiple languages, he said.

“He had an incredibly bright future that is now gone,” he added.

One of Blesi and Chang’s most recent adventures was a hiking trip a few weeks ago, to the mountainous island of Jeju off the southwest coast of South Korea.

“We (were) just all impressed by how far we’ve been from home,” Chang said. “Going on all these adventures together. And exploring something that we probably haven’t thought of a year ago.”

As well as hiking and enjoying the food and nightlife of South Korea, Blesi also loved its cultural traditions.

“He’d never been to Asia so he really wanted to explore,” Chang said. “He was really excited to go into, for example, temples.”

His friend Essebane told CNN that Blesi was “an absolute great guy.”

“He was kind, open, made you feel comfortable, had such a warm personality, and he was funny,” Essebane said. “I’ll never forget about him.”

In only a few months of knowing each other, Chang said he had come to think of Blesi as his “brother.”

“Steven was the kindest person there ever was,” Chang said.

“I’m just glad to have had him in my life,” he added. “I wish I could have made more memories with him.”

Turn Your Rising Home Equity Into Cash You Can Use