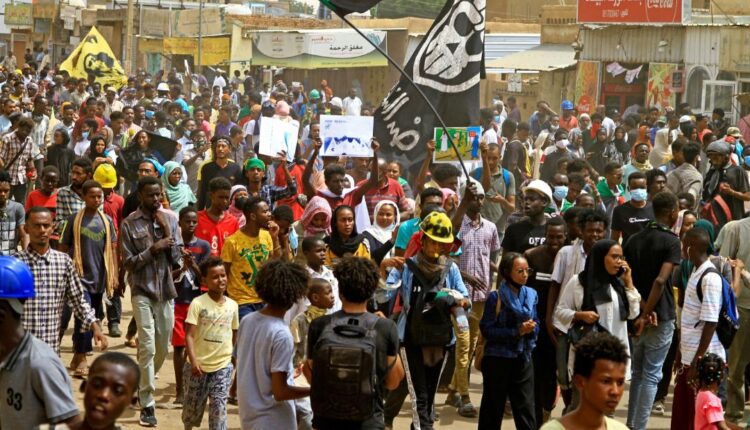 Relatives were also threatened in a bid to silence suspected leakers. One source said authorities were “harassing us, harassing the people we love, desperately hunting for leaders. It’s a clear message. Authorities are scared and they’re responding in the only way they know how: with violence.”

Thousands of protesters rallied in the Sudanese capital Khartoum on Sunday calling for an end to military rule following the CNN investigation, accusing Sudan’s military leadership of being “thieving soldiers.”

The investigation, based on multiple interviews with high-level Sudanese and US officials and troves of documents reviewed by CNN, painted a picture of an elaborate yearslong Russian scheme to plunder Sudan’s riches in a bid to fortify Russia against increasingly robust Western sanctions and buttress Moscow’s war effort in Ukraine.

The evidence uncovered by CNN also suggests that Russia has colluded with Sudan’s military leadership, enabling billions of dollars in gold to bypass the Sudanese state and depriving the poverty-stricken nation of hundreds of millions in state revenue.

Clashes erupted Sunday after hundreds of demonstrators attempted to head to the Republican Palace — Sudan’s presidential offices — but were met by police, who responded by firing tear gas at the protesters.

On Friday, Sudanese pro-democracy groups, including the influential “Revolutionary Committees,” had called for a “million man march” to take place the following day.

Evidence seen by CNN also suggests that Russia colluded with Sudan’s beleaguered military leadership, enabling billions of dollars in gold to bypass the Sudanese state and to deprive the poverty-stricken country of hundreds of millions in state revenue.

The investigation was shared widely in Sudan and caused public outcry. Hours after the report was broadcast, posts began circulating on WhatsApp and other social media platforms used by pro-democracy activists.

“The investigation conducted by CNN is hugely important to us. It looked into the crucial issue of the conflict over resources, especially important in a poor country like Sudan,” Mohamed Al-Faki Suleiman, a leading Sudanese pro-democracy figure and former acting head of the civilian anti-corruption committee, told CNN.

On Saturday, the head of Sudan’s national mining corporation Mubarak Ardol criticized the investigation on Twitter, calling it “weak and imprecise” and its numbers “exaggerated and imaginary.”

CNN has reached out to Sudan’s military rulers but has not received a response.