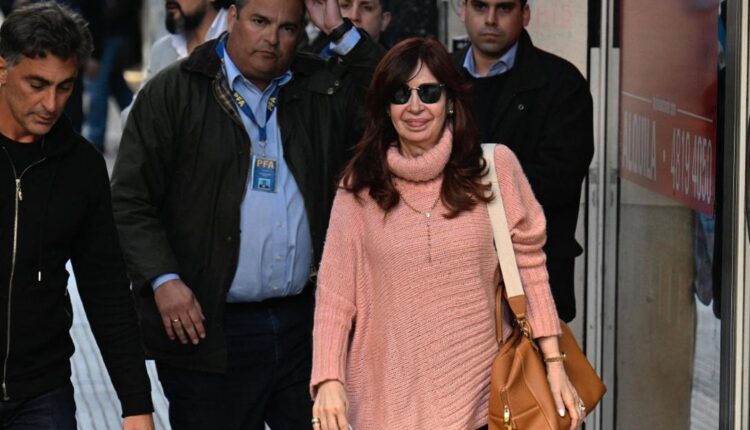 Argentine authorities have identified Fernando Sabag Montiel as the suspect who approached Fernández de Kirchner with a loaded gun outside her home in Buenos Aires on Thursday in what appears to be a failed assassination attempt.

A police spokesperson told CNN Sabag Montiel had a weapons permit but was arrested in 2021 for carrying a large knife in public, adding that he has at least one tattoo with Nazi symbols.

Migration office officials said he was born in the Brazilian city of São Paulo on January 13, 1987, and had been living in Argentina since 1993.

Video of the incident shows Fernández de Kirchner smiling as she walks by a large crowd of supporters. A man then surges forward and points a gun at her face.

No bullets were fired and the vice president was unharmed, though the Argentine Ministry of Security later confirmed the .380 firearm used in the incident had bullets inside.

“Cristina is still alive because — for some reason we can’t technically confirm at this moment — the weapon, which was armed with five bullets, did not shoot although the trigger was pulled,” Argentina’s President Alberto Fernández said in a televised address late Thursday.

The attack on Fernández de Kirchner, who served as the country’s President from 2007 to 2015 before taking office as vice president in 2019, has shocked the nation and wider region.

Leaders from Mexico, Cuba, Chile and Venezuela have all reacted to the news in horror and expressed their solidarity with Fernández de Kirchner, while the Argentine President declared Friday a national holiday so the public could rally in support.

Sabag Montiel’s girlfriend, who took part in a live interview on Argentine national television following his arrest, said she too was struggling to make sense of what happened.

Sabag Montiel was a “good, hard-working man” who had shown no signs of violence “in recent weeks”, said his girlfriend, identified in the interview only by her first name, Ambar.

She said she had last seen him on Wednesday and could not understand “why he did what he did.”

“In all honesty, I was not aware of all this. [Sabag] did not tell me any detail,” Ambar said.

Sabag is currently in custody while awaiting trial on a charge of attempted murder and has been assigned a public defense attorney, according to two magistrates.

Supporters of the vice president have been holding rallies near her home for several days to oppose a request by prosecutors that she serve a 12-year prison sentence for alleged corruption. Last weekend, clashes between her supporters and police injured 14 law enforcement officials and led to four arrests.