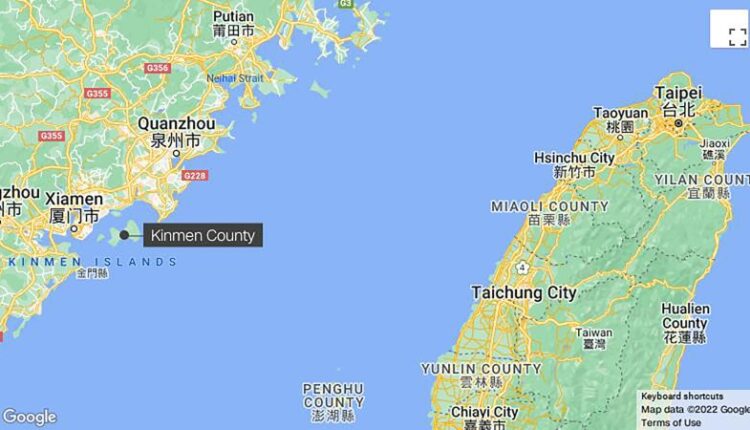 Taiwanese soldiers on Tuesday fired flares at three unidentified drones that flew near Kinmen County, an offshore grouping of islands, before firing warning shots at one drone which re-entered the area above one of the islands, according to the Kinmen Defense Command.

All three drones later flew back toward the Chinese mainland, according to the Defense Command. Kinmen County is governed by the self-ruling island of Taiwan, which Beijing views as its territory despite never having controlled it.

It was not clear who was flying the unidentified drones.

On Tuesday, Taiwan’s President Tsai Ing-wen said during a troop inspection that she had ordered the island’s Defense Ministry to take “necessary and forceful countermeasures as appropriate” against what she called Chinese grey zone warfare tactics, including “drone harassments.”

“We will not give China the pretext to create conflict. We will not provoke disputes and we will be restrained, yet that does not mean we will not counteract,” Tsai said.

The Chinese government has not yet commented on the incident. However, a spokesperson for China’s Ministry of Foreign Affairs was asked Monday about previous reports of private drones flying in the area and responded: “I have seen the videos too. Chinese drones flying over China’s territory – what’s there to be surprised at?”

Kinmen County is made up of several islands and islets between the mainland coastal Chinese city of Xiamen and Taiwan’s main island.