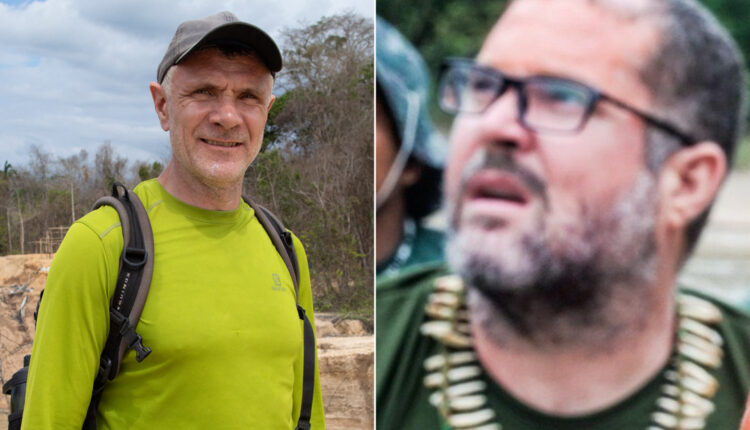 No clear explanation has yet been made for their disappearance, but Brazilian president Jair Bolsonaro on Monday said he believed they had been victims of “malice.” The case has drawn global attention to the perils often faced by journalists and environmental activists in Brazil.

Phillips, a veteran journalist who reported extensively on Brazil’s most marginalized groups and on the destruction that criminal actors are wreaking on the Amazon, had traveled with indigenous affairs expert Pereira to research conservation efforts in the remote Javari Valley.

Though formally protected by the government, the wild Javari Valley, like other designated indigenous lands in Brazil, is plagued by illegal mining, logging, hunting and international drug trafficking — which often bring violence in their wake, as perpetrators clash with environmental defenders and indigenous rights activists.

Between 2009 and 2019, more than 300 people were killed in Brazil amid land and resource conflicts in the Amazon, according to Human Rights Watch (HRW), citing figures from the Pastoral Land Commission, a non-profit affiliated with the Catholic Church.

And in 2020, Global Witness ranked Brazil the fourth most-dangerous country for environmental activism, based on documented killings of environmental defenders. Nearly three quarters of such attacks in Brazil took place in the Amazon region, it said.

Indigenous people in Brazil have been the frequent targets of such attacks, as well as suffering campaigns of harassment. In early January, three environmental defenders from the same family who had developed a project to repopulate local water with baby turtles were found dead in Brazil’s northern Pará state. A police investigation is ongoing.

After attending the COP26 climate talks in Scotland last November, the home of environmental and indigenous leader Alessandra Korap was reportedly raided by unknown attackers; another indigenous activist, Txai Suruí, said she was threatened online and in person after her speech in Glasgow.

The lure of valuable resources in the forest mean incursions into indigenous lands and violence against those who resist is nothing new in Brazil. But some experts say Bolsonaro’s rhetoric and actions have created a culture of impunity.

Earlier this month, Bolsonaro signed an environmental decree that establishes higher fines for deforestation, illegal logging, burning, fishing and hunting, with the government saying it is “an important step in the environmental law.”

But in a series of actions since he came into power in 2019, Bolsonaro’s administration has effectively weakened federal environmental agencies, demonized organizations working to preserve the rainforest, and rallied for economic growth on indigenous lands, arguing that it is for indigenous groups’ own welfare.
His rhetoric in particular — with calls to “develop,” “colonize,” and “integrate” the Amazon — has “effectively given a green light” to criminal networks involved in the illegal logging and mining trade, said César Muñoz, a senior Americas researcher at HRW and an expert on environmental defenders in indigenous communities.

And although Bolsonaro’s administration has previously deployed the country’s military to defend the Amazon from illegal logging and land clearing, Munoz says the move ultimately sidelined staffers from the country’s environmental agency IBAMA, resulting in the loss of environmental expertise.

IBAMA and the President’s office did not respond to CNN’s requests for comment.

Roberto Liebgott, southern region coordinator of Brazil’s indigenous Missionary Council, an indigenous rights advocacy group affiliated with the Catholic Church, points to cultural biases and stereotypes at the root of criminal activity in the Amazon.

At least two narratives are fueling the violence, Liebgott told CNN, “The first is linked to the idea that indigenous people are not subject to rights like other humans, perpetuating the narrative of the ‘savage’ and, as such, can be assaulted, attacked, expelled or killed.”

The second, he said, “is linked to the narrative that indigenous people do not need land and that everything is done for them.”

Bolsonaro’s rhetoric has also been known to advance such stereotypes, claiming in a 2020 video broadcast that indigenous Brazilians are still “evolving.” That same year, he described a long held “dream” to open indigenous reserves to mining.
In contrast, Phillips’ reporting had focused on the threats posed by illegal mining and cattle ranchers to uncontacted indigenous groups, and highlighted efforts that indigenous people were taking to save their environment.

It is one of the many reasons why his and Pereira’s work is so crucial, says Munoz, and why their disappearance is so heart wrenching.