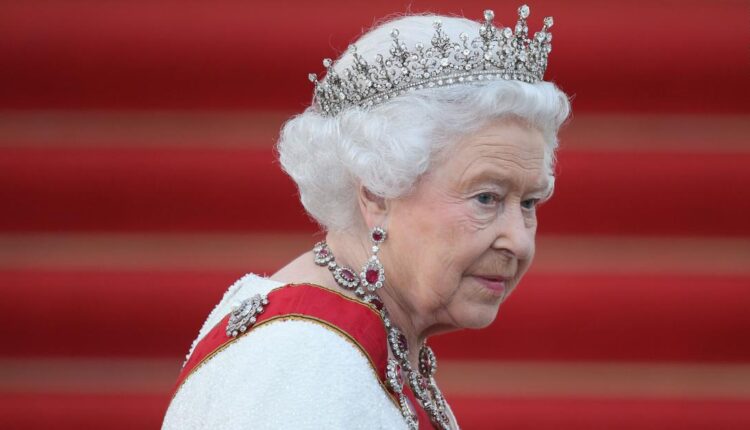 Elizabeth’s death comes seven months after she marked the 70th anniversary of her accession to the throne, yet another milestone achievement in the remarkable life of a queen who, though reluctantly thrust into the spotlight at a young age, won almost universal praise for her steadfast dedication to duty.

Her long reign saw Britain transformed from a war-weary declining imperial power into a modern multi-cultural state that rarely looked to its monarch for leadership, but still held her in high esteem.

And while it witnessed its fair share of joy — not least the 2011 marriage of the Queen’s grandson Prince William to Catherine Middleton, and the birth of their three children — Elizabeth’s rule also weathered many storms, both public and personal, as the monarchy tried to keep pace with changing times.

Elizabeth Alexandra Mary was born in 1926, the first child of the Duke and Duchess of York.

But she didn’t become heir presumptive to the throne until 1937, when her father was crowned King George VI after the scandalous abdication of his older brother — events dramatized in the Oscar-winning film “The King’s Speech” and hit Netflix show “The Crown.”

While living out the Blitz on London in nearby Windsor Castle, she was privately tutored in matters of constitution by Henry Marten, an eccentric yet respected teacher who reputedly kept a pet raven in his study.

She began taking tentative steps into public life in 1940 when, aged 14, she made her first radio broadcast: a speech to children displaced by the conflict. At 16, she was made an honorary colonel of the Grenadier Guards, a British army infantry regiment.

Wartime offered her certain freedoms beyond the traditional constraints of royal life.

In 1945 she joined the Auxiliary Territorial Service and spent four weeks getting her hands covered in oil and grease as she learned to drive and maintain military vehicles.

When victory was declared in Europe, a uniformed Elizabeth mingled with jubilant crowds outside Buckingham Palace.

Peacetime brought the return of Lieutenant Prince Philip of Greece and Denmark, a handsome young naval officer who had, by all accounts, won her heart when she was just 13. The pair married in Westminster Abbey in 1947. Their first son, Charles, was born just over a year later.

With her father’s health in rapid decline, Elizabeth began accepting more official duties, taking his place at the annual “Trooping the Colour” military parade in 1949.

In 1952, while Elizabeth and Philip were on an official trip to Kenya, news came of her father’s death.

She was now Queen.

The next decade saw the young monarch settle into her role. After her coronation in 1953, she embarked on numerous official trips, oversaw state openings of parliament, welcomed visiting leaders such as Dwight Eisenhower, Charles de Gaulle and Soviet premier Nikita Khrushchev, and toured a coal mine.

In 1964, the Queen became a mother for the fourth time as new son Edward joined Charles and fellow siblings Anne and Andrew. There was, however, barely any let-up in her busy schedule.

By the arrival of her third decade on the throne, she was in her element. Prince Charles was embarking on a military career, Princess Anne, an acclaimed horsewoman, was married — drawing huge crowds of well-wishers.

While indulging in her own equestrian pursuits, she continued to throw herself into public life, clocking up dozens of overseas tours and official visits around the UK — one of which, in 1976, saw her become one of the first people to send an email.

There were family problems when her sister’s marriage collapsed, and constitutional issues as debate grew among Commonwealth countries about the role of the monarch, but these failed to dampen celebrations to mark the silver jubilee of her reign in 1977.

Another royal wedding followed in 1981 when Prince Charles married Lady Diana Spencer at London’s St Paul’s Cathedral. Millions of people around the world watched the ceremony on television, happily unaware it would usher in the most turbulent period yet of the Queen’s life.

To cap it all, a huge fire ripped through Windsor Castle, causing major structural damage. In the wake of the blaze, a furor broke out when it was suggested that public money be used to fund the restoration.

This year was not one “on which I shall look back with undiluted pleasure,” the Queen said in a speech later. “In the words of one of my more sympathetic correspondents, it has turned out to be an annus horribilis.”

These problems overshadowed the Queen as she made an historic visit to meet South African President Nelson Mandela in 1995, but criticism reached new heights in the wake of Diana’s tragic death in 1997, when the royals were accused of being aloof and out of touch amid widespread public outpourings of grief.

This marked a turning point.

After days of silence, the Queen returned to London, talked to mourners and admitted there were lessons to be learned from Diana’s life. The gestures struck a chord with the public and criticism ebbed away.

After Diana, the Queen’s popularity rebounded as she presided over what appeared to be a softer, more accessible and thoroughly modern royal family.

This was evident in 2005 when, to public approval, she assented to the previously unthinkable marriage of Prince Charles and Camilla Parker Bowles. It was capped eight years later when Britain’s parliament ended the principle of men taking precedence over women in the line of succession to the throne.

She witnessed two of her grandsons, Princes William and Harry, graduate as military officers in 2006 and five years later oversaw the marriage of William and Catherine, the woman who — as the wife of the now heir to the throne — will one day succeed her as Britain’s Queen. She also attended the wedding of Harry to Meghan Markle at St George’s Chapel, Windsor in May 2018.

In 2012, the Queen’s diamond jubilee was celebrated around the Commonwealth, culminating in a glittering river pageant on the Thames in London, and a concert showcasing some of the best music from her six decades on the throne.

Three years later, she surpassed Queen Victoria’s 63-year-rule to become the longest-reigning British monarch and, in 2016, she marked her 90th birthday with a series of festivities and goodwill messages from around the world.

In February 2022, she marked the start of her platinum jubilee year, as she became the first British monarch to reign for 70 years.

The Queen’s final years were punctuated by challenges as well as celebrations, however.

As the novel coronavirus swept through Britain in 2020, she gave two televised addresses in quick succession, one calling for unity in the face of the pandemic and the other, still amid a national lockdown, to mark the 75th anniversary of VE Day.

But while rallying the nation’s spirits, the Queen was facing upheaval within her own family. Less than two years after their spectacular Windsor Castle wedding, Harry and Meghan announced that they were stepping back from their roles as senior royals and leaving Britain.

They subsequently set up home with son Archie in California and, in a March 2021 interview with Oprah Winfrey, accused “the firm” of leaving Meghan unprotected against racist abuse and unfair media coverage, as well as having neglected her mental health concerns. The couple — whose daughter Lilibet, named in honor of the Queen, was born in June 2021 — also made a damaging allegation of racism by an unnamed member of the royal family, although Winfrey later said they had clarified that this was neither the Queen nor Prince Philip.

Meanwhile, Prince Andrew, often referred to as the Queen’s “favorite son,” had been forced to step back from public duties after a disastrous 2019 interview with the BBC over his association with prominent sex offender and disgraced financier Jeffrey Epstein. In January 2022, the Queen sought to distance the royal institution from a civil sex abuse lawsuit brought against Andrew in the United States by stripping him of his HRH status and royal patronages permanently. He subsequently settled the case out of court for an undisclosed figure and continues to reject the allegations against him.
In April 2021, the Queen suffered the loss of Prince Philip, her husband of 73 years and the longest-serving consort in British history. Pandemic restrictions meant she cut a lonely figure at his funeral, scaled back in terms of guests but still marked with military pomp.

Elizabeth returned to her royal duties within days, now a widow but still dedicated to a lifetime of service. She even continued with light duties after testing positive for Covid-19 in February 2022.

But as the year wore on, the monarch was forced to significantly slim down her diary due to mobility issues. On Tuesday, she met with outgoing Prime Minister Boris Johnson and his successor, Liz Truss, at Balmoral Castle in Scotland, rather than traveling to Buckingham Palace to do so.

The nation had come together to mark her platinum jubilee in June 2022 — a crowning achievement in a long and storied life.

By the time of her death in September, she had reigned for a little over 70 years — a constant, if regally distant, presence in the lives of several generations of Britons.