The Sights Of Tokyo Game Show 2022 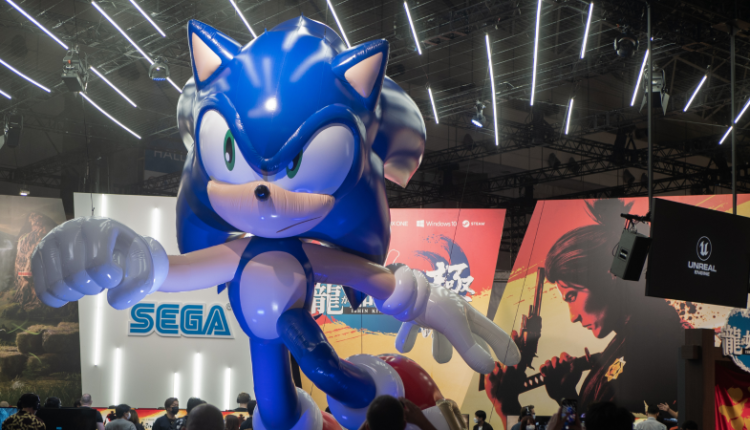 
Let me fill you in on a little secret most people won’t tell you: the real way to enjoy a video game show is at home, comfortably on your couch, watching the event on YouTube.

Over the years, the game press has done a remarkable job tricking you into thinking otherwise. The shows look extravagant, energetic, and almost like we’re getting glimpses into the future, which we then curate into bite-sized news stories and on-demand trailers for our faithful readers back home.

The reality is much more depressing.

Whether it’s E3, PAX, Gamescom, or in this case, Tokyo Game Show, going to a video game trade event means dealing with the near-lethal combination of jetlag and overwork. The brutal FOMO of being in some of the coolest cities in the world but spending all your time in convention halls. The unbelievable cacophony of thousands of people talking at once. The unbelievable smells of thousands of people all standing too close to each other. The never-ending lines of thousands of people all needing to use the toilet at the same time. This doesn’t even touch on the unavoidable safety concerns of having a video game conference in the midst of an ongoing pandemic. But I digress.

All that said, there’s some fun stuff to look at, like big, gaudy statues and giant booths that likely cost tens of thousands of dollars for games you’ve never heard of and likely will never play. Stuff that really makes it all worth it.

While we’d love to fly each and every one of you out to Tokyo, sadly, we only had the budget to fly out two of our full-time employees. So in lieu of attending yourself, please enjoy my curated batch of pictures of what I saw on the show floor.

We’re all thinking it so let’s just get this one out of the way first: Game of the show! This game looks COOL. Can’t wait. 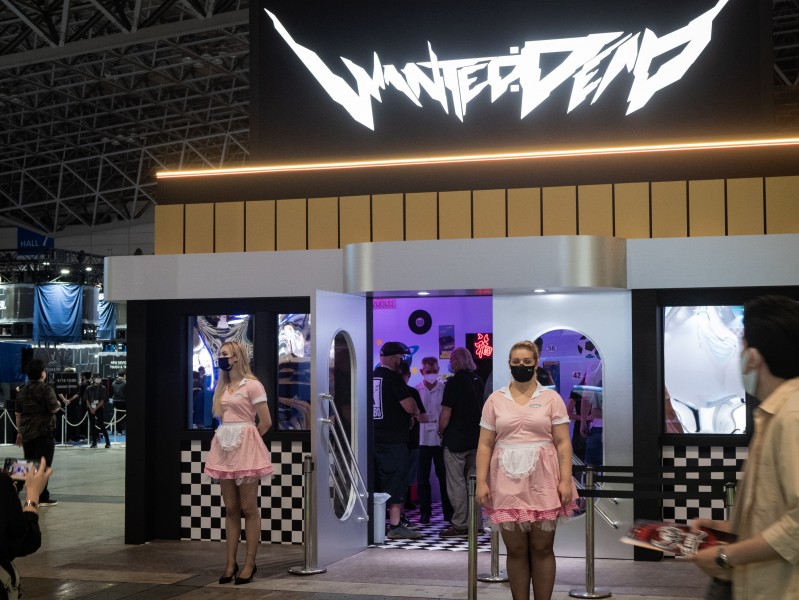 If you read my Wanted: Dead preview a few issues ago, you’ll know I’m as excited for this game as these booth companions. Neat diner, though. 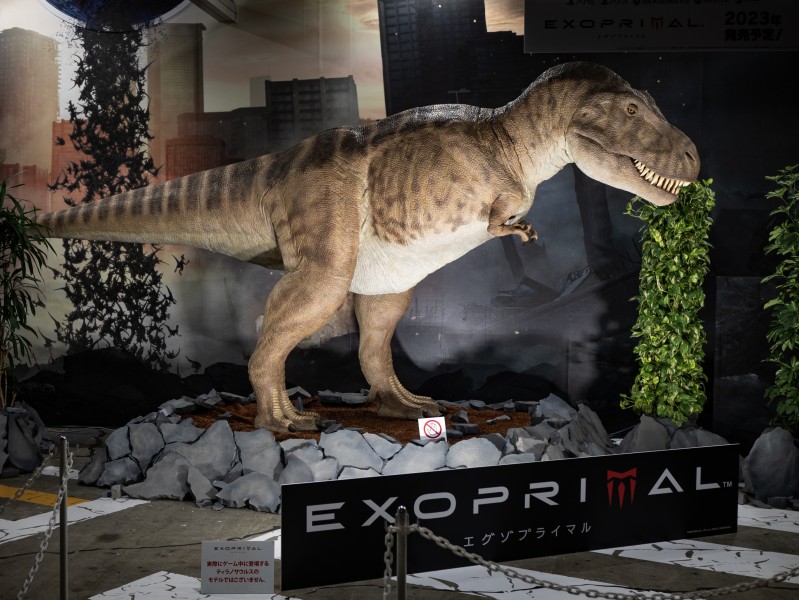 This dinosaur moved and roared and I nearly missed a demo because I was watching it for so long. I love dinos. I recently rewatched the first Jurassic Park and there’s a strong case to be made that it’s the blueprint for the perfect film. 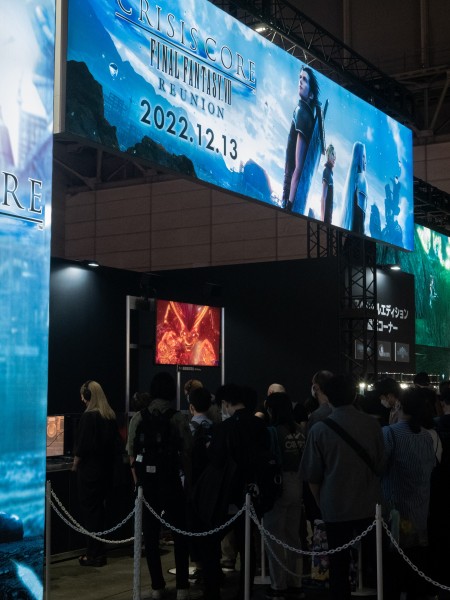 This is cool and all but when are they going to remake Advent Children? 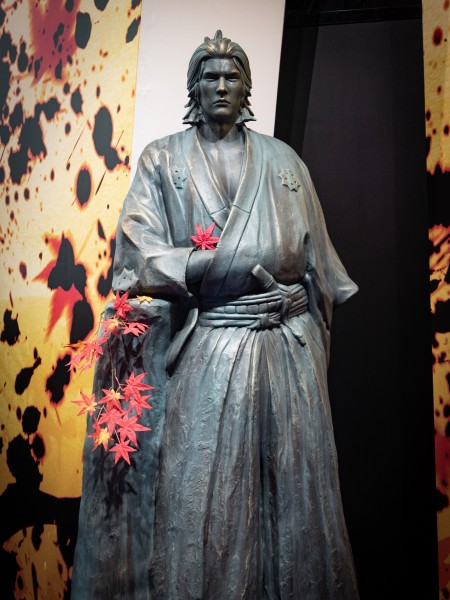 This is my Dad. 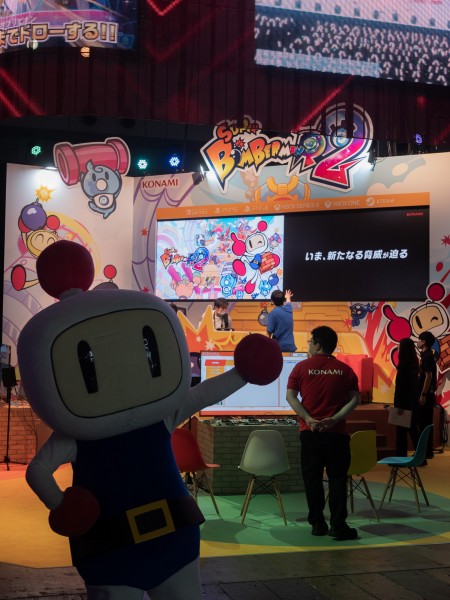 As we walked by, Marcus told me, “You HAVE to take a picture of Bomberman.” So intense was he that I dared not defy him. I shiver thinking what might’ve happened had I not taken this photo. 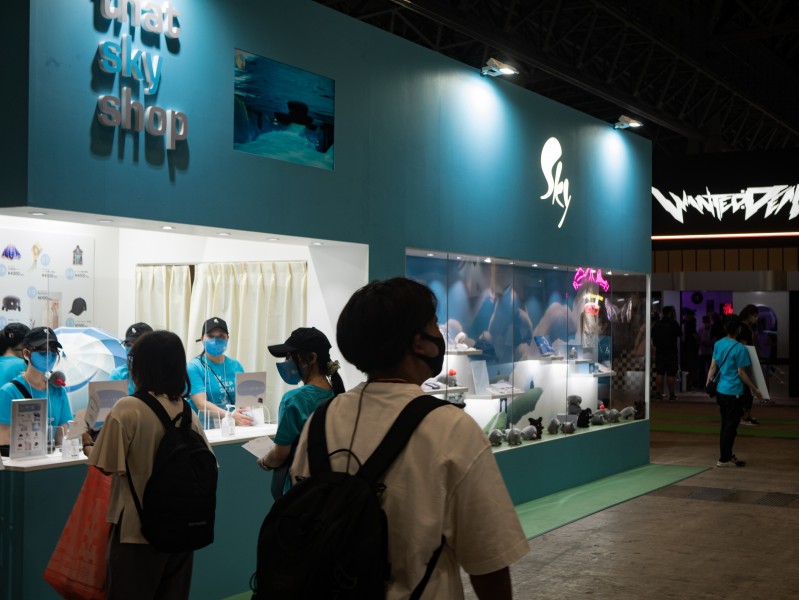 In the States, Thatgamecompany’s Sky came and went. But in Japan, it’s a big deal! It was really cool seeing it on the show floor. Sky is a great game. You should play it. 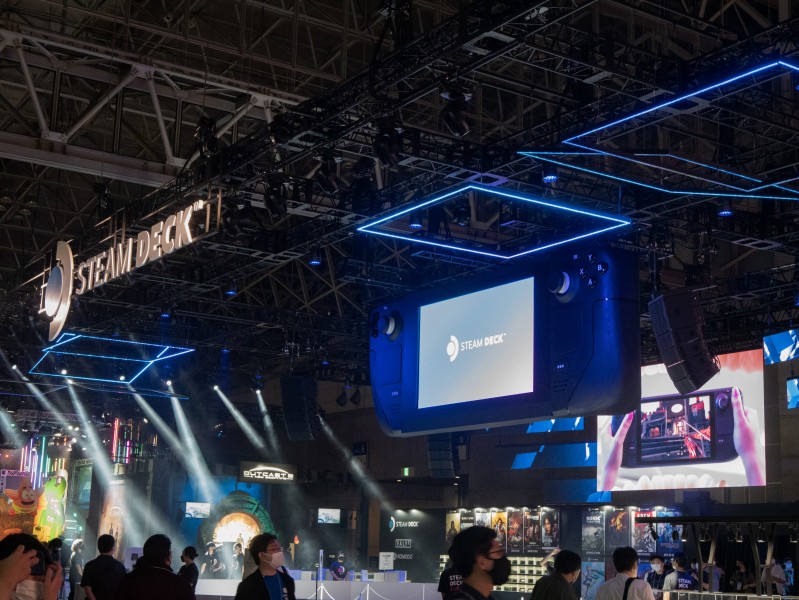 Here’s the obvious joke so we can move on: It’s only slightly bigger than the real thing! 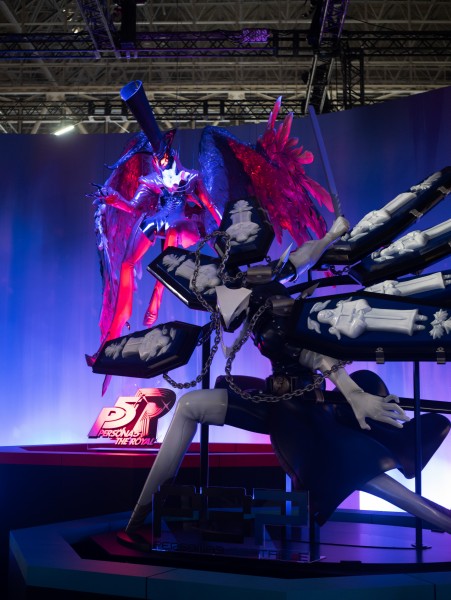 I’ve always wondered what happens to these big statues after a convention’s over? Do they go to other shows? When they’re retired, what happens? Is there a landfill somewhere full of these things? Someone let me know; I want to visit. 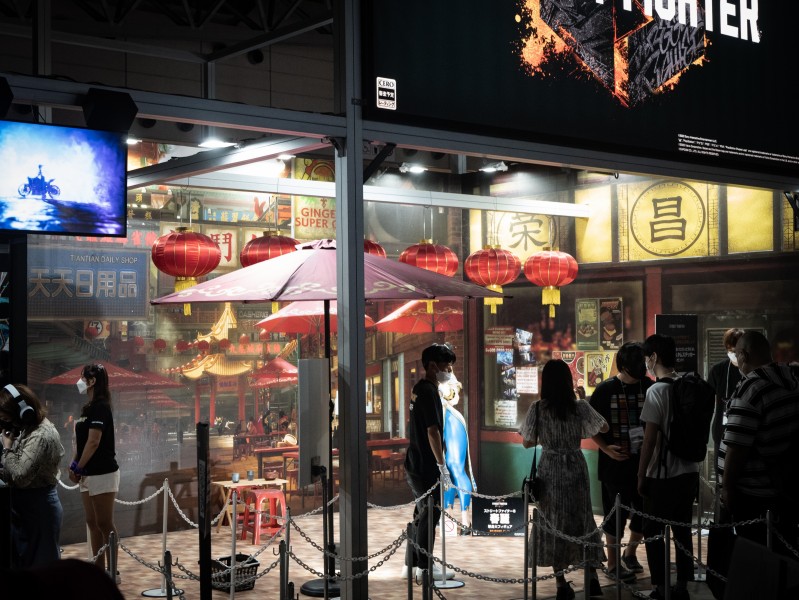 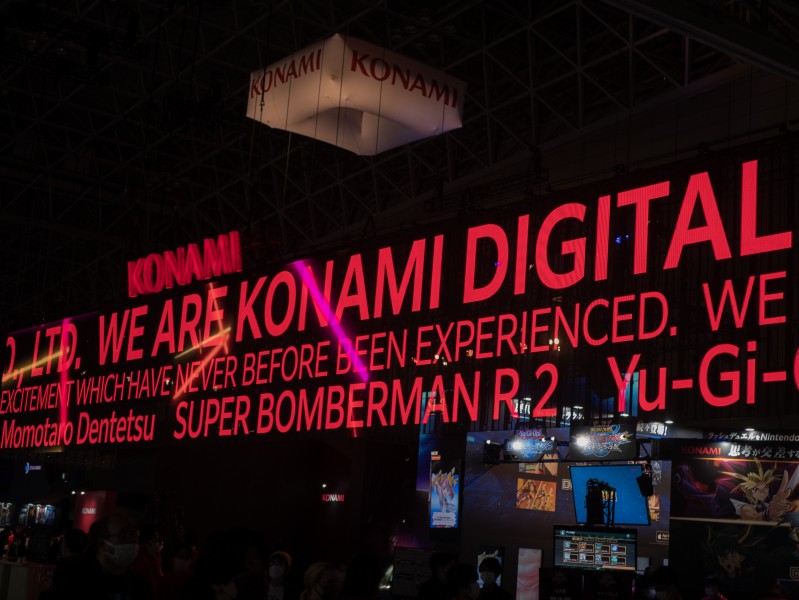 People love to dunk on Konami, but this booth was easily one of most crowded. Sorry, Metal Gear heads – Yu-Gi-Oh is paying the bills now. 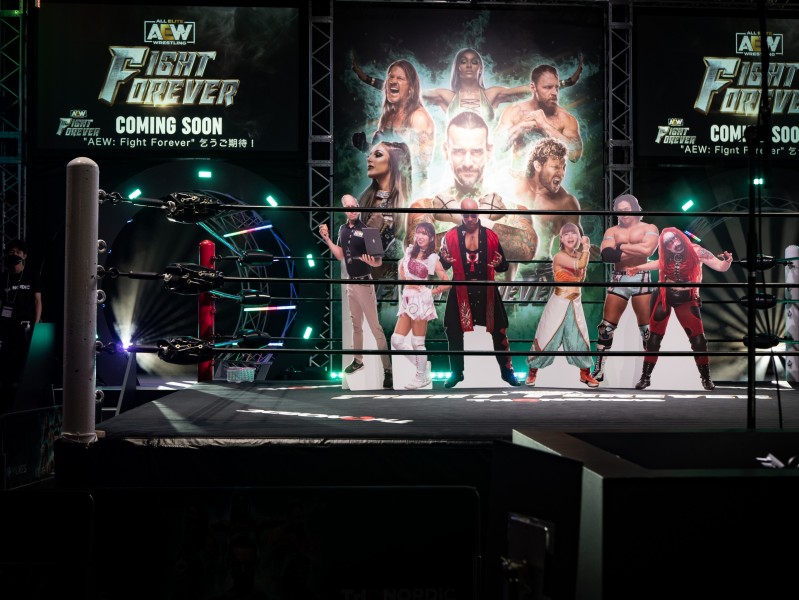 Email Marcus and ask who these people are. I’m not sure. 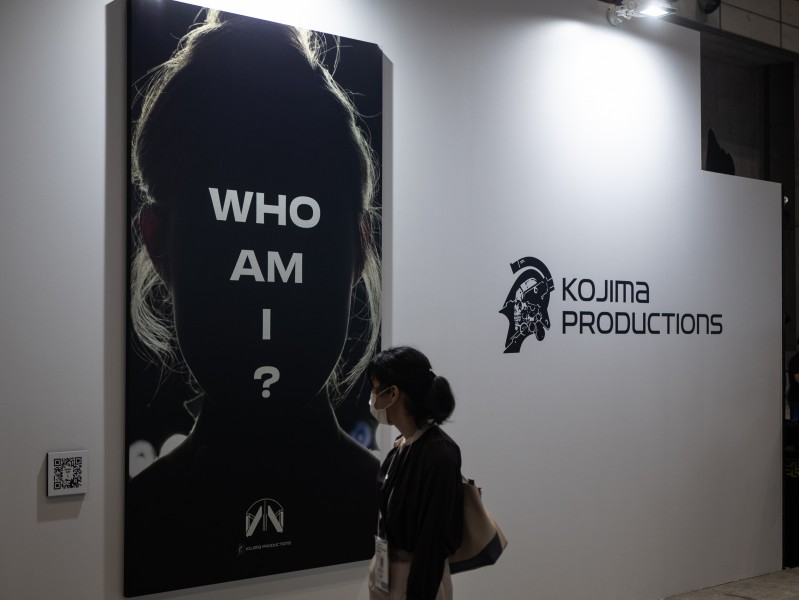 People on the internet are saying this is a tease for Kojima Productions’ next game, but I’m not convinced. I think it’s an ad for the studio’s recruitment page. 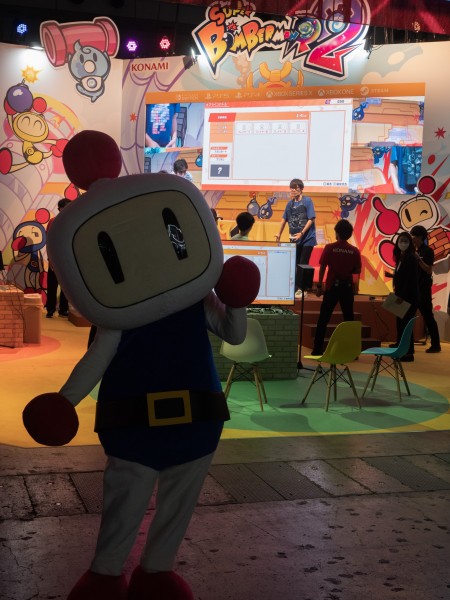 One more for good measure. 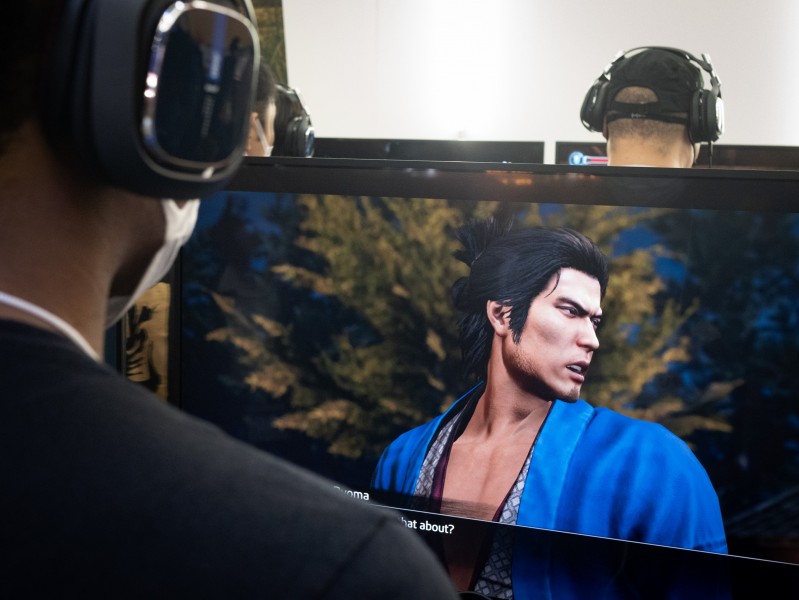 Marcus playing Like a Dragon: Ishin! This game looks awesome. It also features Riki Takeuchi, which is a massive W in my book. 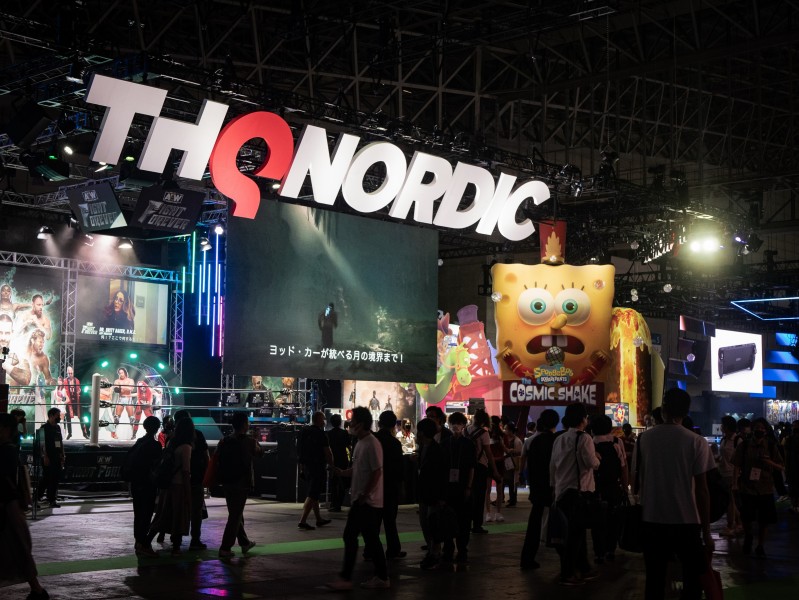 I’m old enough to remember when THQ went out of business! 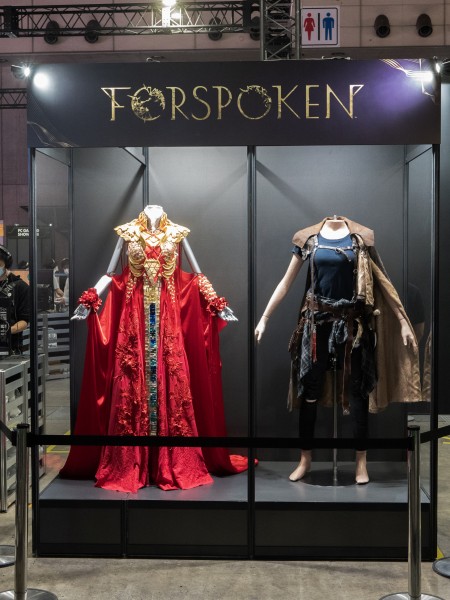 I wasn’t kidding earlier about Marcus’ threats. He forced me to take those pictures of Bomberman. I’m hiding this cry for help here with this Forspoken picture. I fear my life is in real danger. 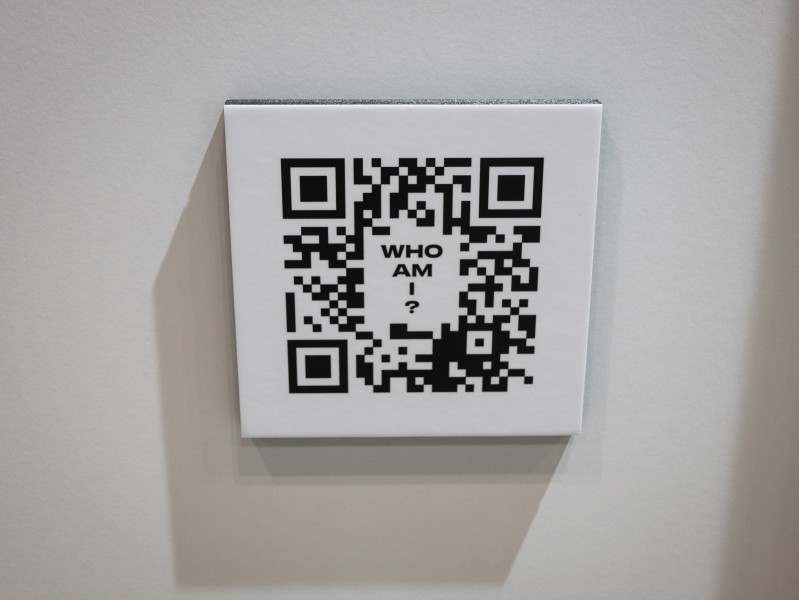 This QR code was attached to Kojima Productions’ booth. Scan it and let me know where it takes you. It wouldn’t work on my phone and I gave up after a few tries.

Well, there you have it, folks. All the fun of TGS without actually being there. See you next year!

Woman, 22, dies after falling into coma while in custody of Iran’s morality police