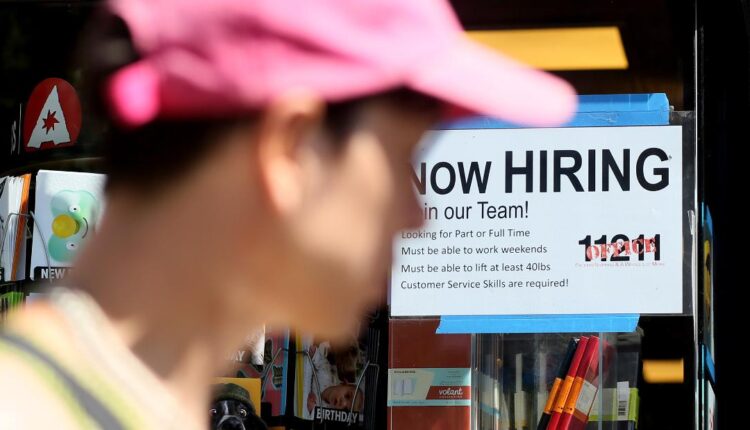 The number of open positions ticked up unexpectedly in July, with around 11.2 million jobs available, slightly higher than June’s revised total of 11 million openings, according to the latest Job Openings and Labor Turnover Survey (JOLTS). Economists had expected there to be about 10.5 million jobs added, according to estimates from Refinitiv.

The June total was revised up by about 300,000 positions.

“This is a massive surprise to the upside,” said Julia Pollak, chief economist at ZipRecruiter, noting that postings on online job sites have declined, job-seeker confidence levels have been cooling and reports of offers rescinded have been on the rise.

“We’ve seen all these headlines about layoffs and probably just experiences with inflation have a chilling effect on job seekers in recent months,” she said. “And yet we see in this report that businesses appear to be hiring in full force.”

There were close to two jobs available per job seeker in July, up from 1.8 in June, according to the data. That’s not what the Federal Reserve was hoping for: The Fed views the near-record job openings as helping to drive wage increases, which in turn could potentially keep inflation elevated.

“The Fed will not be happy with this report,” Mark Zandi, senior economist for Moody’s Analytics, told CNN Business. “It is critical that the job market cools off, and this report suggests that it remained very strong in July.”

Total hires and separations were down slightly from June. Just under 6.4 million people were hired in July, down about 74,000 from June. The number of workers who quit their job totaled 4.18 million, down from 4.25 million in June.

Layoffs were unchanged at 1.4 million.

“This increase [in openings] underscores that some employers will continue to face hiring challenges,” said AnnElizabeth Konkel, senior economist at the Indeed Hiring Lab. “Employer demand for workers is still robust.”

In certain industries, that demand is more pronounced than others.

In the accommodations and food services sector, there were just 88,000 layoffs and discharges in July — a new record low, Pollak said. Average monthly layoffs in that sector totaled 215,000 in 2019, BLS data shows.

“That is a very high-turnover industry; it’s an industry that attracts people just starting off in the labor market and learning how to hold a job,” she said. “So for that industry to be firing just about nobody is remarkable.”

The former “one strike and you’re out” rules now are more in the realm of 10 strikes, she said.

“[Employers] feel like they absolutely cannot afford to fire workers, because they can’t afford to replace them,” she said.