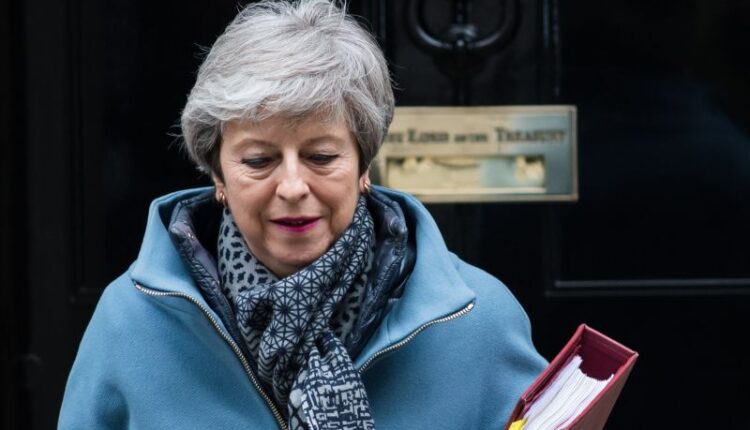 Here’s a look at the life of Theresa May, former prime minister of the United Kingdom.

Was the first female chairman of the Conservative Party.

Was introduced to her husband in 1976 at an Oxford Conservative Association dance by Benazir Bhutto, who later became the prime minister of Pakistan.

Lost both of her parents in her 20s.

Co-founded Women2Win, an organization dedicated to increasing the number of conservative women in Parliament.

Is the second female prime minister of Great Britain. Margaret Thatcher was the first. She served from 1979 to 1990.

1985 – Begins working for the Association for Payment Clearing Services as an adviser on international affairs.

May 1997 – Elected Conservative MP for Maidenhead.

1999-2001 – Shadow Secretary of State for Education and Employment.

2001-2002 – Shadow Secretary of State for Transport, Local Government and the Regions.

July 13, 2016 – Replaces David Cameron as British prime minister when he resigns after the UK votes to leave the European Union.

July 20-21, 2016 – Takes her first international trip as Britain’s prime minister, to Berlin to meet with German Chancellor Angela Merkel, and to Paris, to meet with French President Francois Hollande.

January 26-27, 2017 – During a visit to the United States, May becomes the first serving foreign leader from outside the US to speak at the annual congressional Republican retreat and the first foreign leader to meet with US President Donald Trump since his inauguration.

May 22, 2017 – Following the Manchester explosion, May announces that election campaigning will be suspended until further notice.

June 8, 2017 – In a competitive general election, May’s Conservative Party loses its majority in the UK parliament, coming up eight seats short. The Labour Party, led by opposition leader Jeremy Corbyn, picks up 32 seats for a total of 262 seats.

June 9, 2017 – May visits Queen Elizabeth II at Buckingham Palace, an early step in the process of forming a new coalition government. May’s proposed new government will be a partnership between the Conservative Party and the Democratic Unionist Party of Northern Ireland. The next day, two of May’s top advisers resign, even as May herself rebuffs calls to step down.

September 22, 2017 – During a speech in Florence, Italy, May proposes a “strictly time-limited” transition period to ease Britain’s 2019 withdrawal from the European Union.

December 6, 2017 – Prosecutors describe a plot to assassinate May involving an explosive device at the gates of Downing Street that would give the attacker access to No. 10, May’s residence as Naa’imur Zakariyah Rahman appears in court on charges of terrorism offenses in the alleged plot.

April 17, 2018 – May apologizes for her government’s treatment of some Caribbean immigrants to the UK and insists they were still welcome in the country. The apology comes amid widespread condemnation of the government’s treatment of the so-called Windrush generation, the first large group of Caribbean migrants to arrive in the UK after World War II.

July 6, 2018 – At the end of a cabinet meeting on Brexit, May announces a proposal that aims to preserve free trade with the European Union. In return for free access to its biggest export market, the UK would commit to following EU rules and regulations on goods and accept a limited role for its highest court. Two cabinet members – Brexit Secretary David Davis and Foreign Secretary Boris Johnson – resign days later in protest to the plan.

July 17, 2018 – May survives a crucial vote in parliament when MPs vote 307 to 301 against a proposal by Remain-supporting members of her Conservative party that would have significantly undermined her Brexit strategy.

September 21, 2018 – After an EU summit in Salzburg, Austria, at which her Brexit plan was largely rejected, May called for the EU to “respect” the British position and the Brexit vote. Negotiations, she said, are “at an impasse.”

December 12, 2018 – Survives a vote of no-confidence among Tory members of parliament, garnering 200 of the 317 possible votes. The vote was called after May postponed a parliamentary decision on a Brexit deal amid signs it would not be approved.

January 15, 2019 – May’s Brexit deal is defeated 432 votes to 202, the greatest margin of defeat since 1924. Corbyn calls for a vote of no-confidence after May’s defeat saying it will allow the House of Commons to “give its verdict on the sheer incompetence of this government.”

January 16, 2019 – May survives a vote of no-confidence in the House of Commons. Lawmakers voted 325 to 306 in favor of the government remaining in power. Following the vote, May calls on Britain’s political parties to “put self-interest aside” and word together on a compromise Brexit deal.

March 27, 2019 – Lawmakers in the House of Commons seize control of the parliamentary timetable from May in order to vote on alternatives to her Brexit plan. After hours debating, MPs in the House of Commons fail to back any of the propositions. At 5 p.m. local time, May regains the initiative and offers to resign if MPs back her withdrawal agreement.

May 24, 2019 – May announces that she will resign as leader of the Conservative Party on June 7th. She will stay on as prime minister until a successor is chosen.