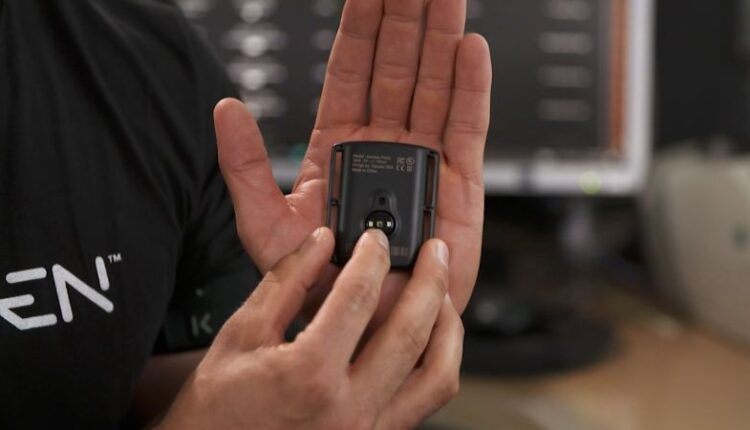 It’s midday and temperatures are soaring above 50 degrees Celsius. In many countries, this would spark a heat warning, but in Dubai’s sweltering summer, it’s just another day. And for workers at an aluminum smelter, it can get even hotter.

At Emirates Global Aluminium (EGA), the metal is produced through a process where temperatures can reach 950 degrees Celsius. Employees at its Dubai smelter are accustomed to intense heat, working in open warehouses that can get as hot as 58 degrees Celsius in the summer months.

Every day at EGA begins with staff putting on temperature-proof overalls, helmets, goggles and safety boots. But since June, 50 workers have also been donning a wearable tech device, as part of a trial that’s due to end this month.

Consisting of a thin rectangular panel and a band, the device is wrapped around the worker’s upper arm. Sensors on the panel measure heart rate, skin temperature, activity level and sweat output. Combined, this data is used to predict the wearer’s core body temperature – the amount of heat in a person’s blood and internal organs.

Created by American company Kenzen, this device could help prevent workers from overheating. Once the core body temperature is above 38 degrees Celsius, when symptoms of heat exhaustion are likely to begin, the device vibrates and the user receives a notification on their phone, telling them it’s time to take a break.

While there are other personal heat sensors on the market, they mostly focus on monitoring body temperature for performance and sports. Kenzen says it has adapted its device with industrial activities in mind.

Through a dashboard displayed on a computer, managers at the EGA plant can also have an overview of their team’s health, but to maintain worker privacy, the amount of information they have on their staff is limited.

“If there’s a potential safety incident or an individual who needs an intervention, they (the supervisors) are given just the data to be able to intervene, nothing more,” says Kyle Hubregtse, Kenzen’s vice president of commercial operations.

The device was launched in May 2020, and Kenzen has partnered with companies in different industries to implement this technology in the workplace – from firefighters, to people working in construction, mining and manufacturing.

According to the International Labour Organization, heat stress is a serious problem for many of the world’s 1 billion agricultural workers and 66 million textile workers, among others. It estimates that the United Arab Emirates will lose more than 2 per cent of its GDP by 2030 as a result. The effects of climate change mean that worldwide, in that year, the impact of heat stress on productivity will represent a loss equivalent to at least 80 million full-time jobs.

EGA’s executive vice president of Health, Safety and Environment, Salman Abdulla, says that the device serves as an “extra layer of protection” against heat stress that should be used in addition to other measures already in place.

“Even without the device, if you are observing for yourself early telltale signs (of heat stress), there’s a set of procedures that employees here need to follow, such as going to a hydration station or cooling room,” says Abdulla.

The main benefit of the device, according to Abdulla, is that its real-time data can be preventive, alerting workers that they’re overheating, even if they don’t realize it themselves.

“It is objectively measuring their health conditions (…) and if anytime a person is distracted, is not thinking, it provides an early sign that a person may be going into a heat stress condition,” he adds.

Abdulla believes it’s important to bring attention to the matter and encourage other companies to take similar safety precautions. “The idea is not only to test the device for ourselves, but for others to learn from us,” he notes.

“[Thermal stress] is a condition that is 100 percent preventable, as long as you have the tools to do it – and that’s the hope, and the dream, that everybody has access to technology that can prevent it.”