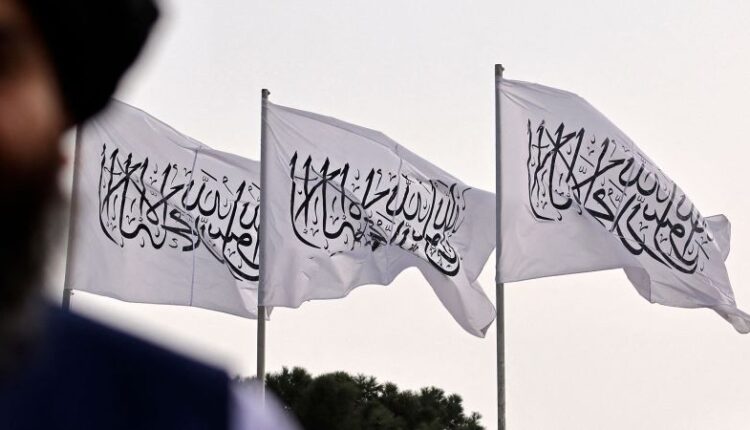 Top Biden administration officials met in-person with the Taliban on Saturday for the first time since al Qaeda leader Ayman al-Zawahiri was killed by the US in his apartment in Kabul in late July, two officials familiar with the talks said.

The administration sent the CIA’s deputy director and the top State Department official responsible for Afghanistan to the Qatari capital of Doha for the talks with the Taliban delegation which included their head of intelligence, Abdul Haq Wasiq.

After Zawahiri was killed in a strike, the US accused the Taliban of a “clear and blatant violation of the Doha agreement, “brokered by the Trump administration, which said that the Taliban would not harbor terrorists if US forces withdrew from Afghanistan, which they did in August 2021.

After a US drone fired fatal Hellfire missiles at Zawahiri, American officials accused Taliban leaders from the Haqqani network of knowing about Zawahiri’s whereabouts while the Taliban angrily condemned the operation.

Since then, the US has continued to engage with the Taliban, including negotiating the release of US citizen Mark Frerichs. But senior officials had not met face-to-face since a few days before Zawahiri was killed on July 31.

Cohen was accompanied by the State Department’s Special Representative for Afghanistan, Tom West, who has often led engagement with the Taliban since the US withdrawal last year.

Frerichs was released almost three weeks ago after more than two years in captivity, with help from Qatar. Administration officials said they said spent months negotiating with the Taliban for his release and had warned the Taliban after the strike about harming Frerichs. The best way to rebuild trust, they said they told the Taliban, would be to release him.

At least one other American, a filmmaker named Ivor Shearer, is currently being held by the Taliban after being arrested with his Afghan producer, Faizullah Faizbakhsh, filming in the area where Zawahiri was killed, according to the Committee to Protect Journalists. Shearer had reportedly been summoned several times by the Taliban for questioning before his detention.

While the Taliban maintains ties with al Qaeda, they are facing an insurgency from the Islamic State offshoot known as ISIS-K. The group has routinely targeted the Hazara ethnic minority in Afghanistan. At least 25 people, primarily young women, were killed in a suicide attack last week at an education center in a predominantly Hazara neighborhood in Kabul. No one immediately claimed responsibility.

“The Taliban are struggling to prevent ISIS-K attacks, making them look feckless, particularly in Kabul,” says Beth Sanner, a former Deputy Director of National Intelligence who led Afghanistan analysis at the CIA. Sanner is also a CNN contributor.

“[Cohen] is likely to deliver a firm message that we will conduct more strikes as we did against Zawahiri if we find that al Qaeda members in Afghanistan are supporting operations that threaten the US or its allies,” Sanner said. “ISIS-K now poses an internal Afghan threat, to the Taliban and to sectarian stability given ISIS-K’s focus on killing Shias, but there is some reasonable concern that ISIS-K could ultimately turn its sights on external plotting if the Taliban is unable to contain them.”

Last month the Biden administration announced it had set up a $3.5 billion “Afghan Fund” with frozen Afghan money to promote economic stability. The funds have yet to be released because the US does not believe there is a trusted institution to guarantee the funds will benefit the Afghan people, two officials told CNN.

Instead it will be administered by an outside body, independent of the Taliban and the country’s central bank.

“In no other country have women and girls so rapidly disappeared from all spheres of public life,” Bennett said. “Despite this, women and girls remain at the forefront of efforts to maintain human rights and continue to call for accountability.”