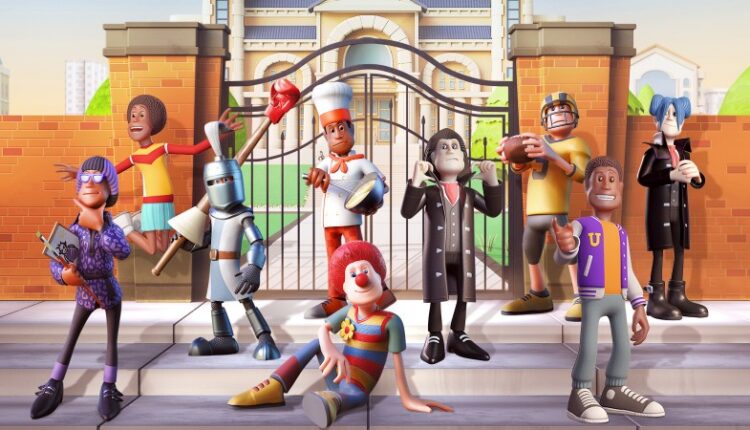 
As a kid who grew up with little money, I’ve always loved the fantasy tycoon games realize: the possibility of cashing in on whimsical business schemes like theme parks, restaurants, and aquariums. It’s always been satisfying to start with an empty plot of land and then build the foundation of a business atop it, customizing small details like paint colors, furniture layouts, and walking paths along the way.

But the genre’s bubble gum aesthetics often mask a darker side – one prioritizing profit over people. More recent big-budget entries forego subtlety altogether, cashing in on oppressive industries like prisons, drug manufacturing, and even cartel operations. I’m sure those games are fun in their own right, but I’m not interested in engaging in the fantasy of generating capital from those systems.

This is why Two Point Campus, the follow-up to the popular business management sim Two Point Hospital, feels so refreshing. You aim to invest in massive universities and specialized colleges to attract students worldwide, but you have to put people first if you want to turn a profit.

Between screening qualified professors, hiring janitorial staff to maintain the premises, and expanding the interior and exterior of your campus, you’ll invest in, well, less-than-normal curricula. No, there aren’t mathematics courses or language electives in this game. Instead, campuses host classes focused on ridiculous topics like chivalry and knighthood, wizardry, and how to be a spy agent. Even typical subjects like gastronomy or athletics are exaggerated, featuring conspicuous draws like car-sized hamburgers and cheese-based sports. Two Point is full of surprises and even more laughs, and I love discovering its clever twists on academia throughout its 12-level campaign.

However, don’t be fooled by this whimsical portrayal of college life. There are plenty of challenges on campus that require a strategic mind to overcome. Every student has specific traits and personalities, and they’ll drop out if you don’t satisfy their needs. The only way to reach the campus ratings you need to succeed is to develop an environment ripe for education, which includes managing systems like hygiene, hunger, entertainment, social interaction, campus attractiveness, and in some cases, external factors like extreme temperatures.

Some students might be great at studying but lower your school’s rating with poor hygiene if you don’t install ample shower rooms and bathrooms. Others might drop the campus’ average grade but can become relatively low-maintenance tenants with a tutoring course or more stimulation via a music concert or jousting tournament. The same principle applies to faculty. Highly skilled staff come at a price, namely a salary, but they’ll also need on-site comforts like break rooms to blow off steam. As you fulfill these requests, you’ll unlock Kudosh, the in-game currency required to purchase new decorations and amenities.

But therein lies the challenge of Two Point Campus. All these programs require money, and there’s only so much room in the budget. If you’re flippant with renovation approvals, you’ll be out of funds quickly, especially at campuses with a high-maintenance student body. In the case of an empty wallet, you can borrow loans, but it’s easy to get into hot water fast with interest payments. This balancing act is sometimes frustrating but is an effective gameplay loop and is one of the main reasons I love playing Two Point Campus. If you’re feeling overwhelmed, you can change the game’s speed or outright pause, giving you time to solve problems or simply focus on designing without the pressure of the in-game calendar.

Two Point Campus features robust creation tools, allowing me to design most things to my desired specifications – inside and outside. I especially love the new pathing tools since I prefer to build food parks and gardens outside my academics. However, sometimes I wish I had more flexibility in placing decorative items like plants or rugs without worrying about colliding with other objects. It’d be great to stack smaller assets atop larger ones like desks and tables, too.

Despite its bleak inspirations – privatized education – Two Point Campus never feels callous. It’s more ideological than anything else, depicting a world where businesses and people flourish together. Profit and expansion are undoubtedly crucial to the experience, but you can only achieve those goals by cultivating a top-tier environment for students. This isn’t to say Two Point Campus shies away from low-hanging fruit; its signature British humor is at its best when poking fun at students and faculty. But ultimately, Two Point Campus is a deeply-engaging management sim that doesn’t force you to punch down, and it’s more enjoyable for it.

Archie Battersbee: British boy dies after life support stopped at end of long legal battle between his parents and doctors