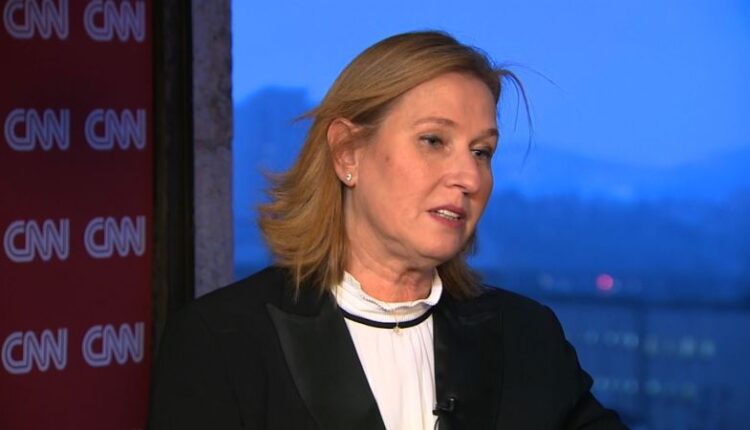 Here is a look at the life of Tzipi Livni, former foreign minister of Israel.

Livni’s parents were fighters in the Irgun Zvai Leumi, a right-wing Zionist guerilla group that fought against the British occupation of Palestine in the 1940s.

Nicknamed “Mrs. Clean” for her reputation as being uncorrupt.

Former member of the Likud Party.

1980 – Livni joins the Israeli intelligence agency Mossad and is posted in Paris.

1986-1996 – Practices law, specializing in the areas of commercial, constitutional and real estate law.

1996 – Loses her first campaign for a seat in the Knesset (Israeli parliament).

1999 – Elected to the Knesset. Serves on the Constitution, Law and Justice Committee and the Committee on the Status of Women.

May 2006 – Is appointed vice prime minister.

2007 – Named one of Time magazine’s Most Influential People in the World.

March 2009 – Becomes leader of the opposition in parliament.

May 2011 – Livni calls on Prime Minister Netanyahu to resign, saying he has harmed the important relationship between Israel and the United States.

March 28, 2012 – Loses her fight to remain head of Kadima. She is defeated by former Israel Defense Forces Chief Shaul Mofaz, who took 62% of the votes to Livni’s 38%.

June 14, 2012 – Following statements suggesting that the Kadima party will not exist for the next Knesset election, a petition circulates seeking Livni’s removal from the party.

July 29, 2013-April 25, 2014 – Chief negotiator for Israel during the peace talks with Palestinians organized by US Secretary of State John Kerry.

December 2, 2014 – Netanyahu orders a letter of dismissal for Livni and calls for the dissolution of the nation’s legislature.

December 10, 2014 – Announces run for the position of prime minister along with Isaac Herzog on the Zionist Union ticket.

June 25, 2018 – Herzog, newly appointed chairman of the Jewish Agency, tells Israel Radio that he wants Livni to assume his parliamentary role as Knesset’s opposition leader. At a later Knesset faction meeting, Livni says she should be the one to replace Herzog: “I see the opposition leadership as essential for the continuation of the partnership.”

August 1, 2018-January 2019 – Serves as leader of the opposition in parliament, until Avi Gabbay, the head of the Labor Party, announces the end of their partnership.

February 18, 2019 – Announces she is retiring from politics.