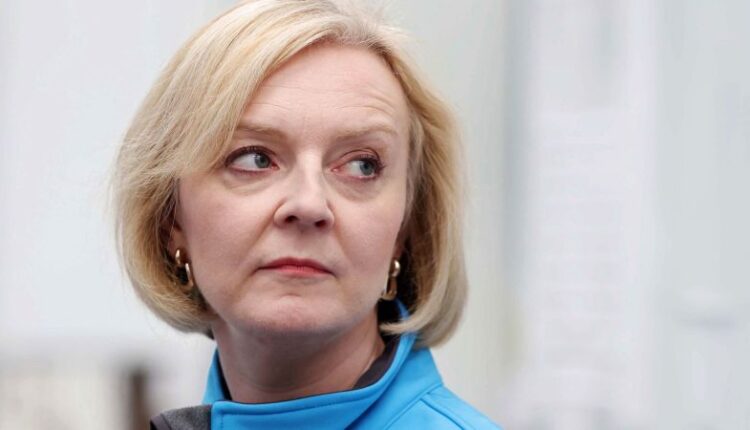 British Prime Minister Liz Truss on Monday apologized for her controversial mini-budget that crashed the country’s currency, rattled financial markets and led to her firing her finance minister and closest political ally.

In an exclusive interview with the BBC, Truss insisted she would lead her Conservative Party into the next general election, despite her government being under huge pressure from investors and party members since the mini-budget was unveiled in late September.

The plan – which proposed unfunded tax cuts, huge government borrowing and exempted energy companies from a windfall tax – sent the pound tumbling to its lowest level against the dollar in decades.

“I do want to accept responsibility and say sorry for the mistakes that have been made. I wanted to act to help people with their energy bills to deal with the issue of high taxes, but we went too far and too fast,” Truss told the BBC’s Chris Mason.

“I put in place a new chancellor with a new strategy to restore economic stability.”

Last Friday, Truss replaced Chancellor of the Exchequer Kwasi Kwarteng with Jeremy Hunt, a former cabinet minister of multiple briefs who has stood for the leadership twice.

Hunt has since overturned many of her most significant leadership campaign pledges. Just four days into the job, he said he would reverse “almost all” tax measures announced three weeks ago by his predecessor. The stunning reversal would raise £32 billion ($36 billion), he said.

A proposed cut to the basic rate of income tax from April 2023 has been postponed “indefinitely.” And while the government has said it will still guarantee energy prices for households and businesses through this winter, it won’t commit to capping prices beyond next spring.

“No government can control markets, but every government can give certainty about the sustainability of public finances,” Hunt said. “The United Kingdom will always pay its way.”

Markets have settled somewhat in recent weeks, though only after major intervention from the Bank of England, leaked rumors that the mini-budget would be abandoned and reports – which proved true – that Kwarteng would be sacked.

The moves amount to a gutting of Truss’ flagship “growth plan” and leave her in a perilous political position.

The opposition Labour Party said Hunt’s statement highlighted how the government has made life harder for everyday people, as mortgage rates and other borrowing costs have spiked in recent weeks.

“We have to make sure though, that we have economic stability, and that has to be my priority as prime minister. I’ve acted in the national interest. I remain committed to the vision, but we will have to deliver that in a different way,” Truss told the BBC, after being asked whether her vision for Britain was “dead.”

Truss said she still believed in the “high growth, low tax” formula she campaigned on to win the Conservative Party leadership in early September – but said she recognized the UK was facing “very difficult circumstances at the moment.”

When asked whether she was a “prime minister in name only” after appointing a finance minister who “is executing a plan that’s a million miles away from your own,” Truss replied: “I knew that we had to act to protect economic stability, and that’s why I appointed Jeremy Hunt.”

“I’d been working very closely with the chancellor over the last few days to make sure that we have the right package in place, but it would have been completely irresponsible for me not to act in the national interest in the way where I have,” she said.

Truss added it was “painful” to sack her “friend” Kwarteng as finance minister but said she stood by her decision. She also apologized to her party’s lawmakers for her “mistakes” but said she would “move forward” and focus on delivering for the UK.

Constitutionally, the next general election does not need to take place until January 2025. There’s no guarantee that Truss will survive that long, though removing the Conservatives’ fourth leader in just over six years would be difficult in the short term due to party rules that protect her from a leadership challenge for the first year of her premiership.

The PlayStation 5 DualSense Edge Controller Releases This January For $200