Ukraine looks anxiously towards its northern border, and a fresh influx of Russian troops into Belarus 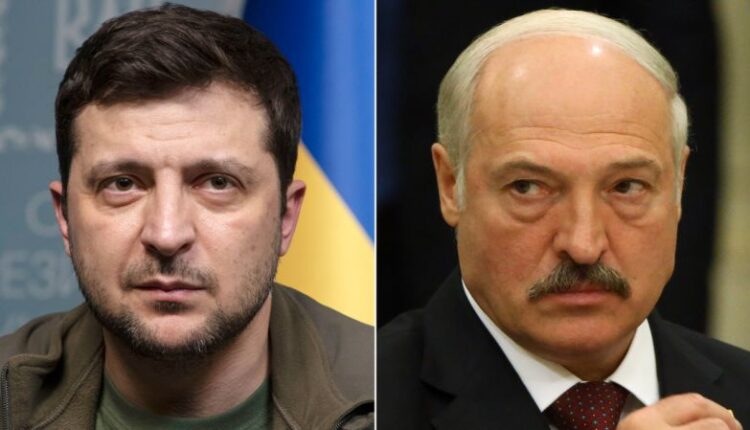 The announcement last week by Belarus President Alexander Lukashenko that his country and Russia would form a joint regional force and carry out exercises set off alarm bells in Kyiv.

The last time Belarusian and Russian forces held joint exercises, in February, many of those Russian forces went on to cross the Ukrainian border in their ill-fated drive towards the capital.

It’s not that Belarus has a mighty army – it doesn’t. But the prospect of Ukraine’s long northern border becoming a passageway for Russian forces for the second time this year would be a nightmare for Ukraine’s already stretched forces. Ukraine and Belarus share a 1,000-kilometer frontier, much of it sparsely populated and thickly forested.

The first group of Russian soldiers to join the new force with Belarusian troops arrived in Belarus Saturday, Minsk’s defense ministry said. Altogether, the Russian contingent will be less than 9,000 people, according to the head of the Belarus Department of International Military Cooperation, Valery Revenko.

At the moment, the Ukrainian army is conducting offensives in the east and south while holding off Russian forces in parts of Donetsk and Zaporizhzhia. After seven months of war, the Ukrainian military has suffered attrition just like its enemy: moving forces to defend its northern flank would stretch forces already fighting on multiple fronts.

Predictably enough, Belarus says the joint force is purely defensive. The country’s Defense Minister Viktor Khrenin said that “all activities carried out at the moment are aimed at providing a sufficient response to activities near our borders.”

Those activities, according to Belarus, are aimed at deterring Ukrainian preparations to attack the country. Lukashenko said last week that his government had been “warned about strikes against Belarus from the territory of Ukraine.”

Foreign Minister Vladimir Makei followed up Friday, saying an anti-terrorist operation was underway “amid reports of impending provocations by nearby states.”

Ukraine has vehemently denied the claims. The Foreign Ministry said it “categorically rejects these latest insinuations by the Belarusian regime. We cannot rule out that this diplomatic note may be part of a provocation on the part of the Russian Federation.”

President Volodymyr Zelensky told a meeting of the G7 group of the world’s advanced economies last week that UN peacekeepers should be sent to the border.

“Russia is trying to directly draw Belarus into this war,” Zelensky told the G7.

There’s certainly been much more movement of military hardware on the railways of Belarus. Social media videos have shown multiple rail convoys of tanks and other equipment moving across the country. The markings on one convoy were from the Moscow military region.

Analysts think it’s probable that much of this hardware belongs to Russia and is being retrieved from stocks in Belarus to make up for the losses Russian forces have suffered in Ukraine, especially last month.

Less likely: that this spasm of activity indicates that Belarus is preparing to enter the fray. US National Security Council spokesman John Kirby said last week the US had not seen indications that Belarusian troops “are preparing to go in or will go in … Any additional troops under Russian command is something to be concerned about, but we’re just not there yet.”

Despite often bombastic rhetoric, Lukashenko has not committed his forces to Russia’s Special Military Operation, and most analysts believe that even if he did it would make little difference.

Konrad Muzyka, an independent defense analyst based in Poland, follows the Belarus military closely and believes they are “relatively weak.”

Muzyka said on Twitter: “The Belarusian Armed Forces are largely a mobilizational force. Their manpower is at around 50-60% of the required peacetime strength.”

That would be a warning sign. But Lukashenko repeated last week that Belarus was not planning to announce any mobilization.

Unlike Russian forces, the Belarus military rarely conducts exercises above battalion level. But it has had a high level of exercises this year; another was announced last week.

Serhii Naiev, the commanding officer of Ukraine’s Joint Forces, said last week: “That is another demonstration of their readiness and an artificial increase in the level of tension.”

Analyst Muzyka imagines three scenarios: the exercises are designed to prepare for an attack by NATO states; they aim to tie up Ukrainian forces along the border; or are preparations for an assault on Ukraine.

The first is not going to happen; the last option would be immensely unpopular in Belarus, where there is nowhere near the level of animosity towards Ukraine that has been whipped up in Russia.

But it’s in Moscow’s interests that the Ukrainians worry about their northern border, not least because of its proximity to Kyiv.

Naiev says Belarus is already important for Russian missile stacks. Ukraine estimates there are four ballistic missile systems there and 12 S-400 surface-to-air systems, and some Iranian-made drones came from the north last week. More Russian combat planes have also begun arriving in Belarus, according to the Belarusian Defense Ministry.

Ukrainian officials estimate there are as few as 1,000 Russian troops in Belarus at the moment. But a surge would “create a threat of a repeated offensive in the Northern operational zone, in particular on the city of Kyiv,” Naiev said.

Despite the recent partial mobilization in Russia, the US-based Institute for the Study of War (ISW) believes the Russian military is – at the moment – incapable of forming another phalanx to attack Ukraine from the north.

“Russian forces continue to attrit their own combat capabilities as they impale themselves on attempts to capture tiny villages in Donbas and simply do not have the combat-effective mechanized troops available to supplement a Belarusian incursion into northern Ukraine,” the ISW said Friday

Lukashenko has trodden a fine line throughout the conflict – supporting Russian President Vladimir Putin’s “special military operation” without committing his own troops.

Last week, he said, “We are participating (in the operation). We do not hide it. But we are not killing anyone. We are not sending our military anywhere. We do not violate our obligations.”

However, his room for maneuver may be shrinking. The mass protests that erupted after his disputed re-election in 2020 left Lukashenko ever more reliant on Moscow. As the Kremlin’s need for some “wins” in Ukraine becomes more urgent, its ally to the west may find itself under growing pressure to collaborate.

But at the same time, Lukashenko will want to avoid the risk of his untested troops getting mauled in Ukraine as he is vulnerable to further domestic unrest if his security forces are distracted or weakened.