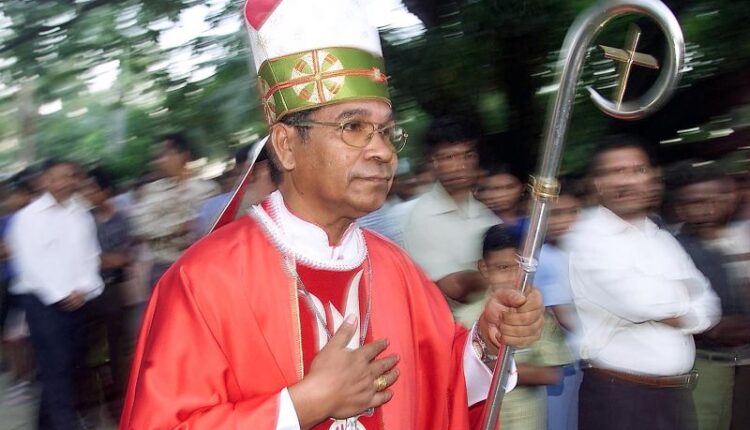 The Vatican on Thursday acknowledged that it had secretly disciplined East Timor bishop and Nobel Peace Prize winner Carlos Ximenes Belo two years ago, responding to allegations that he sexually abused boys in East Timor decades before.

The Vatican’s acknowledgment came in response to reporters’ questions following an article this week in Dutch magazine De Groene Amsterdammer.

In its report, De Groene Amsterdammer quoted two men, identified with pseudonyms, as saying Belo raped them when they were 14 and 15 and then later gave them money.

The publication quoted both men as saying that they believed that Belo had sexually abused other boys in East Timor. Some of the alleged abuse took place in the bishop’s residence in capital Dili.

De Groene Amsterdammer said it had evidence that Belo had also sexually abused boys in the 1990s, when he was a priest.

Reuters could not immediately locate the whereabouts of Belo. De Groene Amsterdammer said he had hung up the phone when it reached him for comment on the allegations.

Belo, 74, won the Nobel Peace Prize in 1996 along with now President Jose Ramos-Horta for their work in ending the conflict in East Timor. The Norwegian Nobel committee cited Belo’s courage in helping shed light on a 1991 massacre of East Timorese by Indonesian military.

The former Portuguese colony won independence from Indonesia in 2002 after a bloody occupation in which hundreds of thousands were killed.

The same year East Timor won independence Belo, citing health reasons brought on by stress and burnout, tendered his resignation as Apostolic Administrator of the diocese of Dili to Pope John Paul II, who accepted it.

He was only 54 at the time, 21 years short of the usual retirement age for a bishop.

After stepping down as bishop of Dili, Belo worked as a missionary in Mozambique and later settled in Portugal, where he still lives.

In his statement, Vatican spokesman Matteo Bruni said the Vatican’s doctrinal office, which handles sex abuse cases, first became involved in the case in 2019 in “light of the accusations it received concerning the bishop’s behaviour”.

In 2020, it imposed “disciplinary restrictions” including “limitations to his movements and to the exercise of his ministry, the prohibition of voluntary contact with minors, of interviews and contacts” with East Timor.

Bruni said that in 2021, the measures were “modified and reinforced,” without giving details. The Vatican spokesman said the bishop “formally accepted” the restrictions both times.

Belo is a member of the Salesian religious order, which traditionally specializes in the education of children.

The order’s branch in Portugal said on its website that it had heard of the “suspicion” of Belo’s sexual abuse of minors with deep “sadness and perplexity”.

It said that since the time he had arrived in Portugal, Belo has had “no educational or pastoral responsibilities” with the order.