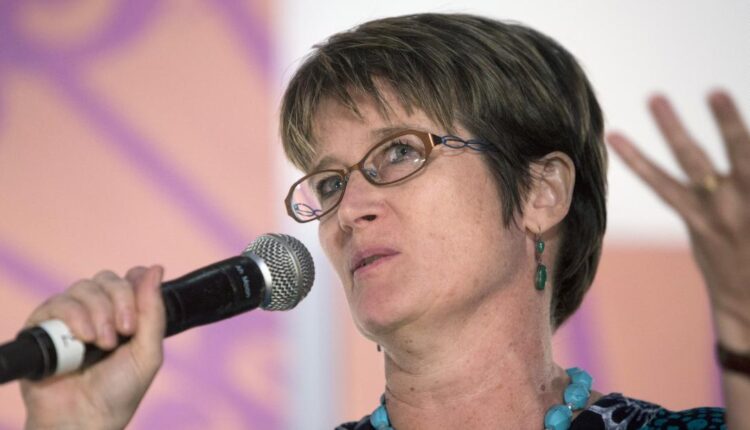 The couple were detained in Yangon last month after being accused by authorities of violating immigration laws. Myanmar military authorities alleged the address Bowman had registered to her visa did not match her residence. Breaches of Myanmar’s Immigration Act carry a maximum sentence of five years in prison.

Bowman’s sentencing follows the announcement by the British government last month of a fresh round of sanctions targeting businesses linked to Myanmar’s junta, which took power in a bloody coup in February 2021.

Bowman served as Britain’s top diplomat to the Southeast Asian nation from 2002 to 2006. After completing her posting as ambassador, Bowman remained in the country as the founder of the non-governmental organization Myanmar Center for Responsible Business.

Bowman and her husband Htein Lin, a Myanmar national, were detained by authorities last month.

Htein Lin is a prominent artist and former political prisoner who spent six and a half years behind bars over his role in the student-led uprisings against the old military junta in 1998. He was released in 2004.

A UK Foreign Office spokesperson told CNN that the government would “continue to support Ms. Bowman and her family until their case is resolved.”

“The latest reports on the conviction of the former UK ambassador and her Burmese artist husband are extremely concerning. Myanmar’s military has a notorious track record of arresting and jailing people on politically motivated or trumped-up charges,” Yu Hah said.

Meanwhile, Friday’s verdict against Suu Kyi is the latest in a string of punishments meted out against the 77-year-old and means she now faces 20 years in prison.

However, this is the first time Suu Kyi — a figurehead of opposition to decades of military rule in the country — has been sentenced to hard labor since the coup last year.

Friday’s trial related to the November 2020 general election that her National League for Democracy won in a landslide, defeating a party created by the military. Three months after that election the military seized power to prevent Suu Kyi’s party forming a government, alleging electoral fraud.

Suu Kyi and her party deny those allegations and say they won the election fairly.