West pushes Russia into its first foreign debt default since 1918 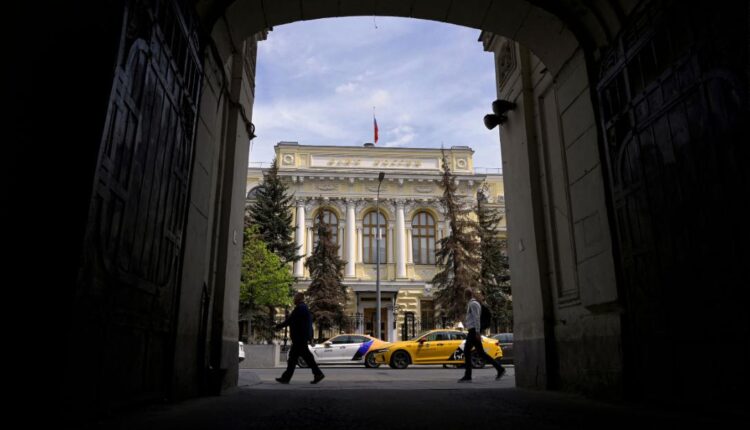 0
Share
Following reports that Moscow had failed to pay about $100 million in interest on two bonds during a 30-day grace period that expired Sunday, the White House said the default showed the power of Western sanctions imposed on Russia since it invaded Ukraine.

“This morning’s news around the finding of Russia’s default, for the first time in more than a century, situates just how strong the reactions are that the US, along with allies and partners, have taken, as well as how dramatic the impact has been on Russia’s economy,” a senior administration official said on the sidelines of a G7 summit in Germany.

Russia denied it was in default, saying the payments had been made, in dollars and euros, on May 27 and the money was stuck with Euroclear, a settlement house based in Belgium.

The historic default had been widely anticipated after half Russia’s foreign reserves were frozen and the US Treasury ended a carve-out from sanctions that had allowed US bondholders to be repaid by Russia.

The European Union also made it harder for Moscow to meet its debt obligations earlier this month by sanctioning Russia’s National Settlement Depository, the country’s agent for its foreign currency bonds.

Still, it took longer than many had expected: Sanctions have largely failed to cripple Russia’s economy, as surging energy prices have padded the country’s coffers.

Meanwhile, Russia’s currency has soared to a seven-year high against the US dollar.

The country managed to pay back creditors with dollars in April after a long saga that put it on the brink of default. The country’s finance ministry said in April that it made a $565 million eurobond that was due this year, as well as an $84 million eurobond that was set to mature in 2024. Both payments were made in US dollars, the finance ministry claimed, as required by the bond’s contract stipulations.

But that wasn’t possible this time around, given the recent moves by US and EU authorities.

Russian Finance Minister Siluanov was quoted by state-owned news agency Ria Novosti as saying last week that the sanctions meant Moscow had no “other method left to get funds to investors, except to make payments in Russian rubles.”

The Russian finance ministry said in a Telegram post on May 27 that the Russian National Settlement Depository had made the required payments of $71 million and €26.5 million.

“Allegations of default are incorrect because the necessary currency payment was made as early as back in May,” Kremlin spokesman Dmitry Peskov said during a regular call with reporters on Monday.

The fact that money transferred to Euroclear was not delivered to investors was “not our problem,” he said.

“So there are no grounds to call it a default,” he said.

Euroclear can’t settle any securities with counterparties that are subject to sanctions.

Since 2014, the last time the West sanctioned Russia over its annexation of Crimea, the Kremlin had built up about $640 billion in foreign reserves. About half of those funds are now frozen under Western sanctions imposed after the invasion of Ukraine.

It’s not clear what effect — if any — the default will have on Russia’s economy in the near term, as the country is already unable to borrow abroad and its existing bonds have collapsed in value to pennies on the dollar.

But in the long term, Russians will almost certainly suffer. The country’s assault on Ukraine has left it with few friends in the international community, and the default will likely cut off access to foreign financing for years.

— CNN’s Clare Sebastian and Phil Mattingly contributed to this report.