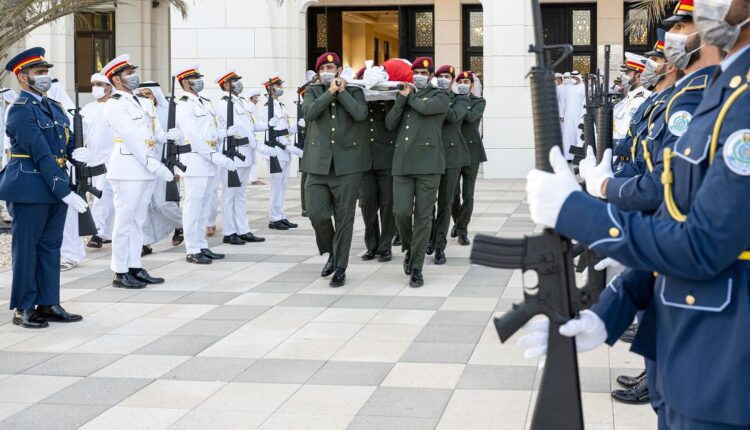 Sheikh Mohammed bin Zayed Al Nahyan, known as MBZ, took the reins on Saturday after his half-brother Sheikh Khalifa passed away a day earlier. The former crown prince of Abu Dhabi had been running the day-to-day affairs of the country during his brother’s prolonged illness.

Sheikh Mohammed takes leadership of an evolving country. That evolution has been gradual and smooth, and was also spelled out by the government in recent policy positions.

Late last year, as part of the 50th anniversary of its founding, the UAE announced its direction for the next half-century. Foreign policy, it said, would be guided primarily by its economic interests and good neighborliness. It subsequently identified the countries that it sees as its future economic partners, singling out Israel, Turkey, India, the United Kingdom, South Korea, Indonesia, Kenya and Ethiopia as partners for trade and investment.

What could however shed more light on the nation’s future direction and partnerships is the list of delegates that flew in to offer condolences.

Here’s a list of noteworthy attendees, and why they matter:

The US counts the UAE as one of its main allies in the Middle East, and has sought to mend fences with it amid tension stemming from what the UAE sees as the Biden administration’s lackluster response to threats the UAE faces. The administration was represented by Vice President Kamala Harris.

Iran sent its foreign minister Hossein Amirabdollahian, the highest-level visit by a high-ranking Iranian official to the country in years. Relations between the two countries have been tense of late, but the UAE has reached out to the Islamic Republic and has sought to distance itself from the notion that it and Tehran are enemies.

Israel, represented by President Isaac Herzog, is the only state on the UAE’s list that hasn’t been a traditional trade partner. That’s because relations were only normalized in 2020. But the UAE has been keen on catching up with the years of lost opportunity, signing a number of economic pacts with the country since normalization. The two nations signed a free trade agreement last month, and the UAE plans to invest $10 billion in Israel.

The nation of over one billion has been singled out among the main economic partners of the UAE for the next fifty years. The two countries signed a major trade agreement this year, aiming to raise bilateral exchange to $100 billion in five years as the first trade agreement the South Asian economic power signed with a major trade partner in over a decade, according to local media reports. India was represented by Vice President M Venkaiah Naidu.

Ankara and Abu Dhabi only recently turned the page on a decade-long rift over diverging positions on the region’s politics. In November, the UAE launched a $10 billion fund to support investments in Turkey as leaders of the two nations exchanged visits. Turkish President Recep Tayyip Erdogan is expected to visit the UAE on Tuesday.

Qatar’s emir Sheikh Tamim bin Hamad Al Thani offered condolences in his first visit to the UAE since a Saudi-led boycott of the country began in 2017. The boycott, of which the UAE was part, ended early last year.

The UK is a traditional trade partner of the UAE, but one the Gulf nation seeks to significantly expand ties with. Last year, it announced a £10 billion ($13.8 billion) investment partnership with the UK, and said it could invest a further $1.4 billion. The UK was represented by Prime Minister Boris Johnson.

Preliminary election results on Monday showed Hezbollah-backed allies losing some of their seats in parliament, dealing a blow to the Iranian-backed group which has for decades held a strong grip on the country.

US calls for ‘immediate and credible investigation’ into journalist’s killing

US Secretary of State Antony Blinken said on Sunday that there needs to be “an immediate and credible investigation into the circumstances surrounding” the death of Palestinian-American journalist Shireen Abu Akleh, declining to specify who should be responsible for the investigation. Blinken spoke with Abu Akleh’s family on Saturday, according to a senior State Department official

Sweden seeks to overcome Turkish objections to its NATO bid

Sweden will start diplomatic discussions with Turkey to try to overcome Ankara’s objections to its plan to join NATO, defense minister Peter Hultqvist said. The Swedish prime minister said Monday that the government had decided to seek NATO membership.

Egypt’s century-old film industry is making a comeback as the world opens up after two years of a pandemic-led slowdown hit showbiz around the world.

This time though, it’s women who are breathing life back into Egyptian cinema.

Once known as the Hollywood of the Middle East, Egypt used to produce about 100 movies a year, but that number has dwindled to about 30 of late.

Women have always played a prominent role in Egyptian cinema, though their presence was at times stigmatized. That did not stop legendary actress Yousra from making her mark on the industry over a nearly 50-year career. Described as a pioneer in her field, Yousra has done more than bring talent to the big screen, using her presence to move the industry forward. “I wanted to change laws. I didn’t go there to be beautiful, [I wanted to give] a good reason for people to fight for their rights. And I did this, we did change laws,” she told CNN.

The cinema scene has certainly changed since Yousra started in the 1970s. Streaming services have pushed Egyptian cinema forward and further, making it accessible to global audiences.

Ushering in this new era of Egyptian cinema is Mayye Zayed, the filmmaker behind “Lift Like a Girl,” a tale about girls’ weightlifting in Alexandria which is the first Egyptian documentary to release on Netflix. In a country where commercial cinema is strong, Mayye goes against the grain, using film as a tool to create social change, even pairing her screenings with youth workshops, aimed at addressing gender inequality.

Like Mayye, Maryam Abou Ouf also aspired to bring change to Egypt but through politics. She soon realized the arts could prove more effective than academics. “It was very difficult to make any change through the political road. So that’s why I thought through film, at least I can show or tell what’s wrong with society.” According to Maryam, the success of Leh Laa 2, a TV show about adoption, changed Egypt’s public opinion and laws to facilitate adoption.

Women in Egyptian cinema say they are not simply focused on shaping society. They seek to change the way the industry works. Through collaboration, female perspectives, and a passion for storytelling, they work as a collective voice to increase female representation in Egypt’s film industry.

By Tawanda Scott and Tasmiyah Randeree