What are the conditions in Russia’s penal colonies? Here’s what could await Brittney Griner 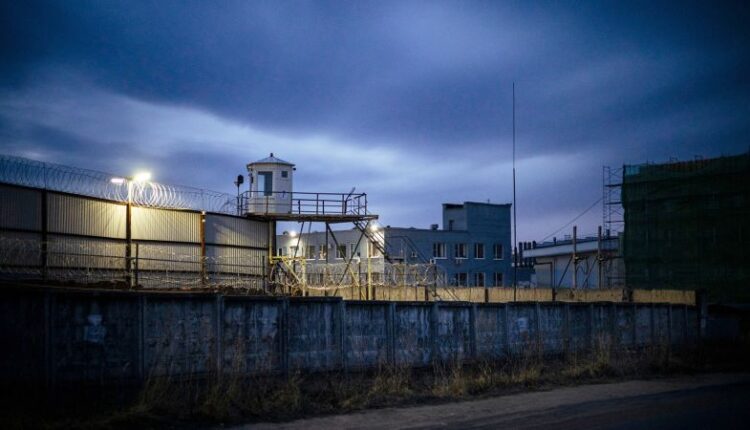 US women’s basketball star Brittney Griner is being transferred to a Russian penal colony, where conditions are often tough and have drawn concern from international watchdogs.

Russia’s infamous penal colonies are unlike conventional incarceration in the West. Here’s what you need to know.

Griner’s attorneys said they didn’t immediately know exactly where her final destination will be. That is not unusual: the process of taking a person to a penal colony is conducted in secrecy in Russia, with relatives and lawyers often unaware of where a prisoner is being sent for several days, according to Amnesty International.

Last month, Griner lost her appeal against a nine-year drug sentence. She was detained in February and convicted in August of deliberately smuggling drugs into Russia.

She has repeatedly apologized for bringing a small amount of cannabis into the country, where she played basketball in the off-season.

“Our primary concern continues to be BG’s health and well-being,” her agent Lindsay Colas said. “As we work through this very difficult phase of not knowing exactly where BG is or how she is doing, we ask for the public’s support in continuing to write letters and express their love and care for her.”

Griner’s detention has raised concerns that she is being used as a political pawn in Russia’s war against Ukraine.

The vast majority of Russia’s prisons are in fact penal colonies, where inmates are housed in barracks instead of cells and are often put to work, according to a report by Poland-based think tank the Centre for Eastern Studies (OSW).

More than 800 such facilities existed across Russia as of 2019, the organization said.

Most were built during the Soviet Union and have been compared by think tanks and human rights organizations to Soviet-era gulags – tough prison camps that expanded across the region during Joseph Stalin’s rule in the mid-20th century.

Russia houses nearly half a million prisoners across all its incarceration facilities, one of the highest rates in Europe, according to the World Prison Brief – though numbers have declined in recent years, in contrast to most parts of the world.

The level of supervision and restrictions placed on inmates today depends on what kind of facility they are sentenced to, and not all require labor.

But a number of high-profile dissidents, activists and foreign nationals who have been sent to strict colonies have described harrowing and difficult experiences.

Inmates are often taken vast distances across the country, and journeys to colonies are dangerous and can last as long as one month, according to a report by Amnesty International.

The watchdog said those journeys often take place in cramped train carriages. And inmates often arrive in facilities containing poor and aging infrastructure and suffering from overcrowding, the OSW found.

“Despite several attempts to reform the prison system in Russia, they still resemble the Soviet Gulag: human rights violations and torture are common,” the OSW said.

One former inmate, Konstantin Kotov, served what he said were two miserable sentences – the first for four months, the second for six months – in Penal Colony No. 2 outside Moscow for breaking Russian anti-protest laws.

He was last released in December 2020, and last year told CNN about the experience for prisoners.

“From the first minutes you are here you are experiencing mental and moral pressure,” he told CNN.

Kotov explained prisoners sleep in barrack rooms in iron bunk beds. About 50 to 60 men slept in his room, he said, each with only a small amount of living space.

“You get up at 6 in the morning, you go out to the courtyard nearby and listen to the national anthem of Russia – every day the anthem of the Russian Federation,” he said.

“You cannot write, you cannot read. For example, I watched TV almost all day, Russian federal channels. This is torture by TV.”

Griner is not the first well-known figure to be sent to a penal colony. Jailed Russian opposition leader Alexey Navalny was able to offer his initial impressions after arriving at a facility last year, on a post on his official Instagram account.

“I had no idea that it was possible to arrange a real concentration camp 100km from Moscow,” Navalny said, adding his head had been shaven.

“Video cameras are everywhere, everyone is watched and at the slightest violation they make a report. I think someone upstairs read Orwell’s ’1984,’” Navalny continued, in a reference to the classic dystopian novel.

Members of the activist art group Pussy Riot have also been sentenced to penal colonies. “This is not a building with cells. This looks like a strange village, like a Gulag labor camp,” member Maria Alyokhina told Reuters last week.

“It actually is a labor camp because by law all the prisoners should work. The quite cynical thing about this work is that prisoners usually sew police uniforms and uniforms for the Russian army, almost without salary.”

The colony was divided between a factory area where the prisoners made garments and gloves and a “living zone” where Alyokhina said 80 women lived in one room with just three toilets and no hot water.

Another member, Nadezhda Tolokonnikova, went on a hunger strike in 2013 to protest being returned to Penal Colony No. 14 in the Mordovia region.