What does Russia quitting grain deal mean for global hunger? 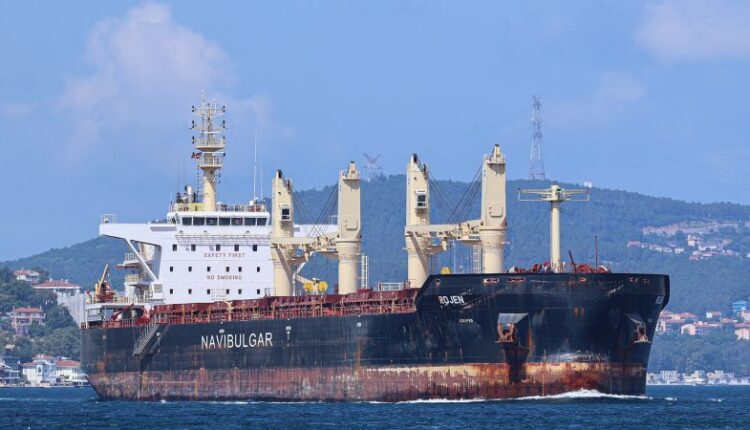 Russia’s decision to pull out of an agreement that guaranteed safe passage for ships carrying vital grain exports from Ukraine has sparked “grave concerns” over global food supply at a time when the world is already facing a growing hunger crisis.

Global humanitarian organizations, the European Union, NATO and the United Nations have all pleaded with Moscow to reverse its decision, warning that any decline in exports coming from Ukraine could have potentially deadly consequences.

Here’s what we know so far.

The deal between Russia and Ukraine was brokered in July by the United Nations and Turkey.

It put in place a procedure that guaranteed the safety of ships carrying Ukrainian grain, fertilizer and other food stuff through a humanitarian corridor in the Black Sea. Under the deal, all vessels coming to and from Ukraine’s ports were inspected and monitored by international teams made up of officials from Russia, Ukraine, Turkey and the UN.

After Russia announced that it was withdrawing from the deal “for an indefinite period of time,” the remaining parties announced they would continue with the program and carry on with the inspections without Russia.

Turkish President Recep Tayyip Erdoğan said on Monday that Ankara was determined to try and keep the initiative alive. “One third of the world’s wheat is produced by Russia and Ukraine. You are the closest witnesses of our efforts to deliver this wheat to the countries facing the threat of famine,” Erdogan said at an event in Istanbul.

However, the Kremlin warned against the continuation of the deal. Asked if it was possible to maintain grain shipments without Russia’s participation, Kremlin spokesperson Dmitry Peskov told journalists Monday that without Russia guaranteeing navigation safety, “such a deal is hardly feasible.”

Despite Russia’s decision to pull out of the deal, Kyiv said 12 vessels were able to leave Ukraine’s Black Sea ports as of Monday morning.

These included the Ikaria Angel, a vessel which was chartered by the World Food Programme and loaded with 30,000 metric tons of wheat destined for the Horn of Africa, which is currently experiencing a major food crisis.

The movements of the ships on Monday suggest that while Russia said it was withdrawing from the deal, it has – so far – stopped short of reimposing a complete blockade on Ukraine’s Black Sea ports.

The UN said Sunday that a plan was put in place to allow 16 vessels to move on Monday – 12 out of the Ukrainian ports and four in the other direction. It added there were 21 vessels in or near the Ukrainian ports with a capacity of over 700,000 metric tons that were impacted by the announcement.

However, Ukrainian officials have warned that dozens of ships could be blocked from moving.

Ukraine plays a key role in the global food market. According to the UN, Ukraine normally supplies the world with around 45 million tonnes of grain every year. It ranks among the top five global exporters of barley, corn and wheat. It’s also by far the biggest exporter of sunflower oil, accounting for 46% of the world’s exports.

In normal times, Ukraine would export around three-quarters of the grain it produces. About 90% of these exports have previously been shipped by sea from Ukraine’s Black Sea ports, according to data from the European Commission.

When Russia launched its invasion of Ukraine in late February, it effectively imposed a blockade on ships leaving Ukraine’s ports. The impact of the war on global food markets was imminent and extremely painful, especially because Ukraine is a major supplier of grain to the World Food Program. The Food and Agriculture Organization, an UN body, said that as many as 47 million people could be pushed into “acute food insecurity” because of the war.

The Black Sea deal provided much-needed relief. The UN estimates that the reduction of prices for staple foods as a result of the deal has indirectly prevented some 100 million people from falling into extreme poverty.

It added that as of Monday, more than 9.5 million metric tonnes of foodstuffs had been exported under the deal since it came into effect in the summer.

Shashwat Saraf, the East Africa Emergency Director at the International Rescue Committee, said a collapse of the deal would “hit those on the brink of starvation the most.”

“The renewed blockade is prompting grave concerns about the growing global hunger crisis, especially in East Africa where over 20 million people are experiencing hunger, or in places like Yemen which relies on Russia and Ukraine for almost half its wheat import and where over 19 million people need food assistance,” he said.

“Any attempt to undermine the agreement is an attack on hungry families around the world whose lives and livelihoods are dependent on this initiative,” USAID Administrator Samantha Power said Sunday.

On Friday, United Nations Secretary General Antonio Guterres had called on all sides to renew the grain deal, saying: “If food and fertilizers do not reach global markets now, farmers will not have fertilizers at the right time and at a price they can afford as the planting season begins, endangering crops in all regions of the world in 2023 and 2024, with dramatic effect on food production and food prices worldwide. The current crisis of affordability will turn into a crisis of availability.”

Under the original agreement, the deal was meant to be in place for at least 120 days and was up for renewal in mid-November.

On Saturday, Russia’s defense ministry said that Russia was ditching the deal because of drone attacks on the Crimean city of Sevastopol. Russia said its air defense systems “repelled drone attacks” on the city on Saturday. It claimed that one of the drones could have been launched from a civilian ship carrying grain. CNN cannot independently verify Russia’s report.

Ukraine has not confirmed that its forces attacked the port, and the extent of the damage to Russian naval vessels is not yet clear.

Moscow blamed Ukraine for the attacks, but also accused the United Kingdom of helping Kyiv to plan them. Britain in turn accused Moscow of “peddling false claims of an epic scale.” Andrii Yermak, the head of the Ukrainian president’s office, accused Russia of making up “fictitious terrorist attacks” on its own facilities in Crimea and accused Moscow of “blackmail.”

Russia had long threatened to pull out of the agreement, after complaining previously that the deal had not produced the promised benefits for Russian exports of grain and fertilizer. As part of the deal, the UN and Russia signed a memorandum of understanding that was meant to protect Russia’s exports of fertilizer and other agricultural products from the impacts of western sanctions.

However, Russia claimed last week the exports were still being obstructed. While the EU and the US agreed to exempt these exports from their embargoes, sanctions on financial institutions and bans on Russia-linked vessels mean Russia’s ability to export these products is limited.

In a statement to CNN, the UN said that under the Black Sea Grain Initiative, roughly 30% of “grains and other foodstuffs” have made it to low- and lower-middle-income countries.

Prices of wheat and corn on global commodities markets rose on Monday. Wheat futures on the Chicago Board of Trade jumped 5.5% on Monday to $8.74 a bushel. Corn futures were up 2.3% to $6.96 a bushel. Palm oil futures trading in Malaysia also rose, Reuters reported, on fears over the potential impact on exports of Ukrainian sunflower oil.