Which Tom Cruise film has made the most at the ticket booth? 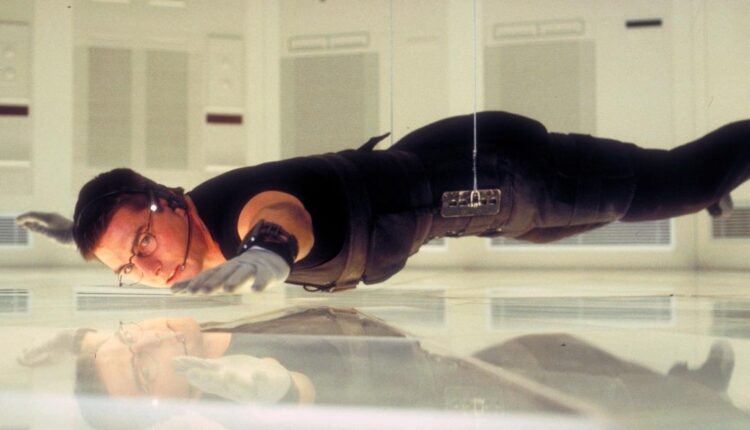 The actor has had a 40 year career of hits including “War of the Worlds,” “A Few Good Men” and “Jerry Maguire.” This weekend he returns to his iconic role of Pete “Maverick” Mitchell in “Top Gun: Maverick.”

Over his long, illustrious career, Cruise’s movies have racked up $10 billion at the global box office, but which one has brought in the most at the ticket booth?

Here’s a list of Cruise’s biggest blockbusters at the domestic box office, adjusted for inflation, according to Comscore (SCOR).

If you’re looking for a time when Tom Cruise was at the peak of his stardom, it’s hard to argue with the early 1990s.

Cruise starred in “A Few Good Men” in 1992 and “Interview with a Vampire” in 1994. Right smack dab in the middle of that blockbuster run was one of his most profitable films, 1993’s “The Firm.”

The actor solidified himself as one of Hollywood’s most bankable actors playing a young lawyer who joins a law firm with some criminal undertakings. “The Firm” may not be one of Cruise’s most memorable roles, but it’s one of his most successful.

It likely helped that it was based on the John Grisham bestseller.

“Mission: Impossible II” came four years after the original, but still made its mark.

The John Woo film — which has Cruise’s spy extraordinaire Ethan Hunt hunting down a bio-weapon — strikes up a different tone than its predecessor (lots of slow motion action sequences, for example). However, it still found an audience to help Cruise enter yet another decade of box office dominance.

Despite the film being the second-highest grossing installment in the series, it is the worst-reviewed film in the Mission: Impossible series: a 57% on Rotten Tomatoes — the only rotten score for the rollicking spy franchise.

The “Mission: Impossible” brand has defined Cruise’s career and helped him stay a movie star for the last 25 years. The series has also made a boatload of money, notching more than $3.5 billion over six films at the global box office. The next film in the series, “Mission: Impossible — Dead Reckoning Part One” hits theaters next year.

The original film — which was directed by Brian De Palma — is more of a cerebral spy thriller than its “oh my god, did Tom Cruise just do that stunt?” counterparts. Ye it was still one of the biggest hits of 1996 and of Cruise’s career.

Cruise has made a career as an action star, but his second-highest grossing film is an award-winning drama.

“Rain Man,” in which Cruise plays the brother of a autistic man played by Dustin Hoffman, was just not a huge hit, but also won multiple Academy Awards. That includes best actor for Hoffman, best director for Barry Levinson and best picture.

Cruise, however, wasn’t nominated for the film. In fact, Cruise has never won an Oscar.

It’s not surprising that Cruise’s most iconic role comes in his highest-grossing movie.

The film — which has Cruise play a cocky pilot competing to be the best in the Navy — took the box-office crown of 1986 and made Cruise the movie star we know today.

It also changed the movie industry by mixing together thrilling action sequences, an addicting 1980s soundtrack and memorable characters played by up-and-coming stars.

Cruise will once again see if audiences still feel the need for speed with “Top Gun: Maverick” this weekend.