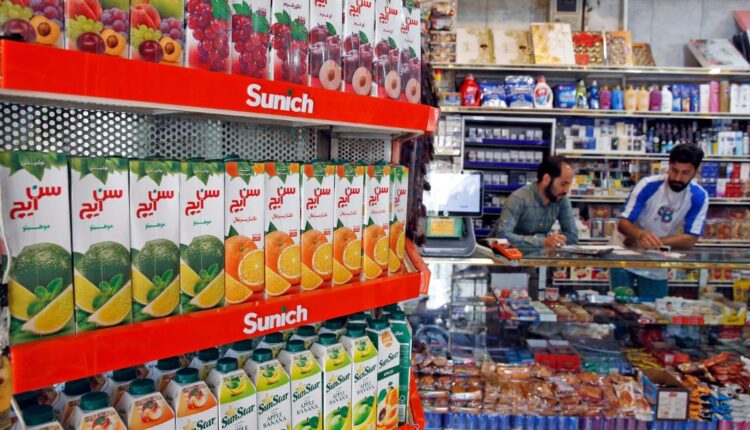 The anti-government protests, reported in at least 40 cities and towns across Iran, started over economic matters but have turned political, with demonstrators chanting anti-government slogans and calling for the fall of the regime, social media videos posted by activists showed.

When did the protests start and what triggered them?

In early May, protests erupted across some of Iran’s poorer cities after the government cut state subsidies on food, causing prices to shoot up by 300% for several flour-based staples. The price of other basic goods, like cooking oil and dairy products, also spiked. The government said the move was aimed at redistributing subsidies to lower-income people.

The subsidy changes, aimed at controlling the prices of basic goods, were introduced by Iranian President Ebrahim Raisi earlier this month in an attempt to alleviate the effect of a rise in global wheat prices and US sanctions on the Iranian economy.

Large crowds took to the streets of the southwestern Khuzestan province to protest a hike in prices, with protests later spreading to other provinces.

Most of the protesters have been public-sector workers, Zep Kalb, a visiting fellow at think tank Bourse & Bazaar Foundation, told CNN. But protesters also include teachers and drivers.

The rallies have had echoes of 2019, when many took to the streets over fuel price hikes in protests that became the deadliest since the Islamic Republic’s founding in 1979.

Does the Ukraine war have anything to do with these protests?

Iran’s economy, crippled by Western sanctions and the Covid-19 pandemic, was already struggling to cope. The Ukraine war was a “double whammy” for it, said Kalb.
“In addition to higher bread prices, discounted Russian oil and gas exports to China have also made it harder for Iran to sell hydrocarbons to its primary trading partner,” he said.

Iran is one of the top global wheat importers, relying on Russia and Ukraine for almost 40% of its wheat supplies, according to the UN Food and Agriculture Organization.

Since its oil was sanctioned by the US in 2018, Iran has relied on Chinese buyers. But its crude exports to China have fallen sharply since Russia’s invasion of Ukraine, Reuters reported, adding that Beijing has increasingly been leaning toward Russia’s discounted barrels as that country faces Western sanctions due to its war in Ukraine.

How has the government reacted to the protests?

The government has acknowledged the protests but said they were small gatherings. State media also described the protesters as “rioters and provocateurs” and said dozens were arrested.

Authorities have said that domestic unrest over food prices has been fomented by foreign “enemies,” and the “rumors that they spread and lies they tell.”

Some social media users inside Iran said that internet services have been disrupted but Iranian officials have denied the claim.

Are the protests likely to have a wider impact?

The protests won’t necessarily bring down the Iranian regime, but the government’s lack of adequate response may allow discontent to simmer, Jason Razaian, former Tehran bureau chief for the Washington Post, wrote in an opinion piece.

“At the same time, the regime has no remedy for the current set of complaints,” he wrote. “Which means they will continue, becoming even more frequent as public desperation grows.”

The protests also come as Iran tries to revive a 2015 deal with world powers that curbed Iran’s nuclear capabilities in exchange for sanctions relief. A worsening economic situation may increase the urgency in Iran to reach a deal, but the nation has so far stood firm on its demands.

“The Iranian government planned its annual budget with the expectation of higher oil revenues and potentially sanction relief,” said Kalb. “Because either of these now seems unlikely, I would not be surprised to see unannounced austerity measures and decisions to cut back on social expenditures in the near future.”

Israeli health officials confirmed Saturday that the country’s first case of monkeypox has been detected in Tel Aviv. The Ministry of Health reported that a man admitted to Tel Aviv’s Ichilov Hospital exhibiting symptoms of monkeypox tested positive for the disease Saturday.

An Iranian Revolutionary Guards colonel was killed in a rare assassination in Tehran, the elite corps said on Sunday. President Ebrahim Raisi vowed to avenge his death.

The Dubai rendition of the popular Real Housewives reality franchise has created a stir on social media after its trailer was released by Bravo TV over the weekend.

The show will debut on June 1 and chronicle the lavish lifestyles of six housewives, representing the city’s diverse makeup, including Arab, Western and African women. The women are shown engaging in Dubai’s buzzing nightlife, doing photoshoots in the desert and yoga on the man-made Palm Island.

But the show’s seemingly narrow depiction of women in Dubai as has ruffled some feathers locally.

Majid Al Amri, a Twitter user, decried the portrayal of Dubai’s women as “gold diggers” who “wear bikinis on beaches, using the nastiest language you can ever think of.” The real housewives of Dubai are “our mothers, sisters and daughters,” he said. “Yes we are a tolerant country, but that does not mean that others can walk over our morals and values.”

Dubai is part of the United Arab Emirates, almost 90% of whose population is made up of foreigners.

One user pointed out that the show does not depict Emirati women but expatriates, and “this is how they look like and how they dress,” he said.

Sara Al Madani, one of the “housewives” on the show, is Emirati. She is known as a socialite, having hosted a “Great Gatsby” themed birthday party for top footballer Karim Benzema in 2019, but she is also known locally as a successful businesswoman.

In an apparent response to the controversy, Al Madani said on Instagram, “this is a judgment done on none factual knowledge,” adding that it will contribute to breaking Western stereotypes about the Arab world. “plus you haven’t seen the show yet !!!!!!”