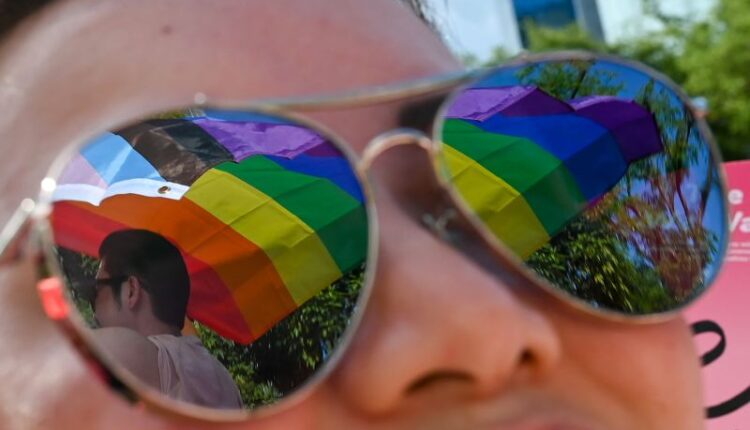 When Singapore announced this week it would end a colonial-era law that criminalized sex between men, it looked like a big victory for gay rights advocates in the Southeast Asian country.

On second look, to many it appeared to be a double-edged sword.

That’s because as it put an end to that law, the Singapore government reiterated its opposition to gay marriage.

Soon after announcing that consensual gay sex would no longer be illegal, Prime Minister Lee Hsien Loong said in his annual August rally speech that his government would “uphold and safeguard the institution of marriage” – defined in the Constitution as a union between man and woman.

That move appeared to be aimed at striking a compromise with conservative segments of society still vociferously opposed to same-sex marriage. Christianity is the third most popular religion in Singapore after Buddhism and Taoism, covering nearly one in five Singaporeans according to the 2020 census. At the same time, the city-state is home to various evangelical mega churches that preach against homosexuality.

Lee noted in his speech that gay rights remains “a highly sensitive and contentious” issue to conservatives in the country.

“What we seek is a political accommodation, one that balances legitimate views and aspirations among Singaporeans,” Lee said.

“But everyone has to accept that no (one) group can have things their way,” he added.

To gay rights activists, the continuing ban on same-sex marriage is a significant blow. At stake is more than the option of having a white wedding in church: in Singapore, couples in registered marriages have access to greater housing subsidies and adoption rights than single people.

So while activists in the LGBTQ (Lesbian, Gay, Bisexual, Transgender, Queer) community welcomed the repeal of the gay sex law, many were disappointed too.

And that disappointment will only have deepened with the suggestion by some of Lee’s ministers that not only would the government remain opposed to gay marriage – it may even create extra hurdles to prevent people from seeking to challenge the marriage laws in court.

Law minister K Shanmugam said in an interview with state media that Parliament, rather than the courts, would hold the power to define marriage – effectively making it harder for people to legally challenge the government’s policies as several gay men have attempted in recent years.

That has played well with some conservative religious groups.

“We are heartened that the government has indicated they will be taking steps to protect the prevailing norms and values of the Singaporean society on the issue of marriage,” said Bishop Titus Chung in a statement issued on behalf of the Diocese of Singapore.

The National Churches Council, made up of several local churches and Christian organizations, said that its members “further appreciated” the government’s assurance that it would “uphold and safeguard the institution of marriage.”

And the Singapore Catholic Church also welcomed the government’s move. “Otherwise, we will be taking a slippery road of no return, weakening the fabric of a strong society which is founded on the bedrock of holistic families and marriages,” it said.

Activists, meanwhile, have signaled their disappointment.

“Any move by the government to introduce further legislation or constitutional amendments that signal LGBTQ+ people as unequal citizens is disappointing,” more than 20 activist groups said in a joint statement.

Still, some activists say they prefer to focus on the positives, at least for now.

As associate law professor Eugene Tan of the Singapore Management University put it: “Singapore removed a law long regarded as being discriminatory towards gay men. To view the current situation as removing one prohibition in favor of preserving another is overlooking the progress made.”

In 2012, Gary Lim and Kenneth Chee, a gay couple who had been together for 15 years, challenged the law against gay sex at Singapore’s High Court.

“For us, repealing (the gay sex law) was never about gay marriage,” the couple said. “We are just both relieved that after ten years, (its abolition) has happened during our lifetime.”

However, they admit to being disappointed with the government’s remarks on marriage.

“We expected that to happen, but it isn’t the end,” Lim said. “The work doesn’t stop and with this repeal, things will get stronger and move forward as the queer community heals.”

“Getting married would be a nice acknowledgment of our relationship and love for each other but at this point, it isn’t the most important thing,” Chee said.

“But it (puzzles me) how our marriage would affect straight marriages, that I don’t understand,” he added.

“I hope that the conservatives can one day see gay people are not dangerous or a threat to them or their children. They don’t have to fear us.”

“And maybe in the future we can all forge a relationship and work together.”

At least 23 people dead, 140 injured in violent clashes between rival militias in Libyan capital of Tripoli