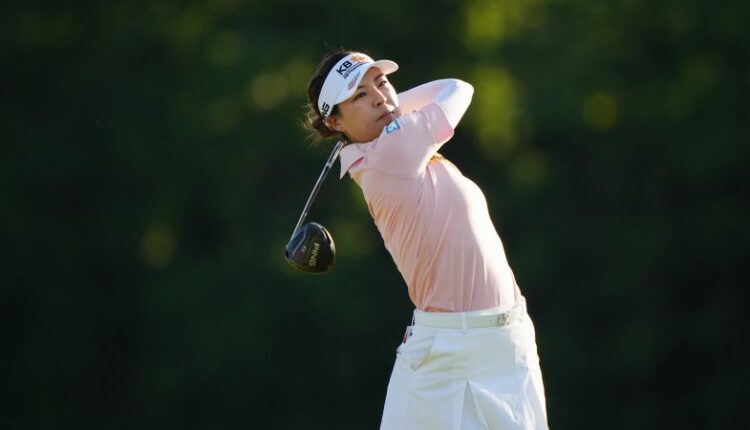 In Gee Chun extended her lead at the Women’s PGA Championship on Friday, following up a historic opening round with another impressive performance.

Ranked 33rd in the world, the South Korean shot a three-under 69 to move six strokes clear at Congressional Country Club in Bethesda, Maryland, and accelerate her pursuit of a third career major.

It is the biggest lead after 36 holes in any women’s major across the last 20 years, according to KPMG Performance Insights.

New Zealand’s Lydia Ko and Jennifer Kupcho of the USA lead the chasing pack after carding 67 and 68 respectively.

A sensational start Thursday had seen Chun, 27, sink nine birdies en route to carding an eight-under 64 that tied the lowest opening round in Women’s PGA Championship history and established a new record for Congressional’s Blue course, remodeled in 2021.

Incredibly, Chun had held a seven-shot lead on her return to the clubhouse, with her ferocious start catching the eyes of many across the golf world – none more so than two-time major winner Justin Thomas.

“I can’t stop staring at the leaderboard. Leading by 7 halfway thru day 1!!!!” Thomas tweeted.

Though the margin had been cut to five by compatriot Hye-Jin Choi and Thailand’s Pornanong Phatlum by the day’s close, Chun’s advantage still leveled the largest first round major lead in women’s golf history.

Chun’s feat was made even more impressive by the fact many players had struggled with the effects of overnight rain, with Choi and Phatlum the only other players to shoot under 70.

“I don’t know what golf course In Gee is playing,” Korda said Thursday.

“She must be playing really well. I would think when I teed it up today, I would be very happy with the score that I shot.

“I think at the beginning part of the day you saw some higher numbers. In Gee is just playing really well, and applause to her. Sometimes it just has to be your week, right? You’re going to continue to stick to your game plan and hopefully shoot some good numbers coming into Sunday.”

Champion at the US Women’s Open in 2015 and the Evian Championship a year later, victory in Bethesda would end Chun’s six-year wait for another major.

A win would also see her claim $1.35 million of a Women’s PGA Championship record $9m purse, with the prize money doubled that of last year’s event. Minjee Lee’s victory at the US Open in June saw the Australian take home the highest payout in women’s golf history, earning $1.8m of the $10m total purse.

And after a solid second round saw the South Korean card five birdies to maintain a healthy lead, Chun is set on maintaining her focus in her pursuit of the title.

“I feel like after I had a great first round, it’s now a game that’s going more me versus me,” she told reporters Saturday.

“I keep trying to make good focus, and I just want to keep trying what I did last two days. I think that’s the key to make win this week. Just go with the flow, do what I can do.”