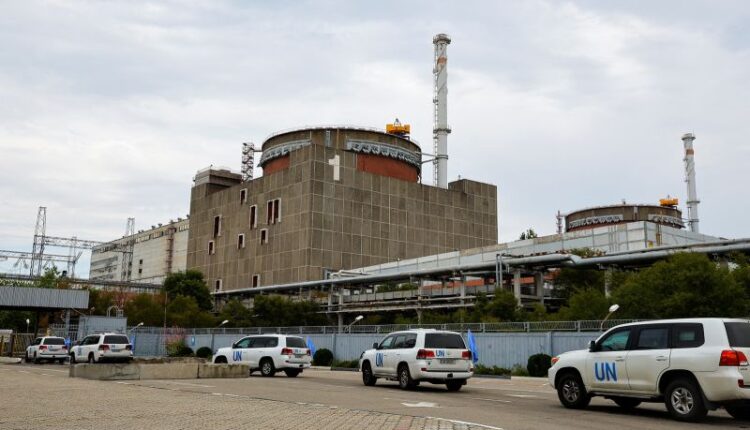 The United Nations nuclear watchdog has called for the “immediate establishment of a nuclear safety and security protection zone” around the Russian-held Zaporizhzhia nuclear power plant (ZNPP) in Ukraine, saying in a report published Tuesday that it remained “gravely concerned” about the situation.

“There is an urgent need for interim measures to prevent a nuclear accident arising from physical damage caused by military means,” the International Atomic Energy Agency (IAEA) wrote in its report.

The highly anticipated report comes days after IAEA Director General Rafael Grossi led an expert mission to Zaporizhzhia, the largest nuclear complex of its kind in Europe, in what was the first independent look at the condition of the facility since Russia seized it at the start of the war.

The plant and the area around it, including the nearby city of Enerhodar, have endured persistent shelling that has raised fears of a nuclear accident through the interruption of the power supply to the plant. Each side accuses the other of acts of nuclear terrorism.

Grossi has since left the area, but two members of the 14-person team have remained behind as part of the agency’s plan to establish a continuous presence at the nuclear plant that could help stave off the possibility of a dangerous nuclear accident.

While there, the team saw first-hand the damage shelling has caused to the facility and “noted with concern that the shelling could have impacted safety related structures, systems and components, and could have caused safety significant impacts, loss of lives and personnel injuries,” the report said.

The team saw damage “at different locations caused by reported events with some of the damage being close to the reactor buildings,” it wrote.

This included damage to the roofs of various buildings, to the special building that houses fresh nuclear fuel and solid radioactive waste storage facility, and “the container where the radiation monitoring system is located, in the vicinity of the dry spent fuel storage facility.”

The IAEA team also witnessed shelling during its visit and called on both sides to cease hostilities in the area, it wrote. In one incident, the team had to evacuate to the ground level of the plant’s administrative building.

“While the ongoing shelling has not yet triggered a nuclear emergency, it continues to represent a constant threat to nuclear safety and security with potential impact on critical safety functions that may lead to radiological consequences with great safety significance,” the report concluded.

In recent weeks, Russia has accused Ukraine of firing at the plant, while Kyiv alleges that Moscow is using it as a fortress to protect its forces and heavy weaponry from Ukrainian forces, which have purportedly been ordered not to fire back at the sprawling complex. CNN has been unable to verify either government’s claims.

The IAEA team noted “the presence of Russian military personnel, vehicles and equipment at various places” of the plant, adding that “military vehicles stationed under the overpass connecting the reactor units.”

The plant’s staff have been working under inordinate pressure, and Grossi said it “was essential that the Ukrainian staff operating the plant under Russian occupation must be able to carry out their important duties without threats or pressure undermining not only their own safety but also that of the facility itself,” the report wrote.

“The IAEA recommends that shelling on site and in its vicinity should be stopped immediately to avoid any further damages to the plant and associated facilities, for the safety of the operating staff and to maintain the physical integrity to support safe and secure operation,” it added.

The IAEA goes on to say the situation in Ukraine “is unprecedented,” and that a “nuclear accident can have serious impacts within the country and beyond its borders.”

“The current situation is untenable and the best action to ensure the safety and security of Ukraine’s nuclear facilities and its people would be for this armed conflict to end now,” the report reads.

“The seven pillars have all been compromised at the site,” the report said in reference to the nuclear watchdog’s framework, which includes the physical integrity of facilities, their safety systems, secure off-site power supply, effective radiation monitoring systems and reliable communications with the regulator.

“Russia is only interested in keeping the situation at its worst for the longest time,” he said in his nightly address on Monday.

While the international community has been on high alert about nuclear safety, experts believe a Chernobyl-style disaster is unlikely. The plant is equipped with modern security systems, meaning even if there was neglect to its upkeep, or major military action caused serious damage, the result would be most comparable to the nuclear disaster in Fukushima – which was contained locally, according to Janes and Energoatom.