Zaporizhzhia nuclear plant disconnects from power grid after nearby fires 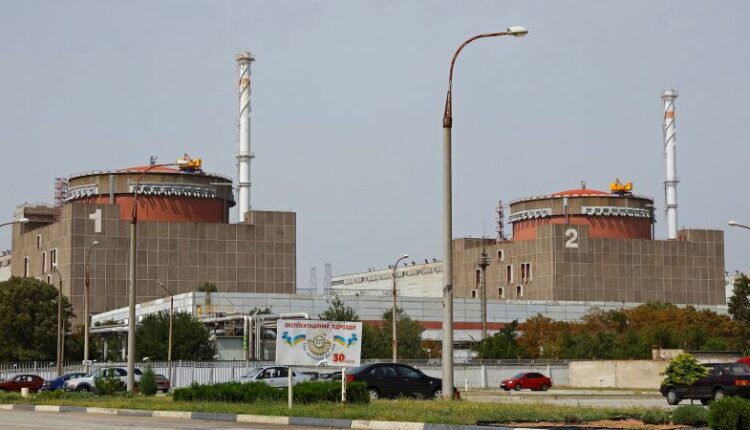 Ukraine’s Zaporizhzhia nuclear power plant, which is held by Russian forces, was disconnected from the power grid for the first time in its history on Thursday, according to the country’s nuclear operator.

While the power supply to the plant has since been restored, the plant’s six reactors remained disconnected from Ukraine’s energy grid on Thursday evening local time, the International Atomic Energy Agency (IAEA) said, citing Ukraine.

“The world must understand what a threat this is: If the diesel generators hadn’t turned on, if the automation and our staff of the plant had not reacted after the blackout, then we would already be forced to overcome the consequences of the radiation accident,” Zelensky said during his nightly address.

Could Europe see a nuclear disaster? Hear what expert says

The generators are installed to supply power to cooling pumps to stop the fuel from overheating in the event of an electricity blackout.

“Russia has put Ukraine and all Europeans in a situation one step away from a radiation disaster,” Zelensky said, adding that officials from the IAEA, the UN’s nuclear watchdog, must be given urgent access to the site.

In a statement Thursday, Energoatom said fires at a nearby thermal power plant caused the nuclear plant’s last remaining electricity power line to disconnect twice. The plant’s three other lines had been “lost earlier during the conflict” it added.

Energoatom blamed Russia for the disconnection. “The actions of the invaders caused a complete disconnection of the ZNPP (Zaporizhzhia nuclear power plant) from the power grid – the first in the history of the plant.”

The nuclear plant, which is Europe’s largest, has been under Russian control since March. Clashes around the complex have sparked widespread concern and fears of a disaster.

Ukraine has accused Russian troops of using the plant as a shield, risking a potential disaster at the plant. The Kremlin has in turn repeatedly accused Ukrainian forces of shelling the plant.

The Russian-installed regional governor blamed Ukrainian military action for the outages, and added “work was underway to restore the power supply to the region and launch the second power unit.”

Zaporizhzhia nuclear power plant generates about 20% of Ukraine’s electricity and a prolonged cut from the national grid would be a huge challenge for Ukraine as colder weather approaches.

Negotiations are under way for the IAEA to visit the plant. “Almost every day there is a new incident at or near the Zaporizhzhya nuclear power plant. We can’t afford to lose any more time. I’m determined to personally lead an IAEA mission to the plant in the next few days to help stabilize the nuclear safety and security situation there,” IAEA Director General Rafael Grossi said in the statement.

He earlier indicted to France 24 that they were “very, very close” to an agreement with Russia.

But Thursday’s disconnection has raised concerns that Moscow is attempting to divert electricity produced at Zaporizhzhia to Russian-occupied parts of Ukraine.

This view was put forward on Monday by Kotin, CEO of Energoatom, Ukraine’s state energy operator, who accused Russia of trying to disconnect the plant from the Ukrainian grid “and then try to reconnect it to Russian system,” in an interview with CNN.

But he warned once the fourth line was damaged, “we will have blackouts more through the whole plant,” he said, describing it as a “dangerous situation” because the plant would be reliant on only diesel-powered generators, which are unreliable “because they need fuel for their work, and also … they have limited capacity to constantly be in work mode.”

Nuclear plants use a number of auxiliary safety systems, such as diesel generators and external grid connections, to keep reactors cool. If those systems failed, then the nuclear reactor would heat up swiftly, triggering a nuclear meltdown.

Citing Ukraine, the IAEA said Thursday that the plant “remained connected to a 330 kV line from the nearby thermal power facility that can provide back-up electricity if needed.”

“It is clear that Russia’s shelling and seizure of Ukraine’s power plants and infrastructure are part of its strategy to create energy crises in Europe. We strongly condemn any action at ZNPP or elsewhere that impacts the health and welfare of civilians throughout the region,” Patel said during a briefing call with reporters.

Top US State Department official Bonnie Jenkins also warned on Thursday that Russia’s actions at the plant “have created a serious risk of a nuclear incident, a dangerous radiation release that could threaten not only the people and environment of Ukraine, but also affect neighboring countries and the entire international community.”

Jenkins, who is Undersecretary of State for Arms Control and International Security, called for Russia to cease its military activities around the plant, stressing the importance of an IAEA visit.

Join Us On Twitch While We Build Gundams