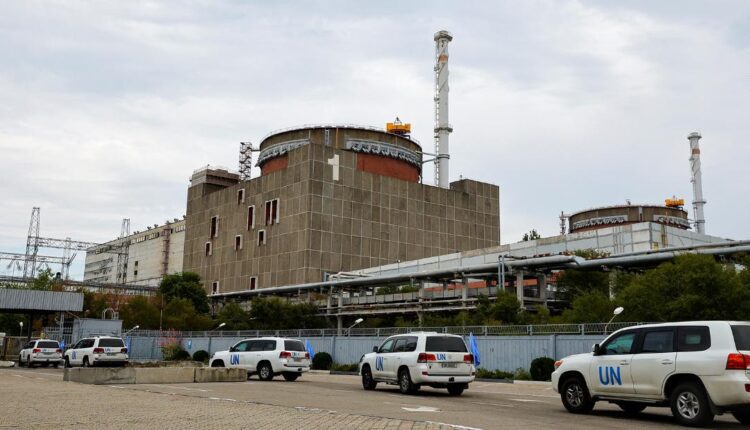 Inspectors from the UN nuclear watchdog arrived at the site Thursday despite concerns about constant shelling in the area. Ukraine and Russia have blamed each other for the repeated artillery fire.

IAEA experts at the facility, which is currently held by Russian forces but operated by a Ukrainian workforce, were informed by senior Ukrainian staff on Saturday that the plant’s fourth operational 750 kv power line was down. Three others were previously lost.

However, a reserve line links the facility to a nearby thermal power plant which is delivering electricity to the external grid. It can also provide back-up power to the plant if required. The plant was previously temporarily disconnected from the main power line on August 25.

Separately, plant management also informed the IAEA team that the plant’s reactor number five was disconnected Saturday afternoon due to grid restrictions. The fifth reactor was also disconnected on Thursday when IAEA Director General Rafael Grossi visited the site. That had been due to an internal electrical failure and was reconnected again Friday. The plant has six reactors, only two of which have been functioning.

There is still one reactor in operation which is producing electricity for cooling, other essential safety functions, and for households, factories and others on the grid, according to the IAEA statement.

Director General Grossi called his team’s presence at the facility “a game changer” in a statement Saturday.

“Our team on the ground received direct, fast and reliable information about the latest significant development affecting the plant’s external power situation, as well as the operational status of the reactors,” Grossi said. “We already have a better understanding of the functionality of the reserve power line in connecting the facility to the grid. This is crucial information in assessing the overall situation there.”

Grossi said Friday the nuclear watchdog planned to produce a report “early next week” to address the status of the facility.

Following the IAEA’s visit on Thursday, six members of the team stayed behind to continue their work. Of those, two are expected to remain as part of the agency’s plan to establish a continuous presence at the nuclear plant that could help stave off the possibility of a dangerous nuclear accident.