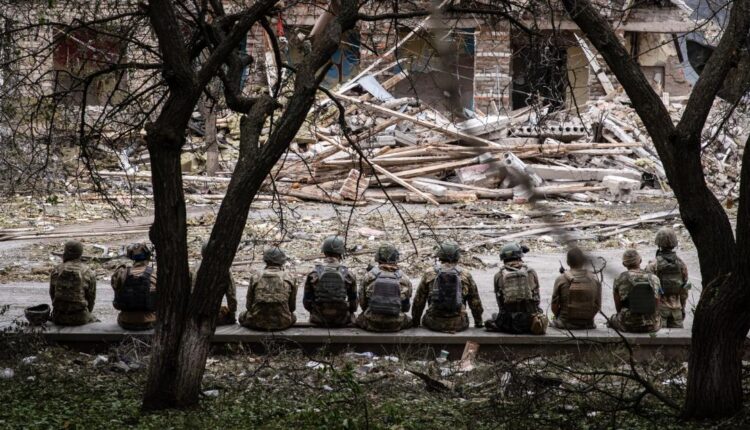 The human rights watchdog published a press release last week accusing Ukrainian forces of putting civilians in harm’s way by setting up military bases in residential areas, including schools and hospitals and launching attacks from populated civilian areas.
Ukrainian President Volodymyr Zelensky lashed out at the group’s report, arguing that it tried to “shift the responsibility” of civilian deaths in Ukraine away from Russia.

The report sparked the resignation of the head of Amnesty in Ukraine, Oksana Pokalchuk, who said she had tried to dissuade the organization from publishing the report as it appeared.

“If you don’t live in a country occupied by invaders that are tearing it to pieces, you probably don’t understand what it’s like to condemn an ​​army of defenders,” Pokalchuk said in a statement on Facebook.

“Such important reports, which are published at such a moment and in such a context, cannot fail to contain information about the other side of the war, about the one who started this war,” she added. “The organization created material that sounded like support for Russian narratives. Seeking to protect civilians, this research instead became a tool of Russian propaganda.”

Ukraine’s foreign minister, Dmytro Kuleba, also hit out at the report, tweeting that it “distorts reality, draws false moral equivalence between the aggressor and the victim, and boosts Russia’s disinformation efforts.”

Following the backlash, Amnesty said in a statement to CNN Sunday: “While we fully stand by our findings, we regret the pain caused and wish to clarify a few crucial points.”

The watchdog reiterated that it had “documented how in all 19 of the towns and villages we visited, we found instances where Ukrainian forces had located themselves right next to where civilians were living, thereby potentially putting them at risk from incoming Russian fire.”

“We made this assessment based on the rules of international humanitarian law (IHL), which require all parties to a conflict to avoid locating, to the maximum extent feasible, military objectives within or near densely populated areas. The laws of war exist in part to protect civilians, and it is for this reason that Amnesty International urges governments to comply with them,” the watchdog said.

“This does not mean that Amnesty International holds Ukrainian forces responsible for violations committed by Russian forces, nor that the Ukrainian military is not taking adequate precautions elsewhere in the country,” it said.

Experts not associated with Amnesty have found that patterns of violent acts by Russian forces in Ukraine meet the qualification of crimes against humanity.

“We must be very clear: Nothing we documented Ukrainian forces doing in any way justifies Russian violations,” Amnesty said. “Russia alone is responsible for the violations it has committed against Ukrainian civilians. Amnesty’s work over the last six months and our multiple briefings and reports on Russia’s violations and war crimes reflect their scale and the gravity of their impact on civilians.”

Amnesty said it reached out to the Ukrainian government on July 29 detailing the findings.

“In our letter, we included GPS coordinates and other sensitive information about the locations, including schools and hospitals, where we had documented Ukrainian forces basing themselves among civilians. We did not make this information public in our press release due to the security risks it would pose to both Ukrainian forces and to the civilians we interviewed,” the watchdog said.

“Amnesty International is not attempting to give the Ukrainian military detailed instructions regarding how they should operate — but we call on the relevant authorities to abide by their international humanitarian obligations in full,” Amnesty said. “Amnesty International’s priority will always be ensuring that civilians’ lives and human rights are protected during conflict.”

In his comments on Thursday, Zelensky accused Amnesty of handing a propaganda victory to Moscow.

“We saw today a completely different report from Amnesty International, which, unfortunately, tries to amnesty the terrorist state and shift the responsibility from the aggressor to the victim,” Zelensky said.

“This is such immoral selectivity,” he added. “Anyone who amnesties Russia and who artificially creates a such informational context where some attacks by terrorists are supposedly justified or supposedly understandable cannot fail to understand that, in doing so, they are helping the terrorists.”