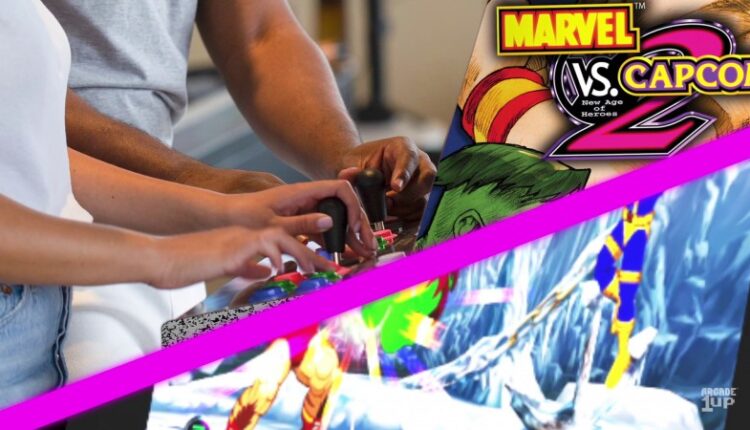 
One of the most beloved fighting games of all time is finally getting the Arcade1Up treatment. Marvel vs. Capcom 2, the legendary crossover extravaganza from 2000, is the latest game featured by the replica arcade cabinet company.

Marvel vs. Capcom 2 gathers 56 playable heroes and villains from both Marvel and Capcom’s robust catalogs of characters in an over-the-top 3v3 fighting game. In addition to giving you something approximating the original arcade experience through this replica cabinet, the Arcade1Up release also features online play via Wi-Fi.

As it has done with most of its recent cabinets, Arcade1Up offers more than just the game on the marquee. You can see the full list of eight classic Marvel games included in this cabinet below.

Marvel vs. Capcom 2 has been largely unavailable since 2013, with home digital versions getting delisted or physical copies skyrocketing in price. Arcade1Up’s Marvel vs. Capcom 2 cabinet opens up for pre-orders starting September 8, with orders shipping a few weeks later in early October. The package includes a matching custom riser, light-up marquee, a headphone jack, and exclusive side-panel art. You can sign up to be notified of when pre-orders go live at Arcade1Up’s official page.