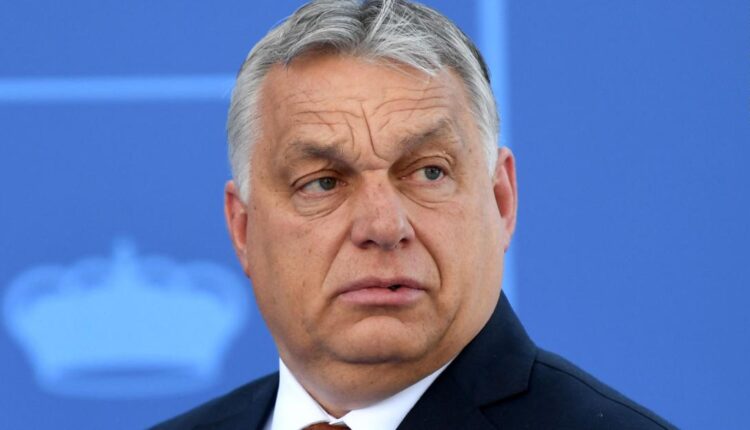 He wore a similar dark suit, white shirt and plain tie, albeit orange rather than Trump’s trademark red. He flashed the same thumbs-up as Trump as they posed for photographs.

But Orban is no populist disciple of Trump: He was in power before, he built a fence to keep out migrants and refugees before, and more than a decade ago he introduced a new constitution that defined marriage as only between a man and a woman and life as beginning at conception, as well as other measures that were criticized as violating human rights.

But whatever welcome he gets from the CPAC audience in Dallas, the situation at home is showing cracks.

A racist speech by Orban last week lost him an adviser who had worked with him for 20 years. “This is why we have always fought,” Orban claimed of Europeans. “We are willing to mix with one another, but we do not want to become peoples of mixed race.”

Orban has since said he is neither racist nor anti-Semitic but his talk of racial purity has set off alarm bells in his capital, Budapest, where Jews were persecuted and murdered in the Second World War.

Rabbi Robert Frolich of the city’s historic Dohany Street Synagogue said Orban’s words hit too close to home, most particularly for the older members of his congregation.

“Most of them are Holocaust survivors,” he told CNN. “They are worried. They have heard this before and it didn’t end well.”

Orban has consolidated power since he became prime minister in 2010, having previously held the office from 1998 to 2002. He won his fourth consecutive term this April in a landslide but Freedom House, the US-based democracy research organization, rates the country only “partly free.”

His economic policies have won him support, but with inflation rising, that’s beginning to change, according to economist Zoltan Pogatsa.

“In the longer run, yes, I think Orban remains popular but at this particular point in time I think more people are skeptical about him than ever before,” he said.

Data from the Organisation for Economic Co-operation and Development (OECD) show that Hungary has a falling population and project its GDP will decline 2.5%.
Hungary is also heavily dependent on Russian gas and any shutoff of supplies could send the country into a deep recession, the International Monetary Fund has said.

David Horvath, a juice seller, says: “To be honest, Viktor Orban is not even liked in our own country.”

But Margaretta Krajnik, a butcher, begs to differ. “Viktor Orban is doing everything for his people,” she says. “He loves his people.”

Here, it’s a split decision. In Dallas, the welcome by American conservatives may be more effusive.