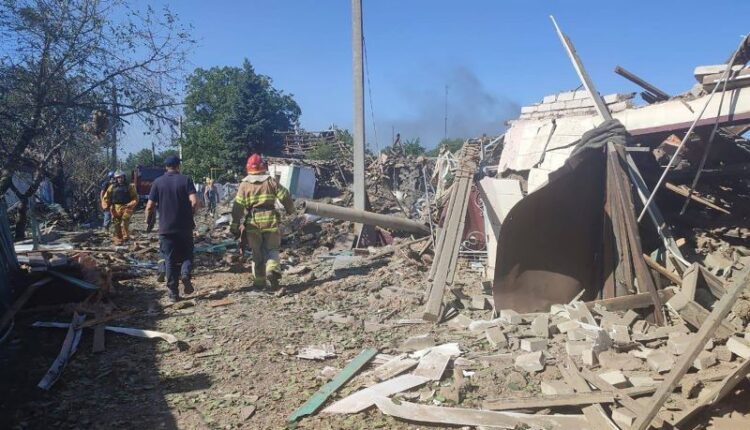 Prison cells installed at the Philharmonic Hall in Mariupol, Ukraine, in this image released via social media on August 6.

There are growing concerns over the trials of prisoners of war scheduled to take place in Russian-occupied Mariupol, with Washington and Moscow trading barbs over the plans.

“Show trials”: On Wednesday, the US State Department said the Kremlin was using the trials as an attempt “to deflect responsibility for President Putin’s war of aggression and distract from overwhelming evidence of the atrocities Russian forces have committed in Ukraine.”

The State Department said it strongly condemned the “planned show trials,” and described them as “illegitimate and a mockery of justice.”

“All members of Ukraine’s armed forces, including domestic and foreign volunteers incorporated into the armed forces, are entitled to prisoner of war status if they are captured and must be afforded the treatment and protections commensurate with that status, according to the Geneva Conventions,” the State Department said.

Russian reaction: The Russian Embassy in Washington responded early Thursday, accusing the US of “groundless accusations” against Russia.

It added that the “upcoming trial is aimed at bringing justice to war criminals, among which there are Nazis from the Azov Regiment.”

The embassy added that Washington was “clearly afraid of making public the evidence of the inhumane acts committed by members of this terrorist organization,” referring to Russia’s claims that it launched a “special mission” to protect itself from genocide at the hands of ​”neo-Nazis.”

No start date: Denis Pushilin, leader of the self-declared Donetsk People’s Republic (DPR), said that the trials will include soldiers from Ukraine’s “regular army” as well as members of the Azov Regiment.

Speaking on Russian television Thursday, Pushilin said that “all war criminals will be court-martialed at the tribunal.”

However Ukrainian official Petro Andriushchenko, an adviser to the mayor of Mariupol, said that the DPR has not announced a start date for the trials.

“Most likely, this is due to the lack of ‘confessions’ of our Heroes themselves,” said Andriushchenko, who is not in Mariupol himself, on his Telegram channel Thursday.

The area around the building slated to host the trials remains closed, he added.

Some context: The UN High Commissioner for Human Rights this week expressed concern about the trials, saying that willfully depriving prisoners of war a fair trial is a war crime, and international humanitarian law prohibits the establishment of courts solely to judge prisoners of war.

Opinion: 200 years after Napoleon’s defeat, the French and British are still exchanging shots