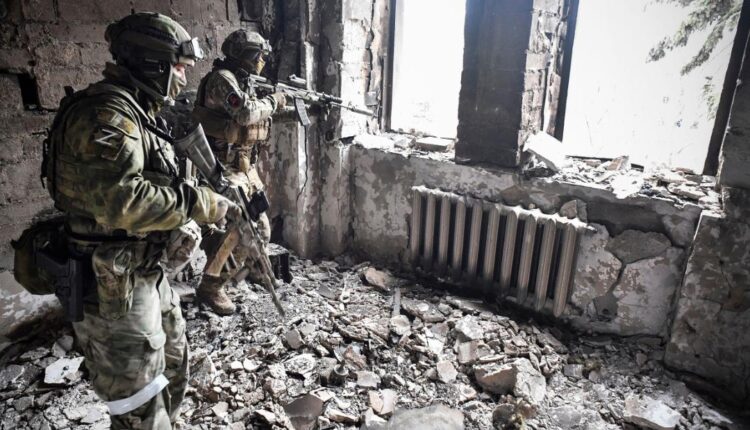 
The first shipment of grain to leave Ukraine’s Black Sea port of Odesa since Russia began its invasion passed the inspection of the Joint Coordination Centre (JCC) in Istanbul on Wednesday, according to Ukrainian and Turkish officials.

Turkey’s Defense Ministry said Tuesday that an inspection of the M/V Razoni would be carried out by a delegation consisting of representatives of Turkey, Russian Federation, Ukraine and the United Nations.

“The ship RAZONI has passed the inspection of the Joint Coordination Centre and is ready to proceed to its destination,” Ukrainian Infrastructure Minister Oleksandr Kubrakov said on Facebook.

The Turkish Defense Ministry said in a tweet that the inspection of the shipment has been completed and that the ship will head next to Lebanon.

The three-hour inspection involved assessing the ship’s crew and cargo, and recording “valuable information on the vessel’s journey” along the corridor in the Black Sea agreed by the JCC, according to a statement from the center.

“The JCC will use this voyage in its ongoing work on fine tuning procedures and processes to enable the continuation of safe passage of commercial vessels across the Black Sea under the Initiative,” the statement said.

Three ports in Ukraine are scheduled to renew the export of millions of tonnes of wheat, corn and other crops, the statement added.

The M/V Razoni departed from the port of Odesa on Monday, carrying more than 26,000 tonnes of corn. After being delayed due to bad weather, it arrived in Istanbul on Tuesday evening. The ship is next heading to the port of Tripoli in Lebanon.

“This is the first ship that goes along the ‘grain corridor’ agreed with the UN and Turkey. Thanks to the Armed Forces of Ukraine and port services, RAZONI safely made its way to the Bosphorus, where it was inspected by representatives of the JCC,” Ukrainian Infrastructure Minister Oleksandr Kubrakov posted on Facebook.

“Using RAZONI as an example, all the necessary control and coordination measures between Ukraine and the signatory partners — the UN and Turkey — are being finalized and worked out,” Kubrakov said.

He added that 17 vessels are loaded and awaiting permission to leave Ukraine and that applications are being accepted for the entry of new ships to Ukrainian ports for loading agricultural products.

US Secretary of State Antony Blinken called the departure of the first grain ship from the Black Sea “significant,” but noted it is “only a first step, and continued implementation of the July 21 UN-facilitated deal is essential to bolster food security around the world.”

“Russia must meet its commitments, including by facilitating unimpeded exports of agricultural products from Black Sea ports,” Blinken said in a statement Wednesday.

“Russia must also end its attacks that are rendering farmland in Ukraine unusable and destroying agricultural infrastructure,” he continued. “As long as Russia continues its aggression, the Ukrainian people and the world���s most vulnerable will continue to suffer its effects.”