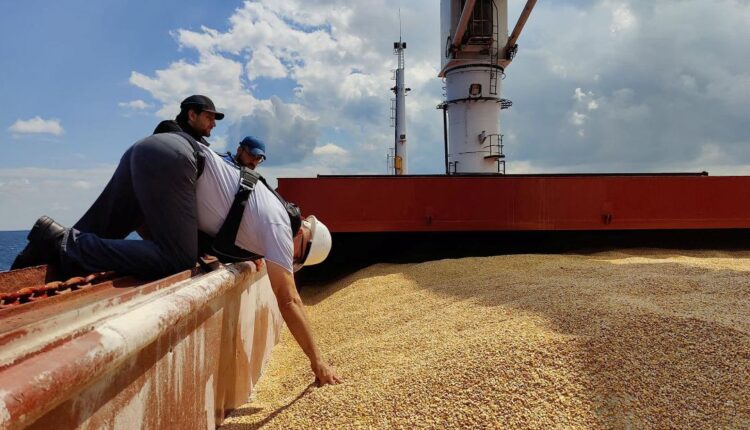 
The US believes Russia is planning to falsify evidence to frame the Ukrainian armed forces for the Olenivka prison attack on July 29, John Kirby, a spokesperson for the National Security Council, confirmed.

“We anticipate that Russian officials will try to frame the Ukrainian Armed Forces in anticipation of journalists and potential investigators visiting the site of the attack. In fact, we’ve already seen some spurious press reports to this effect, where they have planted evidence. We have reason to believe that Russia would go so far as to make it appear that Ukrainian HIMARS — the high mobility advanced rocket systems that have been so much in the news lately — were to blame. And to do that before journalists arrived on site, and again, we’re beginning to even start to see some press reporting to that effect,” Kirby told CNN’s Jeremy Diamond when asked for further information on the reported plan to falsify evidence.

CNN reported Wednesday that the White House believes Russia will falsify evidence ahead of visits to the prison by outside parties.

On the detention of WNBA star Brittney Griner, Kirby elaborated further on what US President Joe Biden has been doing.

“When I say personally involved, I mean, he’s, he’s in constant touch with all the members of his team that are working on Brittney’s case and it’s not just Secretary of State Blinken. [It’s] Jake Sullivan, the special presidential envoy for hostage affairs, the deputy Homeland Security adviser Josh Geltzer. I mean there’s a lot of people involved in here and he’s driving a process of continual updates that he can get from his team. He’s offering guidance to them as needed,” Kirby told CNN’s Jeremy Diamond, adding, “You’ve seen that he has talked to Mrs. Griner herself, and I certainly would expect that he’s going to continue to have those kinds of conversations going forward. He’s staying focused on this.”

Asked by CNN’s Diamond if Biden would be willing to talk with Russian President Vladimir Putin about Griner’s Case, he said that they had no calls to readout or preview.

And on the decision to make the deal public, Kirby said, “Can we say that making it public had a direct line to bringing them home? Not yet, but we hope it will. We hope it will. We felt, we felt it was important to make sure the American people knew, but as well as people around the world, how seriously we’re taking these two cases. And that, so seriously, in fact, that that we had made a proposal that we believe the Russians ought to accept and you will notice that the day after we did that the Russians started talking, even publicly. So I’ll leave it at that.”

And asked about CNN’s reporting that the Department of Homeland Security is going to stop wiping mobile devices of high level officials and political appointees without backing them up first, Kirby declined to comment further.