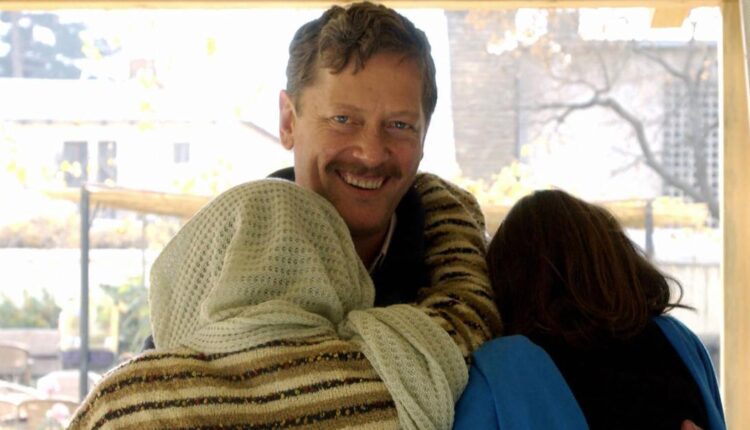 “We are thrilled Peter is coming home. Thanks to the Afghan administration for releasing him,” Syed said on Monday.

Jouvenal was detained by the Taliban in mid-December. He was visiting Afghanistan on business, according to his wife. Along with the four other British citizens, he had been held for six months by the Taliban.

Jouvenal previously owned the Gandamack Lodge, a hotel in Afghanistan’s capital Kabul popular with journalists, aid workers and diplomats, which opened in 2002 after the Taliban was toppled by US forces. It closed in 2014.

Jouvenal filmed CNN’s interview with Osama bin Laden in 1997. He had covered the wars in Afghanistan since the Soviet occupation of Afghanistan during the 1980s.

Earlier on Monday, the UK’s Foreign Secretary, Liz Truss, announced the government had secured the release of five British nationals detained in Afghanistan.

“They will soon be reunited with their families. I am grateful for the hard work of British diplomats to secure this outcome,” she said.

However, the UK Foreign, Commonwealth and Development Office (FCDO) made no reference to the British nationals’ identity in its statement.

Earlier on Monday, the FCDO said in a statement that the British nationals’ travel to Afghanistan was a “mistake,” adding that they had gone there against government advice and apologized for any breach of Afghan culture or laws.

“The UK government regrets this episode,” the FCDO said.

“A number of British nationals who had been involved in activities that were against the laws and traditions of Afghan people were detained around six months back,” Mujahid wrote on his official Twitter account.

“After repeated talks and meetings between the Islamic Emirate of Afghanistan and the British side, yesterday they were released and handed over to their country, according to an agreement.”

The detained nationals have “pledged to adhere to the laws of Afghanistan, the traditions and culture of the people and won’t violate them again,” said Mujahid, who also said that Afghanistan was a safe place.

“Afghanistan is safe for all, anyone can come to Afghanistan for charity works and tourism,” he said.

Colombia’s new president aims to reset relations with US