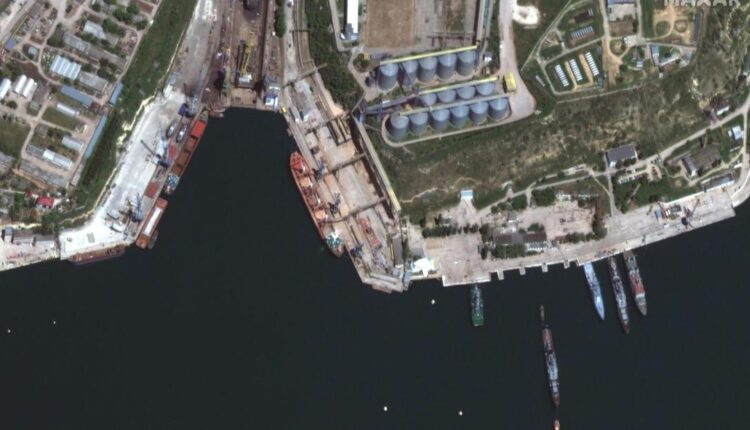 
Russia is trying to “blackmail” the international community with an offer to unblock Ukrainian sea ports if sanctions against it are lessened, Ukrainian Foreign Minister Dmytro Kuleba said at the World Economic Forum in Davos, Switzerland, on Wednesday.

This is “clear blackmail,” Kuleba claimed. “You could not find a better example of blackmail in international relations.”

He warned that if Russia does not lift its blockage of Ukrainian exports of crops, the entire agricultural cycle will be interrupted and could spur a “multi-year food crisis.”

Speaking at a panel discussion, Kuleba said Russia and Ukraine are nowhere near the possibility of negotiated peace and that Moscow has no intention of taking part in discussions aimed at ending the war.

“When you are conducting an operation like this, you basically say no to negotiations. If Russia had preferred talks to war, they would have behaved differently,” he said.

Making concessions to Russia has not worked since 2014 and won’t work now, Kuleba said.

Kuleba called again for further sanctions against Russia, namely stopping the purchase of Russian oil, which he said is keeping Moscow in a comfortable position.

“Ukraine is suffering more than Russia is with the sanctions against it. … After three months of war, my message is simple: kill Russian exports. Stop buying from Russia and allowing them to make money that they invest in the war machine to kill and destroy,” he said.