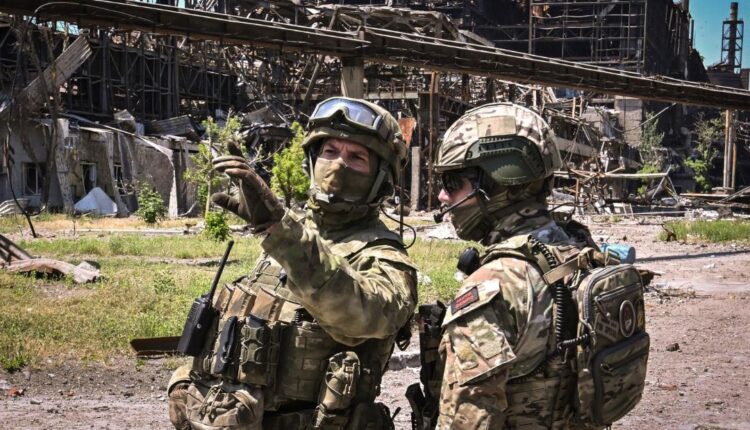 
Fierce fighting continues in Severodonetsk and the Kharkiv region, Ukrainian President Volodymyr Zelensky said during a video address on Tuesday.

In Severodonetsk “the losses, unfortunately, are painful,” Zelensky said. “But we have to hold on.” He went on to say how it is vital for the Ukrainian military to stay in Donbas.

“The more losses the enemy suffers there, the less strength they will have to continue the aggression. Therefore, the Donbas direction is key to determining who will dominate in the coming weeks,” Zelensky said.

Ukraine’s president also spoke about how “painful losses” have taken place in the Kharkiv region where the Russian army is trying to strengthen its position.

“Fighting for this direction continues, and we still have to fight hard to fight for complete security for Kharkiv and the region,” Zelensky said.

Fierce battles are occurring in Izium, to the south of Kharkiv, according to local official Maksym Strelnyk.

Strelnyk, the deputy of Izium’s city council, said Russian forces are trying to move in the direction of Sloviansk and Barvinkove.

Ukrainian Armed Forces have been able to liberate some settlements on the outskirts of Izium with counterattacks. Strelnyk estimates 15,000 civilians remain in Izium and the city lacks electricity, water, gas, mobile communications and internet. According to the official, about 80% of the infrastructure has been destroyed in Izium.