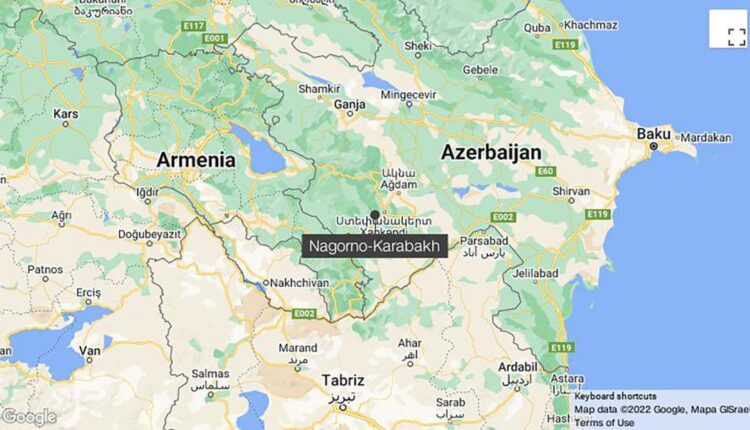 The fighting killed at least one Azerbaijani soldier, according to that country’s foreign ministry on Wednesday.

Armenia’s foreign ministry also said the clashes had resulted in “casualties and wounded ones,” but did not specify how many or which side those belonged to. It also called on the world to step in to stop Azerbaijan’s “aggressive behavior and actions.”

“We are watching very closely, we are naturally concerned about the situation worsening,” he said Thursday. “We ask the parties for restraint and most importantly to implement all provisions of the trilateral documents.”

Both sides have accused the other of launching attacks on military positions in Nagorno-Karabakh.

Russia, an Armenian security ally, maintains a peacekeeping force in the region after brokering a ceasefire agreement in early November 2020, ending an almost two-month conflict that killed at least 6,500 people, according to Reuters.

“The command of the Russian peacekeeping contingent, together with representatives of the Azerbaijani and Armenian sides, are taking measures to stabilize the situation,” the ministry said in a statement, according to TASS.

On Wednesday, the European Union called for an immediate end to the hostilities.

“It is essential to de-escalate, fully respect the ceasefire and return to the negotiating table to seek negotiated solutions,” an EU spokesperson said in a statement.

Nagorno-Karabakh is populated and controlled by ethnic Armenians, and aided by the Armenian diaspora.

It sits inside Azerbaijani territory and is connected to Armenia proper by a costly highway, known as the Lachin corridor, where Wednesday’s clashes took place.

Azerbaijan has long claimed it will retake the territory, which is internationally recognized as Azerbaijani. Control over the area has become a point of nationalist pride in both countries.

The unrest in Nagorno-Karabakh dates back to the collapse of the Soviet Union, when the region, backed by Armenia, declared independence from Azerbaijan.

With additional reporting from Reuters.