Shaun Pinner: Family ‘devastated’ by death sentence handed to British national by a court in DPR 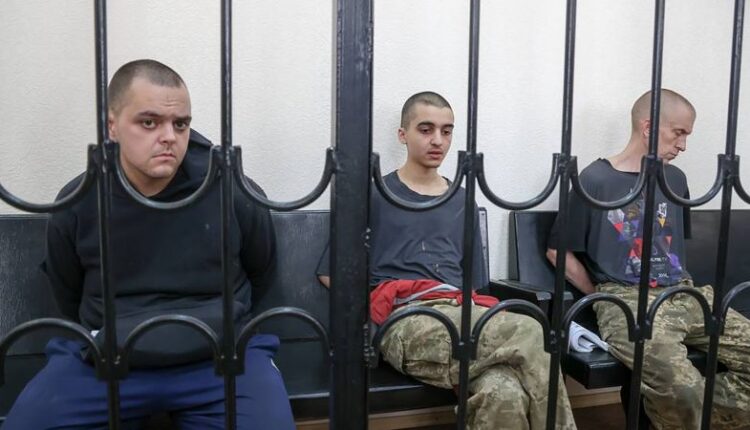 Relatives of a British man sentenced to death by a court in the pro-Russian, self-proclaimed Donetsk People’s Republic (DPR) have said they are “devastated” and that he “should be accorded all the rights of a prisoner of war” according to the Geneva Conventions.

“Firstly, our whole family is devastated and saddened at the outcome of the illegal show-trial by the so-called Donetsk People’s Republic,” Shaun Pinner’s family said in a statement issued by the UK Foreign Office on Saturday.

“As a Ukrainian resident for over 4 years and contracted serving Marine in the 36th Brigade, of which he is very proud, Shaun should be accorded all the rights of a prisoner of war according to the Geneva Convention and including full independent legal representation,” the statement said.

“We sincerely hope that all parties will co-operate urgently to ensure the safe release or exchange of Shaun. Our family including his son and Ukrainian wife, love and miss him so much and our hearts go out to all the families involved in this awful situation,” the family also added.

Pinner was sentenced to death on Thursday alongside compatriot Aiden Aslin and Moroccan national Brahim Saadoune, after they were accused of being “mercenaries” for Ukraine, according to Russian state media outlet RIA Novosti.

DPR authorities said that the three men were foreign fighters who had been apprehended by Russian forces in the Ukrainian city of Mariupol in April. RIA Novosti said that Pinner, Aslin, and Saadoune will be shot.

Russia is the only country that recognizes the DPR as being independent. The global community does not acknowledge the region and its institutions, and considers the region to be part of Ukraine. Independent watchdog groups have historically condemned the separatists for an egregious human rights track record and the maltreatment of prisoners.

RIA Novosti quoted the “head of the judicial board” in Donetsk as saying the convicted men “can appeal the decision within a month.”

Pavel Kosovan, one of the lawyers for the defendants, said that his clients would appeal the verdict, Russian state media TASS reported after the death penalty was handed down.

British Prime Minister Boris Johnson is “appalled” at the death sentences on the Britons, his spokesman said on Friday.

Johnson “has been following the case closely and has asked ministers to do everything in their power to try and reunite them with their families as soon as we can,” his spokesman added.

Earlier this week, UK Foreign Secretary Liz Truss also criticized the DPR’s judgement and said it had “absolutely no legitimacy.”

“I utterly condemn the sentencing of Aiden Aslin and Shaun Pinner held by Russian proxies in eastern Ukraine. They are prisoners of war. This is a sham judgment with absolutely no legitimacy. My thoughts are with the families. We continue to do everything we can to support them,” she said in a statement posted from her verified Twitter account on Thursday.

‘Napalm Girl’ at 50: The story of the Vietnam War’s defining photo