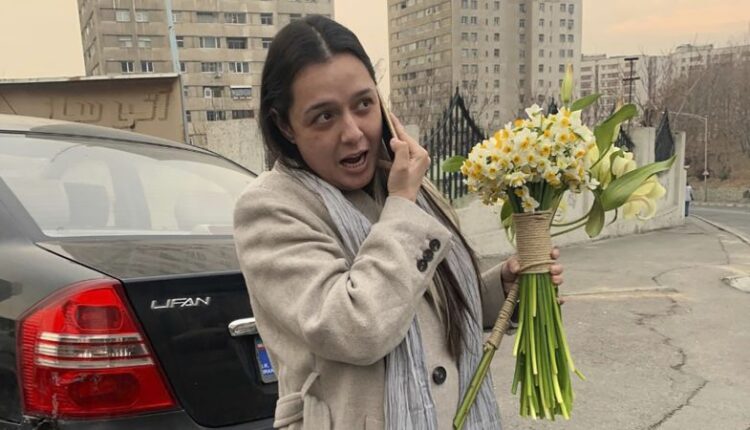 One of Iran’s best-known actresses, who was arrested after she criticized the execution of a man involved in nationwide protests, was released on bail on Wednesday, state-aligned ISNA said.

Taraneh Alidoosti, who starred in the 2016 Oscar-winning film “The Salesman,” had condemned the hanging of Mohsen Shekari, who was killed last month in the first known execution linked to the protests. Shekari was reportedly convicted of “waging war against God” for allegedly stabbing a member of the Basij paramilitary force at a protest in Tehran on September 23.

Alidoosti’s lawyer told ISNA that she was released on bail and reformist outlet Shargh Daily published a picture showing her on the street after her release from the notorious Evin prison without the traditional Islamic hijab covering.

Another picture on social media showed her holding flowers with supporters after her release.

Alidoosti, who has appeared in various popular Iranian TV shows, is known for her activism in the MeToo movement in Iran’s cinema industry and was one of several Iranian celebrities to express support for the protests.

Alidoosti was not formally charged but was initially arrested for “lack of evidence for her claims” in relation to her protest against the hanging of Shekari.

Known as a feminist activist, Alidoosti last month published a picture of herself on Instagram without the Islamic hijab and holding a sign reading “Women, Life, Freedom” to show support for the protest movement.

Several Iranians have been sentenced to death by execution during the nationwide protests, which were sparked by the death of 22-year-old Mahsa Amini after she was apprehended by the state’s morality police for allegedly not wearing her hijab properly.

Her death touched a nerve in the Islamic Republic, with prominent public figures coming out in support of the movement. The protests have since coalesced around a range of grievances with the authoritarian regime.

The Last Of Us Multiplayer Game Gets New Concept Art, More Details Later This Year