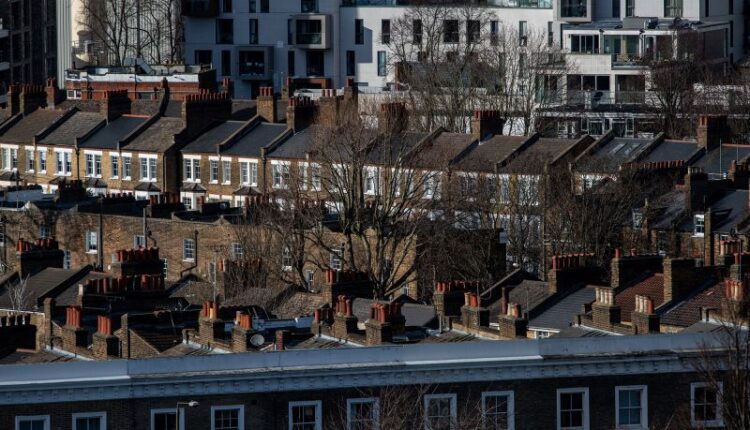 This story is part of CNN Business’ Nightcap newsletter. To get it in your inbox, sign up for free, here.

After tumbling to a record low against the dollar, the British pound stabilized Tuesday, rising more than 1% to $1.08.

But the economic policy that sparked the currency’s historic nosedive yesterday hasn’t gone away. And it’s especially bad news for anyone who isn’t wealthy.

Here’s the deal: Millions of homeowners in the United Kingdom are about to see their monthly mortgage payments increase by hundreds or even thousands of dollars, my colleague Anna Cooban writes.

That’s because the Bank of England is now widely expected to hike interest rates even further to tackle inflation that will be exacerbated by the government’s sweeping tax cuts. Many expect the borrowing rate to hit 6% next year, up from 2.25%.

And unlike in the United States, where mortgages typically hold a fixed rate over 15 or 30 years, British fixed-rate loans have much shorter terms, say, two to five years.

That means many as 1.8 million borrowers are now hurtling toward a financial cliff as they prepare to refinance next year, when the mortgage rate may well have doubled.

Sooooo, let’s do a little math here (and by that I of course mean let’s ask an economist to do the math.)

Samuel Tombs, chief economist at Pantheon Macroeconomics, calculates that a 6% interest rate on the average two-year fixed-rate mortgage in the UK would push monthly payments up a whopping 73%.

In other words, the average homeowner paying roughly $920 a month would suddenly have to pay nearly $1,600.

Meanwhile, the country’s wealthiest households stand to make huge gains. The policy laid out by Prime Minister Liz Truss’ administration eliminates caps on bankers’ bonuses and gives workers making more than $1 million a year a roughly $58,000 tax cut. The vast majority (nearly two-thirds) of the tax gains go to the wealthiest one-fifth of households, according to one think tank estimate.

Naturally, people are already freaking out. Online searches for “remortgage” more than doubled in the UK on Monday, according to analysis of Google search data by Loan Corp, a mortgage broker.

Investors are baffled and consumers are terrified ever since the Truss administration announced its sweeping tax-cut plan, which it believes will spur growth and take the edge off a looming recession.

Citibank analysts called the decision a “huge, unfunded gamble for the UK economy.”

Truss has defended her plan, invoking Reagan-era trickle-down economics that she believes will encourage businesses to invest.

But as my colleague Nicole Goodkind writes, Reagan’s tax policies were far from a slam dunk. According to the US Treasury, tax cuts reduced federal revenues by about 9% in the first couple of years. However, Congress eventually decided the sweeping tax cuts were unsustainable and, with Reagan’s approval, raised taxes by a lot in 1982. And 1983. And 1984. And again in 1987.

Britain has its own historical lessons to draw on: The last time taxes in Britain were cut this much, there was rampant inflation, a massive jump in debt and eventually an IMF bailout in 1976.

The housing frenzy sparked by the pandemic and rock-bottom interest rates is hitting the brakes almost as rapidly as it started.

Home prices rose 15.8% in July from a year earlier — a much smaller jump than the 18.1% growth seen in June, according to the S&P CoreLogic Case-Shiller index. That marks the biggest slowdown in the history of the index.

On a monthly basis, prices fell 0.2% from June.

The two networks were run out of Russia and China, according to Meta, Facebook’s parent company. But Meta didn’t attribute either campaign to specific entities within China or Russia, or to the Chinese or Russian governments.

Why it matters: Like all social media, Facebook has its good parts and bad parts. The platform is both a harmless space for our parents to coo over pictures of one another’s grandchildren and a hot cauldron of toxic disinformation that foreign adversaries are trying to weaponize to undermine American democracy.

Meta is working to fight those disinformation efforts, though critics tend to think it’s not doing nearly enough.

This particular takedown was significant because, according to the company, it has undermined a Chinese campaign directly targeting Americans on issues of domestic policy, such as abortion and gun control.

“Chinese influence operations that we’ve disrupted before typically focused on criticizing the United States to international audiences, rather than primarily targeting domestic audiences in the US,” Meta said.

Although noteworthy because of the timing around US elections, the Chinese effort was relatively small— just 80 Facebook accounts — and apparently unsophisticated. The accounts failed to gain much traction in part because they often bungled the English language while trying to impersonate Americans, per the New York Times.

Meta, which boasts nearly 3 billion users globally, said it is is on high alert for foreign interference surrounding the US midterm elections and has shared details on some of the suspect accounts with the FBI.

The Russian campaign was “the largest and most complex Russian operation we’ve disrupted since the war in Ukraine began,” Meta said in a report Tuesday.

The disinformation effort included a sprawling network of more than 60 websites that mimicked news organizations to push a pro-Kremlin agenda, primarily focused on audiences in Europe.

Enjoying Nightcap? Sign up and you’ll get all of this, plus some other funny stuff we liked on the internet, in your inbox every night. (OK, most nights — we believe in a four-day work week around here.)