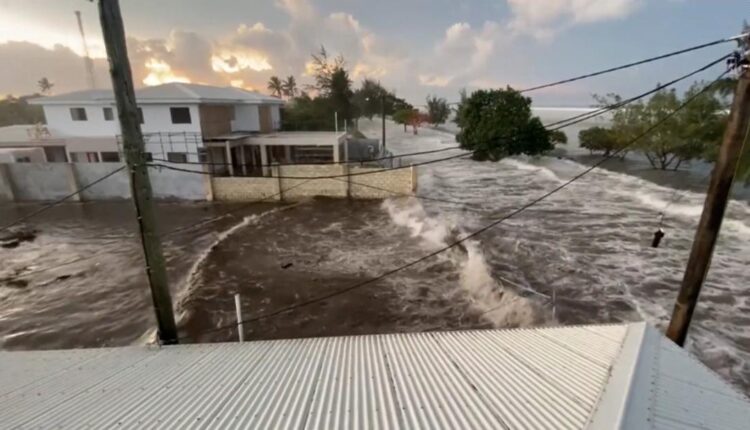 Young told CNN’s Jessica Dean in an interview that the first initial 1- to 2-foot tsunami wave was at about 7:40 a.m. PT, which coincided with high tide, and then a larger wave occurred around 8:50 a.m.

“I was at our harbor, where our surge was approximately 7 feet. So before we have the wave come in to increase the level, it draws everything out of the harbor, and then it comes in. And so it was about a 7-foot increase inside of about 3 minutes, so it creates a strong current, and then damage occurred in the harbor to some of the docks,” he said.

“When it comes, it comes quickly. That’s the difference. Not just a 1-foot wave, but it comes in a surge because it draws all the water out first and then it comes in,” he added.

Santa Cruz has closed its beaches for safety reasons.

“Even though they don’t look like they’re dangerous at the time, there’s a reason for it,” he said.

“Everybody that was walking up to us in between said, ‘well, it’s 1 to 2 feet, what’s the big deal?’ And then when they saw the high mark on these docks, they realized that’s 6 feet higher than right now, and the swing happens that fast. So if you’re out on a beach and you have a 6-foot increase in the water level inside of 3 minutes, you may be stuck in the water and not able to exit,” he said.

Remembering The History And Lore Of Halo Reach | Video Gameography