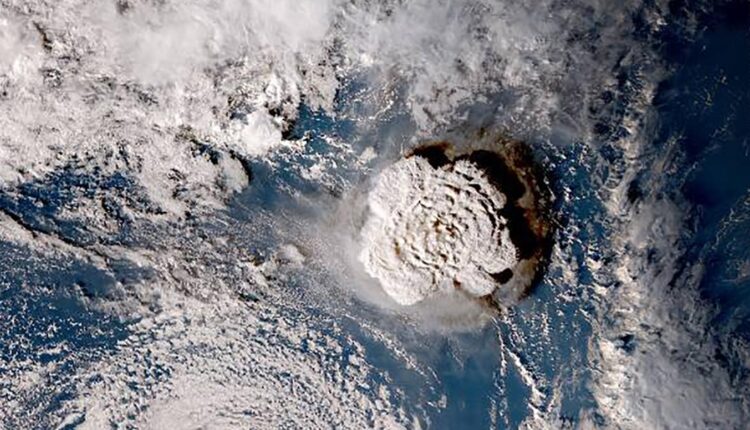 Jim Garvin, chief scientist at NASA’s Goddard Space Flight Center, said the eruption of the Hunga-Tonga-Hunga-Ha’apai volcano on January 15 released “hundreds of times the equivalent mechanical energy of the Hiroshima nuclear explosion,” referring to one of two atomic bombs dropped by the United States on Japan during World War II.

“This is a preliminary estimate, but we think the amount of energy released by the eruption was equivalent to somewhere between 4 to 18 megatons of TNT,” Garvin said on NASA’s Earth Observatory website.

In comparison, scientists estimate the 1980 Mount St. Helens eruption released 24 megatons of energy, and Krakatoa — one of the biggest volcanic events in history — erupted in 1883 with 200 megatons, according to NASA.

The eruption near Tonga sent volcanic material surging as high as 40 kilometers (25 miles) into the atmosphere and generated tsunami waves up to 49 feet (15 meters) high that hit parts of the archipelago including the Pacific nation’s main island.

A volcanic cloud extended to cover all of the country’s roughly 170 islands, according to Tonga’s Prime Minister, impacting the entire population of more than 100,000 people.

Garvin and a team of international researchers evaluated changes in land mass of the volcano since 2015, when an eruption connected two pre-existing islands, Hunga Ha’apai and Hunga Tonga, into one land mass.

Following the eruption this month, all of the new land has gone along with “large chunks” of the two pre-existing islands, the researchers said.

The eruption and tsunami killed at least three people, destroyed hundreds of homes and left remote islands cut off from the world with no communications. Photos show entire island communities blanketed by thick volcanic ash and debris.

Aid agencies and Tongan politicians warned of potential food shortages after crops were ruined by the ash as rescue workers raced to deliver safe drinking water to the islands.

The first contactless aid flights arrived in Tonga last week, with the coronavirus-free nation taking precautions to keep the virus out.