Ukraine war ‘perhaps in some way either provoked or not prevented,’ says Pope Francis 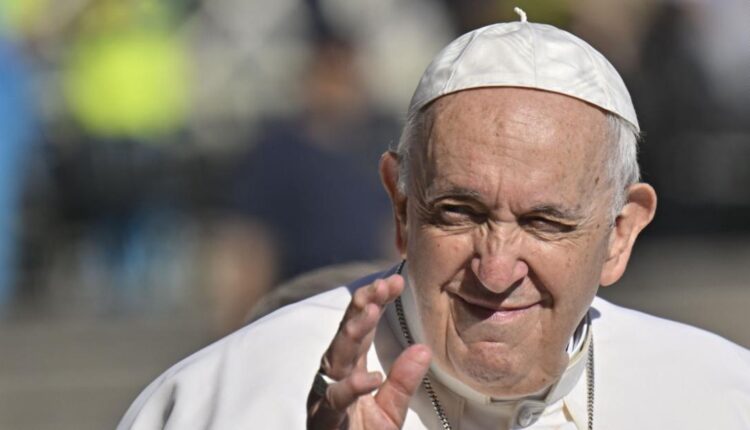 “What we are seeing is the brutality and ferocity with which this war is waged by the troops, generally mercenary, used by the Russians,” the pontiff reportedly said during a conversation with the directors of the Society of Jesus cultural publications on May 19, adding that the Russians “prefer to send Chechens, Syrians, mercenaries forward.”

“But the danger is that we only see this, which is monstrous, and we do not see the whole drama that is unfolding behind this war, which was perhaps in some way either provoked or not prevented. And I register an interest in testing and selling weapons. It is very sad, but basically this is what is at stake,” he said.

The Pope said he is not “in favor” of Russian President Vladimir Putin but “simply against reducing complexity to the distinction between good and bad, without thinking about roots and interests, which are very complex.”

“While we see the ferocity, the cruelty of the Russian troops, we must not forget the problems to try to solve them,” he added.

Pope Francis said that before Russia invaded Ukraine he met with “a head of state” who “was very worried about how NATO was moving.”

“I asked him why, and he replied: ‘They are barking at the gates of Russia. And they do not understand that the Russians are imperial and do not allow any foreign power to approach them,'” said the Pope, adding that the unnamed “head of state” told him “the situation could lead to war.”

Pope Francis also said he hopes to be able to speak with the head of the Russian Orthodox Church, Patriarch Kirill, later this year, after a meeting between the pair that had been scheduled to take place on Tuesday was ultimately postponed because of the war in Ukraine.

“I was supposed to meet him on June 14 in Jerusalem, to talk about our affairs. But with the war, by mutual agreement, we decided to postpone the meeting to a later date, so that our dialogue was not misunderstood,” Pope Francis said.

The Pope said he hoped to meet the Russian Patriarch at a general assembly in Kazakhstan in September. The Pope recently cancelled a trip to Africa due to a knee injury.

In separate remarks published Tuesday by the Vatican, the Pope said the invasion of Ukraine “has now been added to the regional wars that for years have taken a heavy toll of death and destruction.”

“Yet here the situation is even more complex due to the direct intervention of a ‘superpower’ aimed at imposing its own will in violation of the principle of the self-determination of peoples,” said the Pope as part of a message for the Roman Catholic Church’s World Day of the Poor, which will be marked in November.