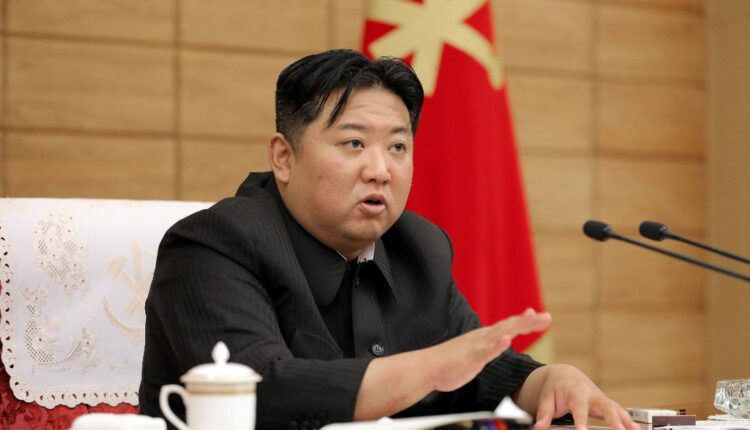 0
Share
North Korea’s launch of three ballistic missiles on Wednesday included one that flew an unusual trajectory, according to the officials. The missile had a flight path that two officials described as a “double arc” with the missile ascending and then descending twice.

The trajectory may indicate that the goal was to test North Korea’s ability to fire a missile and have it re-enter into the Earth’s atmosphere to reach a target, according to two of the officials.

The second phase of the missile’s possible “double arc” may have been a re-entry vehicle breaking off from the main missile. It’s not yet fully clear to the US if that was all part of the planned flight path, one official said.

The US intelligence assessment of all three test launches is still in the preliminary stages, the officials emphasized.

“The United States, the ROK, and Japan express deep concern about the May 25 DPRK launches of an intercontinental ballistic missile and shorter-range ballistic missiles,” read a joint statement from US Secretary of State Antony Blinken, South Korean Foreign Minister Park Jin and Japanese Foreign Minister Yoshimasa Hayashi on Friday. “The DPRK has significantly increased the pace and scale of its ballistic missile launches since September 2021. Each of these launches violated multiple UNSC resolutions and posed a grave threat to the region and the international community.”

The missile tests followed US President Joe Biden’s trip to the region, which included a stop in South Korea.

It is not clear which of the three missiles launched had the unusual flight pattern. Japan had publicly hinted that one of missiles flew in an unusual manner, with Japan’s Defense Minister Nobuo Kishi calling it an “irregular trajectory.”

South Korea said a presumed ICBM was fired at about 6 a.m. local time Wednesday with a flight range of about 360 kilometers (223 miles) and altitude of approximately 540 kilometers (335 miles).

At about 6:37 a.m. local time Wednesday, North Korea fired a second ballistic missile — not believed to be an ICBM — which seems to have disappeared from South Korean tracking at an altitude of 20 kilometers (12 miles), South Korea said. One preliminary assessment indicated it possible the missile flew over a populated area of North Korea.

The third missile, presumed to be a short-range ballistic missile (SRBM), flew about 760 kilometers (472 miles) and had an altitude of 60 kilometers (37 miles), South Korea’s Joint Chiefs of Staff said.

The US ambassador to the United Nations Linda Thomas-Greenfield confirmed one missile had intercontinental range in a statement, “The DPRK’s May 25 launch of three ballistic missiles included yet another ICBM launch. The United States assesses this is DPRK’s sixth ICBM launch since the beginning of 2022.” She warned that the regime has launched 23 ballistic missiles since the beginning of the year and “is actively preparing to conduct a nuclear test.”

The latest launches mark the 16th time that North Korea has tested its missiles this year, including what the US believes was a failed ICBM test on May 4 that exploded shortly after launch.

But North Korea is thought to have tested an ICBM in late March.

That missile flew to an altitude of 6,000 kilometers (3,728 miles) and a distance of 1,080 kilometers (671 miles) with a flight time of 71 minutes before splashing down in waters off Japan’s western coast, according to Japan’s Defense Ministry.

This story has been updated with additional details Friday.