US to block millions for Egypt over human rights 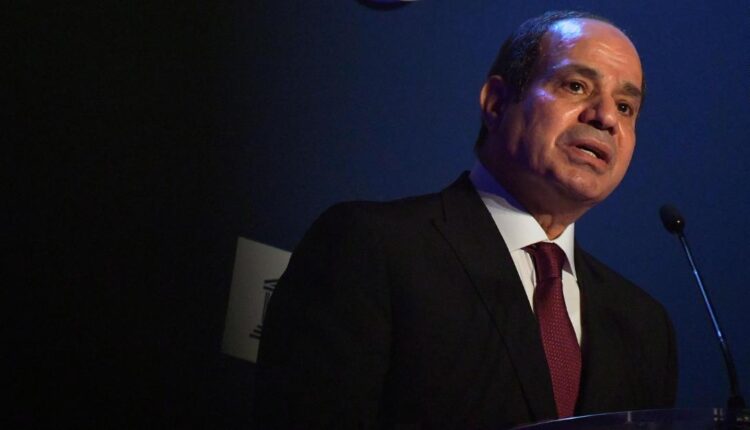 0
Share
The rare move against a close ally comes just days before a January 30 deadline for the State Department to announce plans for the funds, which are the remaining portion of a controversial $300 million tranche of aid that was split up in September with just over half given to Egypt then and the remaining amount held back until now over human rights concerns.

“The last place that needs $130 million is Egypt,” the senior State Department official said, adding that Congress has been informed and there is “complete consensus” within the department on the recommendation that Secretary of State Antony Blinken not allow Egypt to receive the money which will now be allotted to other countries.

Two congressional sources confirmed that they were briefed on Wednesday about the State Department’s plans, and human rights activists who spoke with CNN had also been informed.

State Department spokesman Ned Price told reporters on Thursday that the status of the money has not changed and that Blinken “has yet to make a determination.” Blinken spoke with his Egyptian counterpart, Sameh Shoukry, on Thursday about a range of issues, including human rights, but the department’s summary of the call did not mention the aid money.

The Egyptian embassy in Washington did not immediately respond to a request for comment but the senior State Department official said they have been told they will not be receiving the money.

The “Egyptians are not thrilled,” the official said.

The denial of the funds for Egypt is a first for the Biden administration, following on President Joe Biden’s campaign trail vow to end “blank checks for Trump’s ‘favorite dictator,'” Egyptian President Abdel Fattah el-Sisi.
While the move is both punitive and symbolic, human rights activists argue that those millions withheld are dwarfed by the $2.5 billion sale of US weapons and equipment to Egypt authorized just this week by the Biden administration.

“This is the right thing to do, but unfortunately the impact and effectiveness of this decision is undermined by simultaneously moving forward with arms sales, nearly 20 times more than the amount being reprogramed,” said Seth Binder, the director for advocacy at the Project on Middle East Democracy.

The sale, which includes a dozen large transport planes and three radar systems, are in the US security interest and being paid for in part with American military aid money already received by Egypt, the State Department official countered.

Price told CNN after this article was published Friday that “the statements from this anonymous so-called senior official do not reflect the position of the Administration or the State Department.”

“Our relationship with Egypt is multifaceted and Egypt is a valuable partner across many fronts. The United States remains committed to engaging with Egypt on human rights issues,” Price said, not disputing the reporting on the department’s decision which had not yet been announced on Friday evening.

The amount Egypt will now not receive is 10% of the roughly $1.3 billion in military financing the US gives Egypt each year. The State Department can use an oft-criticized national security waiver to bypass the human rights stipulations attached to the aid, as it has in the past.

Blinken did not use the waiver for the September tranche of $300 million, but the administration was harshly criticized by activists and some lawmakers for bypassing conditions set by Congress and releasing any money at all. The remaining balance of $130 million was contingent on ending what’s known as Case 173, which saw the prosecution and investigations of human rights groups, as well as travel bans and asset freezes. Charges would also need to be dropped against 16 individuals targeted for political reasons.

Some progress has been made, according to activists, including releases that appear to be connected to the 16 people and some lifting of Case 173 investigations. That progress is connected to the US pressure, they argue. But the targeting and persecutions continue, the US conditions far from met.

“The Biden administration set an incredibly low bar for Egypt to clear — far lower than Congress intended — to receive its full military aid,” said Andrea Prasow, the executive director of the Freedom Initiative. “At the same time, we now know that pressure works when our rhetoric has teeth. The fact that any progress was made on prisoner releases is only because the administration held firmly to its conditions, and we should insist that doing so is the only path forward in relations with Egypt.”

In 2017, the Trump administration withheld almost $300 million in aid over human rights, and while $195 million of it was eventually released, almost $100 million was denied.

In September, the $170 million handed to Egypt was designated for counterterrorism, border control and non-proliferation.