What does Taiwan think about the possibility of a visit by Nancy Pelosi? 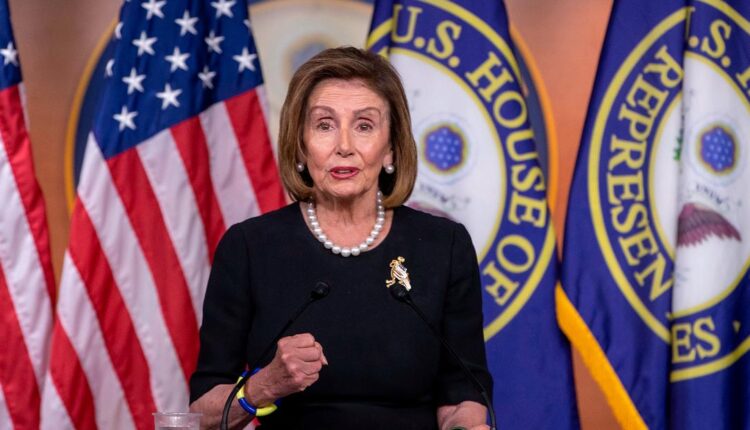 While Pelosi — a forthright critic of Beijing — has so far declined to confirm the reports, she has said it is important for the US to show support for Taiwan, and lawmakers on both sides of Washington’s political divide have urged her to go. China, meanwhile, has lashed out at the idea, vowing to take “resolute and forceful measures” if any trip goes ahead.

Far less vocal, however, has been the island at the center of the controversy.

There has been no statement in favor of, or against, Pelosi’s potential trip from Taiwan’s President Tsai Ing-wen or her office — though Premier Su Tseng-chang said on Wednesday that Taipei was “very grateful to Speaker Pelosi for her strong support and kindness towards Taiwan over the years” and that the island welcomes any friendly guests from overseas.

Analysts say the relative silence is because Taiwan, a democratic self-governed island of 24 million people that China’s ruling Communist Party claims as part of its territory, despite never having controlled it, finds itself in an awkward spot.

Taiwan, they point out, depends on US arms to defend itself against the possibility that China could invade and forcefully take it over — so it does not want to be seen as discouraging support from one of the US’ most powerful politicians.

Yet if Taiwan appears too enthusiastic about the possibility of a Pelosi visit, the experts say, it risks fueling Beijing’s anger.

On Thursday, Taiwan’s Foreign Ministry said it had “not received any definite information regarding Speaker Pelosi’s visit to Taiwan” and had “no further comment on this matter.”

A person familiar with Pelosi’s plans said she planned to depart Friday, US time, for a tour of Asia, and that the trip would include stops in Japan, South Korea, Malaysia and Singapore — but whether she will stop in Taiwan remains uncertain.

Political analysts said part of the reason Taiwanese authorities are keeping a low profile is because doing so could help deflect any blame if such a trip does go ahead — Beijing would then be more likely to blame Washington, rather than Taipei, they say.

“It is in the interest of the Taiwanese government to remain low key and avoid giving the perception that Taiwan is actively encouraging Pelosi’s visit,” said Wen-ti Sung, a political scientist at Australian National University’s Taiwan Studies Program.

“If Taiwan remains muted and Pelosi comes, it will likely be read as a decision made by the US or Pelosi,” he said.

“But if Taiwan openly calls for her to visit, Beijing could frame it as a plot by Taiwan. Countries in the region — like Japan, South Korea or even Australia — might also become less sympathetic towards Taiwan if they feel Taiwan is actively creating an issue out of nowhere.”

However, that may only be part of the reason for Taipei’s relative silence.

While international media has extensively covered Pelosi’s potential visit, it has barely made the headlines in Taiwan this week.

Wang Ting-yu, a Taiwanese MP from the ruling Democratic Progressive Party, said this was partly because Taiwanese audiences had become inured to threats from Beijing — which has had designs on the island ever since the end of the Chinese civil war more than seven decades ago.

Brian Hioe, a Taiwanese-American living in Taipei who founded the New Bloom Magazine, covering Taiwan’s politics, said Taiwanese people are not generally too worried about the potential repercussions of Pelosi’s visit, as Beijing has made similar threats in the past.

“China’s threats occur with such frequency that it’s something like background noise,” he said. “And so people here actually don’t really think that seriously about the possibility of repercussions from a Pelosi visit.”

‘China is obligated to react’

At the same time, analysts caution against interpreting the lack of official reaction from Taiwan as meaning it is unaware of the potential dangers should Pelosi visit.

And as the hype around her potential trip grows, each side will feel they need to stick to their positions to avoid looking weak, commentators said.

The matter was discussed at length in a phone call Thursday between US President Joe Biden and Chinese leader Xi Jinping — who warned “those who play with fire will perish by it,” according to a statement provided by the Chinese Foreign Ministry.

Analysts said if Pelosi doesn’t come, the US risks looking like it was scared of China’s possible response. Meanwhile, increasing speculation about what China might do to retaliate could back Beijing into a corner where it felt it had to do something to avoid losing face if a visit goes ahead.

“At this point in time, because there’s already been so much commentary and discussion of how China might react, I think China is obligated to react at this point,” Hioe said.

“So I think there will be some kind of reaction from China, and it will try to make it seem as if it’s much more significant.”

Despite such concerns, MP Wang said Taiwan is “not anyone’s pawn” and that China should not be able to dictate who visits the island.

“There is no room for China to interfere in the diplomatic interactions between Taiwan and the United States,” said Wang, a member of the parliament’s Foreign Affairs and National Defense Committee.

“We welcome all our friends from the United States and around the world. So whether Pelosi comes or not, we respect their decision. However, don’t let China interfere.”

Su Tzu-yun, a director of Taiwan’s Institute for National Defense and Security Research, said the island “welcomes any friends from other countries, and we appreciate any support from the international community.”

He said that were the situation to escalate, it would be Beijing’s responsibility.

“Taiwan will never become a so-called freerider (on the US). We will show our willingness to defend ourselves,” he said.