Why You Shouldn’t Overlook Final Fantasy XII: The Zodiac Age 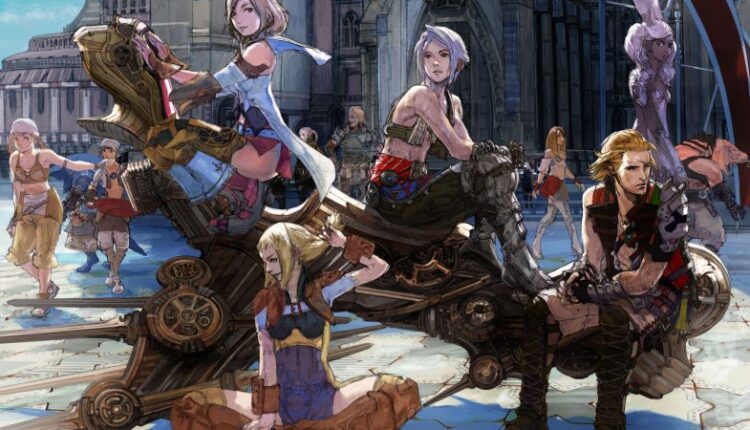 
My uncle bought me Final Fantasy XII for my birthday in 2006. At 10 years old, a lot of the combat mechanics and branching plotlines were confusing. Regardless, I was enamored with the game’s vibrancy: I specifically recall marveling at hair and garments fluttering in desert winds as well as azure sparks flashing from clanging swords and shields. To this day, it remains my favorite Final Fantasy.

The game was originally released as a PlayStation 2 exclusive, but in the past few years, a remaster called, Final Fantasy XII: The Zodiac Age launched on PlayStation 4, Xbox One, Switch and PC with performance enhancements, deeper job customization, and various quality-of-life changes. More recently, Square Enix released the remaster on PlayStation Now. If you’ve never experienced Final Fantasy XII, this is why you should jump at the chance as soon as possible.

Like most installments in Square Enix’s beloved series, Final Fantasy XII chronicles the lives of heroes rising against a greater antagonistic force. Where other entries employed moody, often unrelatable caricatures to drive their plots forward (that’s right, I’m talking about everyone’s favorite heroes, Cloud and Squall), Final Fantasy XII is less about individual motivations and more about the sum of its ensemble parts.

Street urchins Vaan and Penelo call the impoverished slums of Rabanastre home. While Penelo attempts to find silver linings in their plight, Vaan looks to the sky with dreams of owning an airship and living freely. After many chance encounters with shady folk, the two youths are flung into a world of political intrigue and clandestine coup d’états. Even so, they learn to find companionship in others: Ashe, a forsaken princess, Basch, an exiled soldier, and Balthier and Fran, wanted bounty hunters.

Despite their oddball mix, each member of Final Fantasy XII’s main cast shares similar insecurities – cowardice, loneliness, unresolved grief, and doubts of self-worth. Vaan and his ragtag team of outcasts remain some of the greatest characters in Final Fantasy lore because they’re so easy to root for. Despite struggling with personal shortcomings, they continuously discover ways to defy fate.

Like Final Fantasy Tactics and Vagrant Story, Final Fantasy XII’s narrative takes place in the Kingdom of Ivalice. Most of the continent is filled with the unexplored ruins of ancient dynasties. But when your party is not traversing every labyrinthine fortress checkered throughout the expansive backdrop, you’re navigating breathtaking metropolises and townships. As Vaan, you start within the cluttered cityscape of Rabanastre, filled with diverse districts including bazaars and palaces. But beyond the opening hours, players discover larger areas with increasingly exotic fauna including waterways with flaming stallions, badlands with roaming tyrannosaurs, and misty jungles with green chocobos.

Each setting in Final Fantasy XII is aesthetically unique and teeming with secrets. Some areas, like the Skycity of Bhujerba, can only be reached via airship; that’s as simple as purchasing a one-way ticket. Other locations must be discovered on foot, but hubs are small-scale and (in some cases) linear, meaning that traversal is simple. What’s more, Ivalice houses various ethnic groups. For instance, Fran, with her rabbit-like ears and seven-foot stature, is a Viera who hails from Eruyt Village. Other races like the Nu Mou – bipedal canines – are religious nomads. Despite being a cultural melting pot, Ivalice’s racial tensions make intermingling increasingly difficult. To see this negativity reflected in the way strangers react to Fran (and the rest of your human party for even associating with her), makes the game world feel organic and lived-in.

Fans of traditional as well as modern Square Enix RPGs will find that Final Fantasy XII displays a healthy mix of turn-based and real-time combat: ATB gauges (or cooldowns) from older games make a welcome return, adding an urgency to attack input and party positioning. And a dynamic camera with real-time action makes battles feel intuitive and streamlined.

Rather than unlocking nodes on a static skill tree, progression in Final Fantasy XII is an immersive minigame. Upgrades are recorded through job licenses – spaces on a sprawling checkered board that unlock ultimates, weapon and armor sets, and stat augmentations. These licenses correlate with assigned jobs (or classes). Each job has its own board, but some may share licenses that, when purchased, overlap. For example, my Balthier is a White Mage and Machinist. Both job boards have “swiftness” licenses which lessen cooldown timers. By buying one swiftness node on the White Mage board, I can access adjacent abilities on the Machinist board.

Players can make a plethora of job combinations to stack overlapping skills and take down the game’s most fearsome bosses. With the added benefit of “gambits” – a customizable command system that programs characters to perform important actions like healing low HP allies or attacking specified targets – battles become relaxingly automated, removing the need for frustrating micromanagement.

My favorite RPGs always focus on what matters most: character-driven stories with vibrant locations and fun, captivating gameplay. In 2006, Final Fantasy XII met those standards and it continues to be one of my fondest gaming experiences. The Zodiac Age expanded upon on all the features that made the original great. And now that it’ll be available to every console player in a few weeks (PlayStation Now accessibility means PS5 owners can finally dive in!), I can’t help but be excited to explore its world once again. If you love intuitive gameplay as well as the age-old “Final Fantasy formula” done right – an eccentric cast of relatable characters, an epic-scale odyssey, and grand boss fights – then Final Fantasy XII is for you!

If you’re excited about the remaster too, watch our video detailing four things you need to know about the game in preparation for its re-release.

Boris Johnson: What is the ‘pork pie plot’ and what does it mean for the UK Prime Minister?